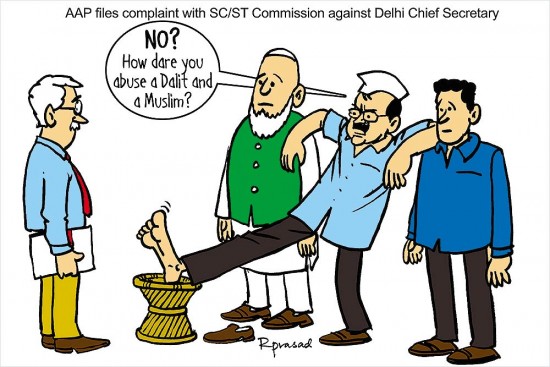 One For The Poli Road

Just when he thought he had done his last movie and would soon launch his own party, Rajnikanth is apparen­tly under pressure from his wife to do another. The wife, Latha, was incident­ally orde­red by the Supreme Court to pay up Rs 6.2 crore she owes an adv­ertising agency. Rajni is said to be averse to the idea as he does not want to sully his political take-off with the poor business dec­isions made by his wife and daughter. Instead of doing one more movie, Rajnikanth may sell one of his properties to settle the debt. “His family could be his biggest liability in politics just as it has been for his film ­career,” quips a producer.

The much-touted patch-up ­bet­w­een former Delhi chief ­minister Sheila Dikshit and her bugbear Delhi Congress president Ajay Maken has failed to impress sceptics in the Grand Old Party. They beli­eve the truce is tenuous and may not survive long. With the AAP government in Delhi floundering,...