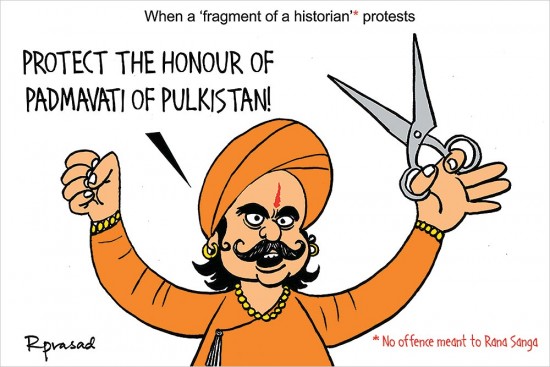 Did the chief of a news outfit submit a false affidavit to gain a permanent Parliament pass? Parliament has its own rules about issuing press passes and it is very strict in enforcing them. Even the legendary Vinod Mehta was not offered a Central Hall pass because he never covered the proceedings. Yet, this head honcho shamelessly claimed he had done the mandatory sessions and hence is eligible for a pass. And got it too. Insiders, who never appreciated the para-dropper from a foreign news organisation, are up in arms. Have we heard the last of it or will there be a bit of litigation too? Ask Pgurus.

VIP As A Mango Man

Mango ice cream has provided succour to many high-profile ­accused who have to wait for hours at the headquarters of the Central Bureau of Investigation (CBI) in New Delhi for their ­int­errogation to be completed. For former finance minister P. Chidambaram’s son Karti Chidambaram, the ice cream is indeed the high point of his visits for questioning in the Aircel-Maxis scam and allegations that he used his father’s influence to clear foreign investment worth around Rs 300 crore in a television company. The interrogator is usually an officer hailing from Tamil Nadu, claim CBI sources. Karti is also said to be offered meals every time there is a delay, but he apparently chooses to have mango ice cream only.

Bureaucrats cozying up to pol­itical leaders and seeking post-­retirement sinecures isn’t new. However, ever since some ret­ired bureaucrats were elevated as ministers in the Modi government, the BJP HQ is buzzing with babus—mostly retired or nearing retirement—keen to join the party. Many are from southern states, where the BJP is seeking to expand its base. Sources...