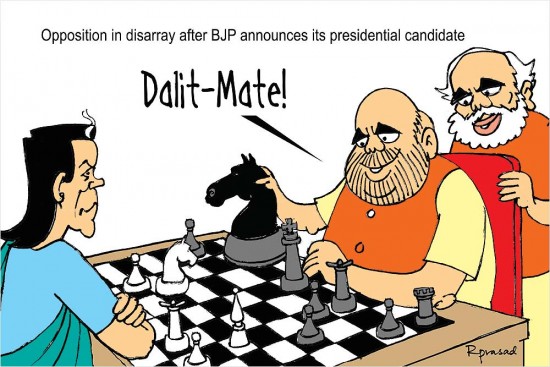 The Fast And The Furious

A year ahead of assembly polls, Mad­hya Pradesh politics has attained near-farcical proportions. Soon after CM Shivraj Chouhan ended his “indefinite fast” in 24 hours, the Congress claimed he had pulled a fast one and done nothing for the farmers. Jyotiraditya Scindia took it up a notch with a 72-­­hour satyagraha after he was stopped from visiting Mandsaur, where agitators had been shot dead. Party colleague Kamal Nath, at logg­erheads with him, had made it to Mandsaur with Rahul Gandhi when Scindia was vacationing, forcing him to return in haste for making his presence felt at ground zero.