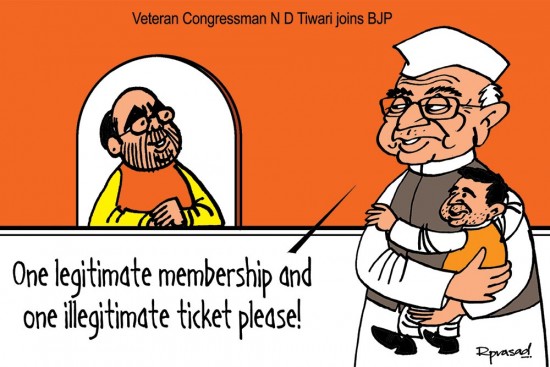 Food minister Ram Vilas Paswan is busy setting his health record straight. This past week he was admitted to the ICU of a Patna hospital because of respiratory trouble. What bothered Paswan more was that news spread through Bihar that he had been seriously ill. Paswan took to Twitter to say he was fine. His party blamed his local detractors. Once out of hospital a day later, he sent out more tweets to say he was back at work. Back in Delhi, his staff invited journalists to have tea with him. The idea was to demonstrate that he was in fine fettle and stop the rumours about his health.

Cozying Up To Opponents

A subtle recalibration of the tie-up between Nitish Kumar and Laloo Prasad Yadav seems to be in the process. While Bihar Chief Minister Nitish Kumar is said to be cozying up to PM Narendra Modi and the BJP apparently to keep his future options open, Laloo is not to be left behind. In an apparent bid to counter-balance equations, Laloo rec­­ently visited Sadaquat Ashram, Congress HQ...