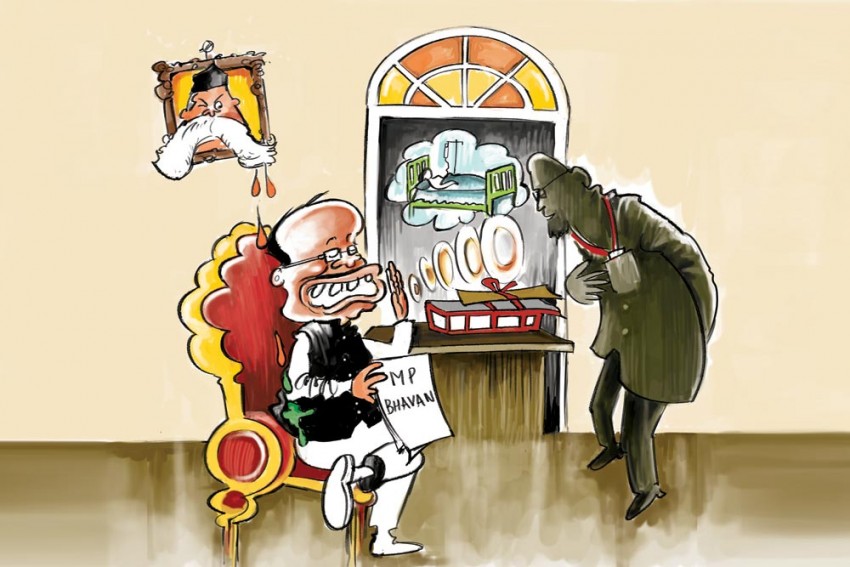 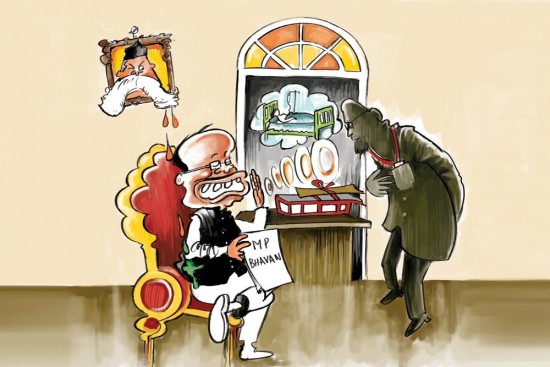 Madhya Pradesh
A Friend In Need

Even as the intolerance debate rages on in the country, BJP CM Shivraj Singh Chouhan has gone out of his way to help a senior Muslim IPS officer of the state cadre. The officer’s daughter is seriously ill and is being treated in a hospital abr­oad and he is on deputation at the Centre. The CM first tried to get him posted at the Indian embassy in that country. When that failed, he tried to get his central deputation extended so that he could at least stay in Delhi but that plea too was turned down. Chouhan then ordered the creation of a special post in MP Bhawan in Delhi and posted the officer there. One wonders what the Sangh brotherhood has to say about this appeasement.

What kind of ties do Modi and Didi share? The Congress and CPI(M) say they are “two sides of the same coin”, which means that while they have a mock pub­lic rivalry going, with Mam­ata Banerjee shouting from the rooftops about how the BJP government is going after her party members with the chit fund scam, in reality they have an “understanding”. A source even says that though the CM’s planned Delhi visit to meet the PM is projected as a meeting in which she will complain against the CBI’s “vengeful” arrests, actually they are expected to discuss logistics of exactly how they can help each other.

A politician with roots in the new Andhra Pradesh recently paid Rs 60 lakh for a postgraduate medical seat for his daughter-in-law after she found it difficult to get a seat on merit. The going rate for an MD seat in the said college, a well-known one in Hyderabad, was a cool Rs 1 crore but a little influence and a word put in by a prominent Rayalaseema leader did the trick. A discount of Rs 40 lakh came through. Sources tell us the politician actually split the cost of the seat 50-50 with his samdhi (bahu’s father). The VVIP student is now in her first year and an insider says it will be no surprise if a corporate hospital fast-tracks her on to its rolls upon the completion of her course.

When SNDP general secretary Vellappally Natesan started on a yatra to unite the state’s maj­o­rity Hindus, the state BJP lea­dership rallied around him. After all, the party had made some gains in local body polls by aligning with the SNDP. But when an FIR was lodged agai­nst Vellappally for making an inflammatory speech—he acc­u­sed the Congress-led UDF government of giving aacid to an auto-driver who had died while trying to rescue migrant workers only because he was a Mus­lim—local BJP leaders quickly ditched him. Reason: fear that he would eclipse them as lea­der of a possible third front....

Overheard Two top cabinet ministers are not seeing eye to eye, one of them accusing the other of blocking his schemes. As it happens, the RSS likes the accuser and distrusts the other.

In Praise Of A.B. de Villiers