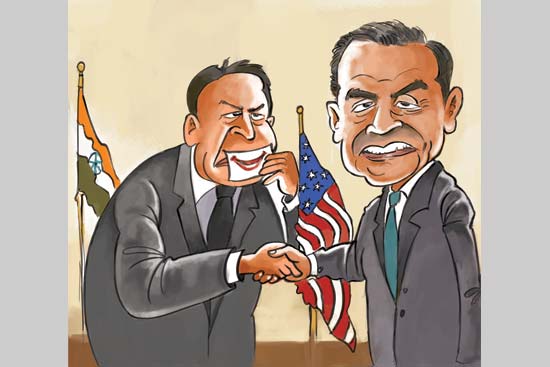 Heard: Of the 60 IAS officers who applied for the TRAI chairman’s post, only eight were called for an interview

Overheard: After getting the UP CM to abandon janata durbars, a bureaucrat who takes orders from Mulayam holds them in his house

Delhi
Not A Suitable Man?

The disappointment is palpable seven months after the appointment of Richard Verma as the Ambassador to India of the United States. The BJP government has never really been happy with Barack Obama’s “farewell gift” to India. Senior diplomats have complained in private that Verma is a letdown for a post that has attracted political heavyweights (like Nancy Powell, David Mulford and Robert Blackwill) or academic greats (John Kenneth Galbraith). Verma, unfortunately, does not fit in either of those categories. And he has not displayed initiative and political outreach that goes beyond his brief. Worse, his Indian origin is...