It's not 'lovely cricket' that kills but its loss, its empty after-hours 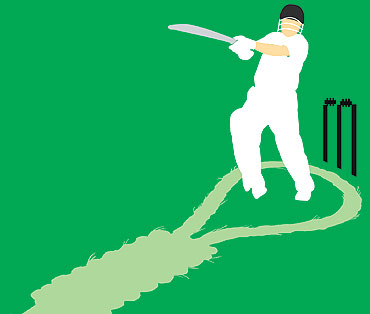 outlookindia.com
-0001-11-30T00:00:00+0553
There can be no denying the reality that cricket bears a burden of suicide which seems heavier than anything known in other sports. I've researched into this for several decades, and in 1990 wrote By His Own Hand, cricket's first major study of the subject. One upshot of the book was that people now knew where to direct their enquiries and discoveries on the matter. In a few years, so much additional and revised material had accumulated that I felt obliged to rewrite the book. It expanded from 80 case histories to 150 from all areas of the game.

It was my duty to try to sort out deaths for which cricket might have been to blame against those for which it was not. Keen to exonerate my beloved game, in many cases I established that men had been driven over the edge by the extreme crises which can afflict people generally: financial, physical, marital/sexual, sometimes all these factors combined, as in the case of Australian batsman Jim Burke, who shot himself in 1979. Personal pressures hit people in all walks of life, not just cricketers. So here, it seemed safe to say, the game was not to blame.

However, the very nature of cricket—as I know well—can impose a terrible strain on the nerves. As the seasons pile up, there is a risk that cumulative, damaging pressure can affect the nervous system. Cricket, after all, is a long-drawn-out pastime or profession, with uncertainties and fluctuations stemming from exhilarating triumphs and dreadful disappointments.

It's also a somewhat closed world because of its time-consuming nature, promoting group strength. The companionship and the sense of togetherness have been compared with serving in the armed forces or even being in prison. So the hidden corrosive factor is not cricket itself but the loss of cricket, the barren aftermath. It's the emptiness that follows that can damage the soul. England wicketkeeper David Bairstow was an example: a popular and fun-loving fellow who lived for the spotlight, he later, after reluctant retirement as a player, found it impossible to live without it. His problem was compounded by financial and health problems. He hanged himself in 1998.

An experienced cricketer at least has reflections of his successful days to comfort him for the rest of his life. But what of the young man who craves success but is denied it either by a shortage of talent or nervous cohesion or—far worse—by a perceived unfair exclusion by ignorant or deliberately biased selectors? All that fame and fortune and travel and television exposure snatched away by some posturing official? Frustration is a damaging force.

My researches took an unexpected turn recently when items began to filter through from India, whose cricketers had scarcely featured in my two books. (The burden of suicide among cricket folk had seemed to fall almost exclusively upon Anglo-Saxon men.) First came stories of cricket fanatics on the subcontinent harming themselves—sometimes fatally—because their team lost some match. Then came stories of youngsters in India who craved the fame and fortune that cricket now offers. With someone blocking their paths, life suddenly seemed scarcely worth living. It is an alarming direction, pointing to parallels with Hollywood, where so many unsuccessful actresses and actors have destroyed themselves when careers faltered. Like so many tyro cricketers, they simply wanted to be stars.

Modern razzmatazz has much to answer for. To fail to get to the top in cricket today, especially in India it seems, leaves some youngsters with shattered dreams of fame and fortune. In years gone by a boy would calmly have been aiming just for the honour of playing for his country, with its pleasant travel opportunities. Nobody got rich from playing. Now it's big business, gaudy glamour. As in the wider world, there are manipulators and dodgy dealers—and broken hearts.

Who am I to say that there's more to life than cricket? I've given most of my life sampling every aspect of this beautiful game. Perhaps that's the secret: if the thought of giving the game up (or perhaps the game can simply give up on us) seems too much to handle, take it out on the players in that televised match: boo them or cheer them; or find yourself a good book; or help some little kid somewhere learn how to bat, bowl and field.

Don't let cricket gobble you up. There's more to life. Well, isn't there?

'Success In Your Teens Is Dangerous'