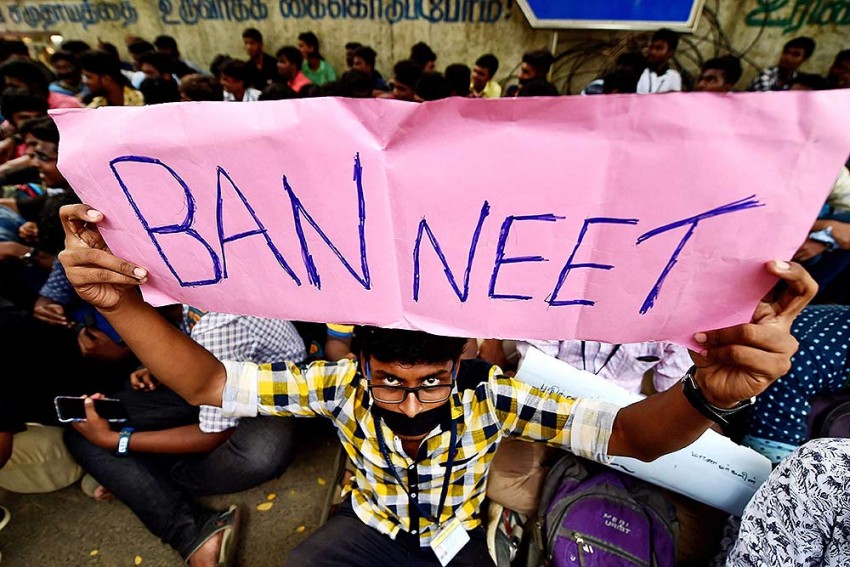 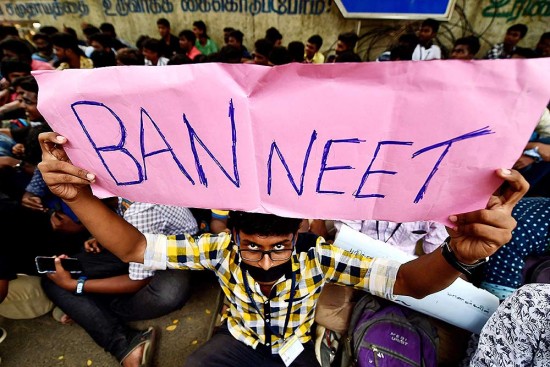 She could have been a poster girl of the medical profession. Instead, S. Anitha ended up as the face of protests against the new eligibility test. The village teenager’s dream of becoming a doctor was extinguished by her poor scores at NEET—the country’s sole qualifying exam for MBBS. The girl from a poor family in east-­central Tamil Nadu found suicide as the sole way out of her distress.

But for NEET, or the National Eligibility and Entrance Test brought back in April 2016 three years after it was declared ill­egal, Anitha would have easily walked into a government medical college of her choice. The daughter of a daily-wage earner from backward Ariyalur district had top-notch plus-two marks—1,176 out of 1,200—that was sufficient under the old system to gain entry into professional courses. Being a Dalit also meant a rese­rved seat at concessional fee waiting.

Instead, NEET tripped the girl from Kuzhumur in Sendurai taluk that has 62 per cent literacy. The Supreme Court had refused to exempt Tamil Nadu for one more year from this test, first held in the summer of 2013. Anitha scored only 86 marks out of 720 in NEET held this May 7. Distraught, she chose an old saree of her late mother to hang herself. The tragedy has triggered a wave of anger and protests against the qualifying test.

NEET alone was not the villain, says activist-educationist Prince Gajendra Babu, who had helped Anitha challenge the case in the apex court. “The Centre, the state and the judiciary—all played devious and dubious roles to deny soci­ally and economically backward students, including Anitha, their due share in the medical profession.”

In fact, Nirmala Sitharaman had gone beyond her ministerial brief to promise support for an ordinance by Tamil Nadu, her home-state, Babu recalls. “The SC first asks Tamil Nadu to come with a formula that gave equal representation to those with high plus-two marks and high NEET marks. After three days, the Cen­tre says  that it cannot exempt just one state. The bench readily agrees,” he shr­ugs. “The whole drama appears premedi­tated and conspiratorial.”

Tamil Nadu, having got a last-minute exemption last year, was hoping to swing a similar concession this time as well. The Narendra Modi administration was alre­ady hampered by the SC’s stringent interventions over attempts to sidestep NEET. The Tamil Nadu BJP is with the Centre on the issue. “Every other state had accepted NEET; even the Communist regime in Kerala. How can Tamil Nadu alone ask for exemptions,” asks Thamili­sai Soundararajan, the saffron party’s state president. “The state clearly knew that last year’s exemption would not be rep­eated. Instead of giving students false hopes, it  should have spent that energy in coaching them for NEET.” 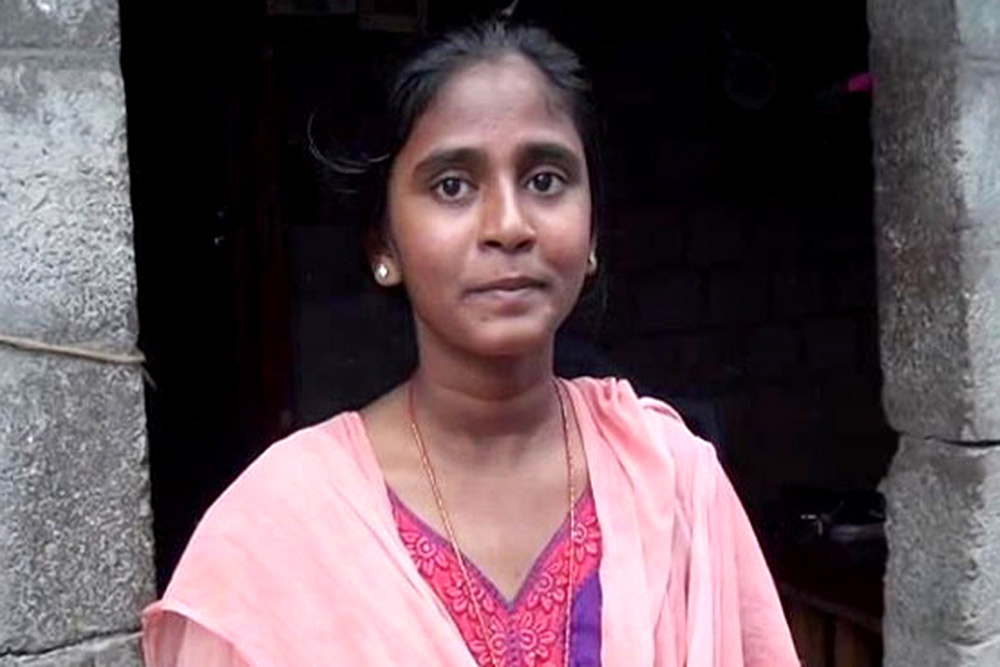 Had the MBBS entry been based on the old system, high-scorer Anitha would have now joined a government college of her choice.

In fact, states like Karnataka, Andhra Pradesh and Telangana had quickly orga­nised free coaching classes for bright students from socially backward classes, whereas Tamil Nadu saw even poor students turning to private coaching. Those who had studied in state board schools had fallen back badly after the DMK government in 2009 introduced a standardised syllabus that tested the memory of students rather than their grasping power and understa­nding of concepts. “The DMK did a disse­rvice by dumbing down school education with the aim of increasing pass percentage at the higher secondary level and then making plus-two marks as the criterion for medical and engineering seats,” says a school principal. “Parents found the standards fall abysmally low, and started shifting their children to CBSE schools, whose numbers more than doubled from 250 in 2010 to over 600 now.”

Concurs Sadiq Puduvachery, an ad manager and parent of two college boys who studied in state board schools: “Our state board syllabus needs a major upgr­adation. I have seen my sons struggle while writing JEE and other entra­nce exams. My eldest son found his first-year engineering syllabus unintelligible.”

The current Edappadi Palanisami government finally saw the writing on the wall. It has appointed a committee to upgrade the state’s school syllabus to bring it close to the CBSE level. “Our state board students have become stragglers,” says Anna University former vice-­chancellor Ananda Krishnan, an educationist on the panel.

But the infirmities of the Tamil Nadu’s educational system got buried under the politics over Anitha’s death, as it was quickly converted into a fight against “an unreasonable Delhi trying to impose its system aimed at benefiting the upper class”. A Tamil nationalist party wants the state to have its own admission system for MBBS seats. “Why not, when the state has nearly 4,000 government seats in medical colleges (the highest in India), which have been established without any help from the Centre,” asks D. Ravikumar leader of the 45-year-old Viduthalai Chiruthaigal Katchi.

The DMK and the Congress, during whose UPA tenure NEET was introduced in 2012 by the Medical Council of India, were the first to blame the governments of both Modi and EPS of “not doing enough to stave off” NEET. The Congress was even more embarrassed, as its leader P. Chidambaram’s wife Nalini appeared on behalf of the pro-NEET students bef­ore the Madras High Court and the SC.  The DMK and the Congress, unmindful of their past record, will be organising an anti-NEET rally in Tiruchy. According to a senior lawyer, Tamil Nadu should have asked for a three-year window from the SC to prepare its students for NEET rather than asking for piecemeal exemptions every year.

The protests swiftly gathered steam, just as those against the jallikkattu ban had in January this year. Students bel­onging to the pro-CPI(M)  SFI and other pro-Tamil fringe groups are lending them muscle. “The anger is an artificially created anti-BJP mood. After all, NEET is being enforced by a strict SC,” points out Soundararajan. “The propaganda that NEET is against state board students is also false: 63 per cent of those who got medical seats through NEET belong to state board schools.”

Now the demand for an ‘Anitha Act’ modelled on the 2013 Nirbhaya Act is gaining ground under which the state should override NEET and have its own admission system for all professional courses. But the proposal is bound to hit the SC wall, and NEET will become an inescapable reality for Tamil Nadu and its habitual protesters.

‘The Uttarakhand Mafia Has Gone Into Hiding’