So, if I’m neither in Karachi nor in Islamabad, where am I? For obvious reasons, I can’t tell you my latest location... 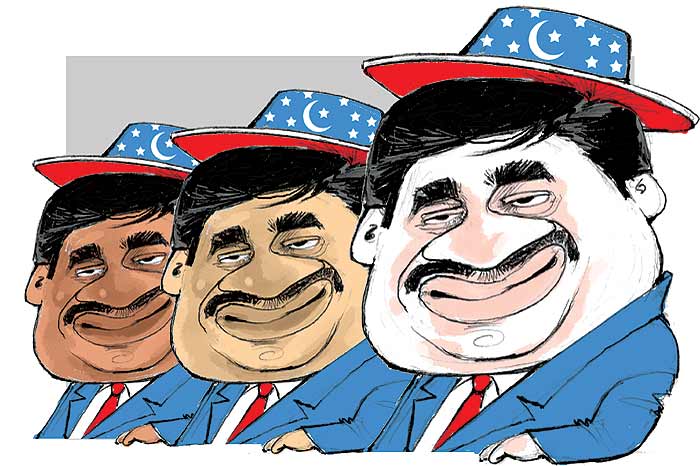 I was rather amused to read a news item in an Indian newspaper that I had left Pakistan and had proceeded to a secret destination. The report quoted Indian intelligence sources, who, for once, were on the ball. So, if I’m neither in Karachi nor in Islamabad, where am I? For obvious reasons, I can’t tell you my latest location where I am penning these lines with the help of a friend. What I can do is share my extraordinary passage from Karachi to the US with you. It was a carefully planned operation which took months to chalk out and was the brainchild of Major Iqbal Quasim (of the ISI). He hit on the idea while chatting me up in December last year. “Dawood bhai,” he said, “you have to completely change your identity. If not, these Indians won’t leave you alone.” “Major saab,” I pleaded, “I’ll do anything but don’t tell me to undergo plastic surgery.” He thought for a while and said that wouldn’t be necessary but for starters we would have to think of a new name for me. I came up with Maqsood, Imran and Irfan. But the major was not satisfied. “It has to be a non-Muslim name but one which your friends can identify you with,” Major Iqbal said, lost in thought as he puffed away at his pipe. And then, suddenly, there was a sparkle in his eye. “Dawood bhai,” he said, all fired up, “I’ve got it! Change your name to D.A. Wood and you can pass off as a US national of Sicilian origin. We will provide you with a new passport.”

But how on earth could I ever be a gora Italian? Major Iqbal pointed out that if the right effort is put in, even the impossible becomes possible. He suggested I give him a few days to draw up an action plan. And true to his word, he was back in less than a week with a consignment of Garnier Men’s Fairness Cream. “Bhai, apply this five times a day all over your body and face. And in three months you’ll be a new man. Take my word for it,” assured Major Iqbal, “you will be fairer than Imran Khan.” Well, I had no choice but to follow the major’s orders and every third day he would check my progress with a skin tone meter. Meanwhile, I began brushing up on my English accent with a long distance instructor from New York. He put me through the paces so that I could speak like Marlon Brando in Godfather. It was felt that if I must speak angrezi then I should speak like a don.