A run through the enlightened despots who ruled the Russian empire 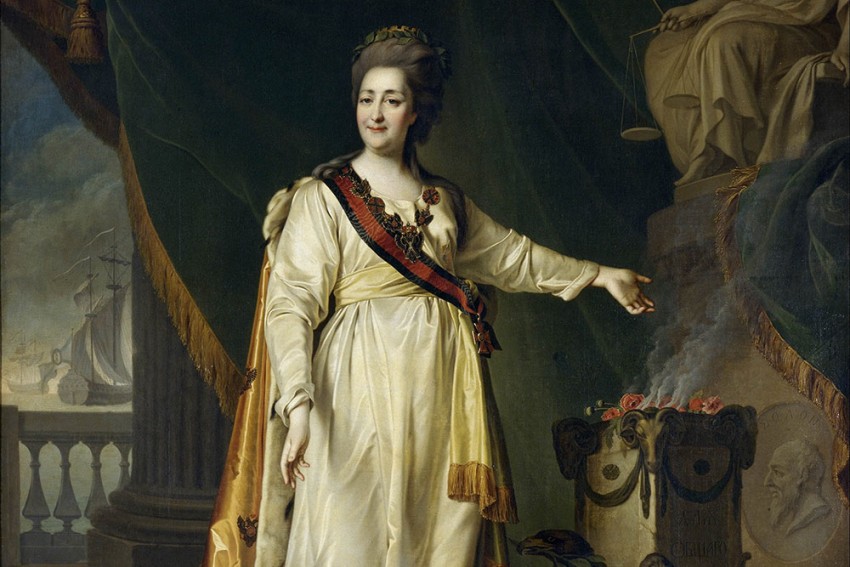 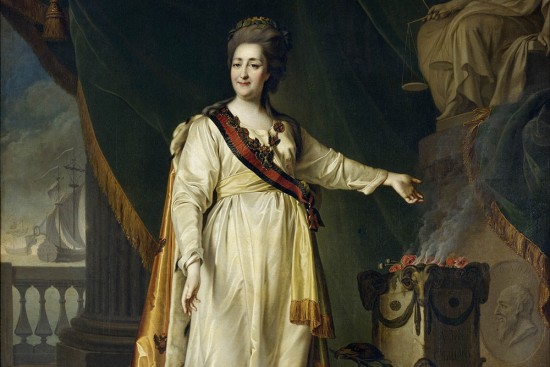 Russia has always been a damnably difficult country to govern: the first Romanov tsar, Montefiore tells us, had to be dragged, unwillingly, to his own coronation by his nobles in 1613. And it never got any easier, especially as the country expan­ded enormou­sly over the next three centuries, from the small original principality of Muscovy to ultimately reach the Pacific Ocean, and cover one-sixth of the earth’s land-mass. That first, reluctant tsar, Michael, did a surprisingly good job of stabilising his strife-torn country, cannily using the Orthodox Church to create an aura of demi-godhead around his position. His son Alexei went on to draw up a body of laws which established the protection of the state —and the tsar—as its primary purpose. And his successors proceeded to build upon those policies, ruling the country with a mixture of despotism, brutality and fear, infused with a notion of paternalism. As Tsarina Alexandra advised her husband, the last Tsar, during the tumultuous days of 1916, “Be firm. Russia loves to feel the whip, it’s their nature, tender love and then the iron hand”. It was a system that worked fairly effectively for over 300 years, although, from time to time, miscellaneous tsars paid the price by coming to a gory end. In the words of a 19th century Russian observer, “despotism, tempered by assassination, that is our Magna Carta”.

The belief that Russia must be ruled with an iron fist continues to drive Putin’s hard-knuckled style of governance.

What makes this book particularly interesting is its timing, coming on the eve of the 100th ann­iversary of the Russian Revolution and the context it offers us for understanding today’s Russia. It’s interesting, for example, that Stalin, when he first came to power, observed that “For centuries, the people of Russia have lived under a tsar” and that they therefore “need a tsar whom they can worship, and for whom they can live and work”. He therefore carefully crafted a tsarist persona and style for himself, with all its authoritarianism, ruthlessness and remoteness (not to mention its un-communistic penchant for gold braid and state ritual). Montefiore suggests that it is this perception of Russian exceptionalism, the belief that Russia, by its very nature, must necessarily be an autocracy, ruled with an iron fist, that continues to drive Vladimir Putin’s hard-knuckled style of governance today (with the oligarchs presumably playing the role of the Russian aristocracy, with whom the tsars had a long-standing compact to keep themselves in power).

The Romanovs presents a grand sweep of Tsarist history, narrated in a colourful, gossipy style. It divides the centuries of Romanov rule into three phases, ‘The Rise’ (1613-1682), ‘The Apogee’ (1682-1825), and ‘The Decline’ (1825-1918). And, over its 750 pages, it brings to life the various tsars, their loves, their lives and their often monstrous behaviour. Especially interesting are the chapters on the two Romanov ‘Greats’, Peter and Catherine. Peter the Great was the one who vastly expanded the Russian territories and who, after travelling through Europe, worked hard to Westernise the country and drag it into the modern age. He energetically micro-­managed the creation of the magnificent new capital of St Petersburg, and drew up a strict code of civilised conduct for the Russian people (which including such things as not spitting or defecating in public), enforced and punishable by law. Catherine the Great went on to turn Russia into a great power, reforming its administration, industrialising it and fostering an ind­igenous Age of Enlightenment (indeed, it was none other than Voltaire who first appended ‘The Great’ to her name). Yet history remembers her unfairly—and inaccurately—for her supposedly bizarre sexual appetites.

While Catherine’s sex life was, in fact, relatively uninteresting, the sex lives of most of the other Romanovs were quite hair-raising. And Montefiore insists on discussing their carnal habits, deviances and adventures in vivid, picturesque, detail—which is fun at first, but then gets just smuttily boring. For a historian of Montefiore’s standing, it seems an unn­ecessarily juvenile thing to do.

One of the revolutionaries executed for plotting to assassinate Tsar Alexander III in 1887 was Aleksandr Ilych Ulyanov, Vladimir Lenin’s elder brother.