A doctor in London. She’s also a daughter, with her parents in Chennai. Corona has come home, but home is far away…. Ruminations from the edge, on the intimate and the universal. 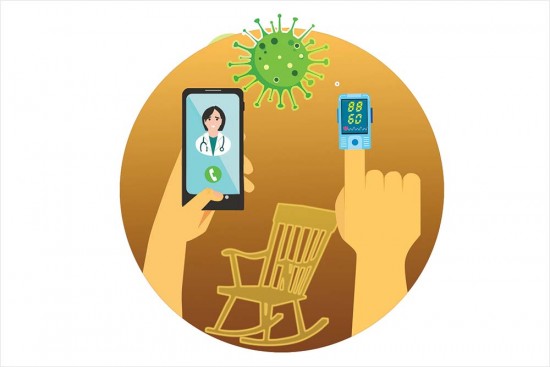 More stories from A. Mallika
View All

Somehow, 88 fills me with dread. It’s the figure I remember the most from the first wave of the pandemic. Patients would be wheeled in with their clip-on pulse oxymeters blinking in the red. 90, 89, 88…. The oxygen mask would be strapped on, and life would flow through plastic, but I have vivid memories of patients talking calmly on their mobile phones, their sense of comfortable breathing undisturbed. They talked their way to ICU—the low oxygen imperceptible even as their organs were being starved of it. Things would be seemingly stable, and then suddenly the ground would give way, spiralling all the way to lung failure…. Numbers play tricks on perception. An oxygen reading of 89 was reassuringly close to 90, but 88 was far too close to 87, and my stomach would tighten at what it foretold.

When my mother’s oxygen dipped to 88 the other day, I was paralysed with...