Sydney’s Vivid festival is back, with a splash of Indian DNA 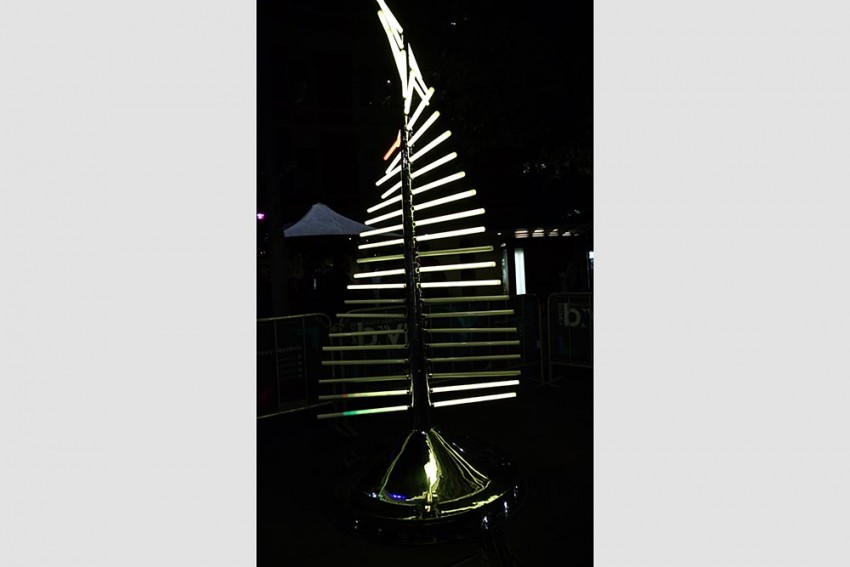 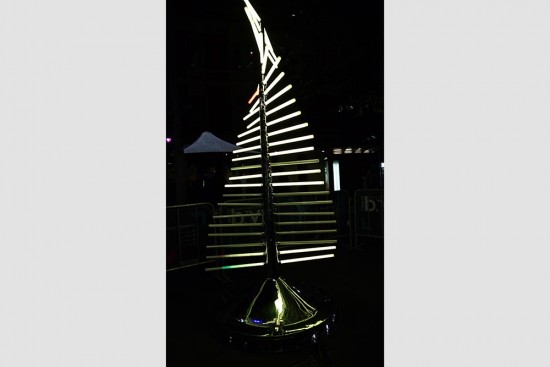 The advent of winter coincides with Sydney immersing in the warm glow of one of the world’s largest festivals of light, music and ideas. Vivid Sydney, the annual 23-day festival, is showcasing 90 light installations from 23 countries, including India. Mumbai-based artists Vikas Patil and Santosh Gujar have a lighting sculpture named DNA, featuring 24 moving coloured light tubes that continuously spiral around a common core to form a DNA structure. “DNA is an integral part of every ‘being’ and we thought lighting could be an ideal way to represent it. When the DNA is decoded, it creates a barcode of colours. There is an immediate connection to lighting and that’s why we decided to make it our central theme for the sculpture,” says Patil, an architect and lighting designer.

The four-feet conical base of DNA is made of stainless steel with chrome ­finish, which reflects the light movement. “The lighting is coded to represent the colours of chemical elements in the DNA molecule. As visitors move around the installation, the lighting tubes change colour at alternating intervals, providing a different perspective of the form each time,” explain the two artists, who have spent the past seven months bringing their des­ign from the drawing board to fruition. While creating a lighting sculpture concept of DNA on paper was easy, bringing it to realisation in a stainless steel-chrome finished work was fraught with challen­ges. “It is still difficult to get support for an artwork from ­Indian manufacturers, who mostly prefer to invest in prototypes that can be sold on a mass scale rather than make a ­customised ­design. Archilum Lighting India came on board and we finally used a pharmaceutical manufacturer, who was completely at ease with materials like steel,” points out Patil, who is ­director of Studio ALBA Lighting ­Design in Mumbai.

They are determined not to allow their creativity to be confined to the realm of their day jobs. “International festivals like these provide a platform for us to exp­lore ideas and showcase our creativity. Last year, we were one of 30 artists to showcase at the Amsterdam Light festival and the positive feedback we received for our light-artwork, Bands of Friendship, encouraged us to showcase at Vivid,” reminisces Gujar, a practising archit­ect. As friends in college working on assignments together at Sir JJ School of Architecture in Mumbai, they had managed to find out a way to complement each other’s strengths, naturally the best way to even be able to collaborate. “Once we agree on the idea, Patil prepares the concept and I provide the technical knowhow for the implement­ation,” adds Gujar. 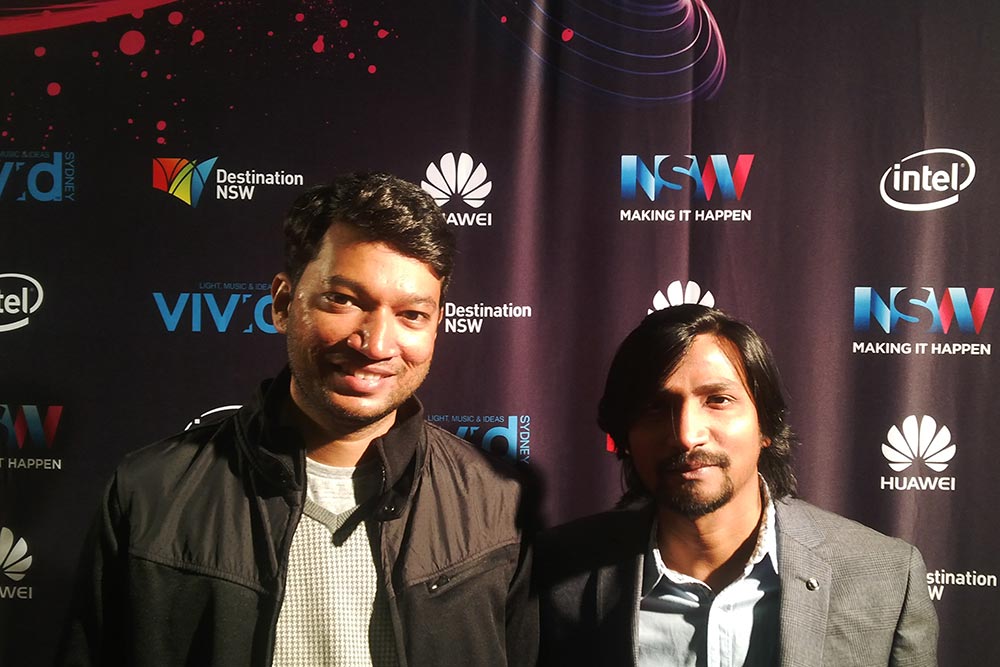 Each evening, visitors come by and watch their sculpture. Patil says, “The crowds here appreciate design. We would like to showcase again next year, perhaps with a more interactive insta­llation.” DNA is showcased at Circular Quay as part of the Vivid Light Walk. This is a long mile that starts at the Sydney Opera House with its sails splashed with light-artworks created by Aboriginal artists, moving along harbourside of the Royal Botanic Gardens celebrating its 200th annive­rsary, to spectacular light projections on the Custom’s House and The Museum of Contemporary Art to Walsh Bay. For the first time, the Taronga Zoo has illuminated lanterns represen­ting ­endangered species to celebrate its 100th anniversary and Intel’s 100 illuminated drones will perform a choreographed ‘animation’ over the Sydney Harbour. The festival runs until June 18 with all sites illuminated from 6 pm to 11 pm. It also features 195 (very assorted) music events including Bjork, New Order, Bon Iver and Boy George; and more than 500 speakers, including movie director Spike Jonze and the creator of US TV series House of Cards, Beau Willimon, appearing at various talks and forums. “Vivid Sydney 2016 is our biggest year yet. Last year, we welcomed a record-breaking 1.7 million att­endees, including 26,000 ­international visitors,” says Sandra Chipchase, the festival’s executive producer and  CEO of Destination New South Wales, the state government’s tourism and events agency.

Now in its eighth year with most installations free to view, Vivid has become the most popular event on the city’s cultural calendar, attracting a steady flow of art ­pilgrims who like to follow the light.

By Neena Bhandari in Sydney

A Roar For The Beyond