The floods could have been avoided. All evidence points to it. 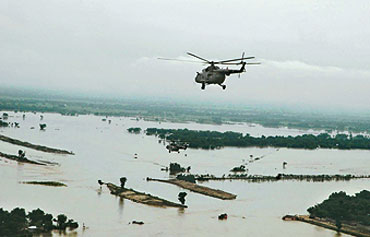 So where did the Kosi script go wrong? Annually, before the onset of the monsoon, maintenance work is undertaken at the Kusaha barrage and embankment on the Kosi, which falls on the Nepal side. This year, field officers of the Bihar government pointed out that additional checks along the embankment needed to be constructed. But this demand was rejected. Outlook has learnt that the Kosi High-Level Committee (KHLC) refused to allow the construction of three studs, a crucial additional check against overflows. They were to be built between the 12.8 km and 12.9 km section of the embankment where the actual breach occurred.

The KHLC is a multilateral entity with members from the Bihar and Nepal governments, the Central Water Commission, Delhi, and the Central Water and Power Research Station, Pune. But it's headed by the chairman of the Ganga Flood Control Commission (GFCC), a body under the Union water resources ministry. It is entrusted with the task of inspecting the damage caused to embankments by the preceding season of floods and recommending repair works. While field officers had asked for repair works requiring a financial input of Rs 35 lakh for the breached section, what was sanctioned by the KHLC was a paltry Rs 4 lakh.