Isn't Jagmohan being too simplistic in believing he can persuade his erstwhile colleagues to emulate his example by appealing to their moral conscience? 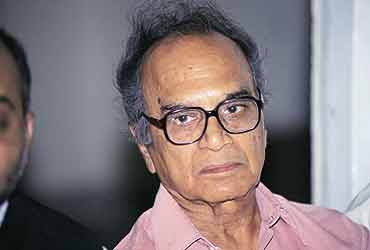 Soul And Structure Of Governance In India
By Jagmohan
Allied Publishers Pages: 516; Rs 475
Rich or poor, most Indians would agree with Jagmohan that governments have failed them. They have been both ineffective and corrupt. The administrative structures are crumbling under the relentless pressures of an unscrupulous political leadership, and the people are getting more frustrated. The rot, as he points out, had set in soon after Independence and has now assumed alarming proportions. One hears much about "good governance", but for the common citizen, things are only getting worse. The majority are deprived of even the most basic services, such as water, power, roads, health and education. The question Jagmohan asks is: what can be done to reverse this?

For answers, he delves into our history and traditions, scriptures and the writings of spiritual leaders. He quotes Vivekananda, Sri Aurobindo and Gandhi to evoke "the soul of India". But how much will this impact our political class and administrators? His own government, in which he was a cabinet minister for over five years, and which talked so much about good governance, had no compunction in shunting him out of the urban development ministry when he stepped on the toes of some vested interests. He had a vision of turning Delhi into a "world-class entity", but that didn’t happen. No one knows better than him that life in politics today is very different. Even those who have spent a lifetime talking about ethical values and norms in politics have, when in power, not hesitated to find excuses for the blatant misuse of power and corrupt acts for the sake of "political compulsions".

Jagmohan has been severely criticised for his role during the Emergency. In a separate section—Period of Emergency—he tries to answer some of these criticisms. He accuses his detractors of making false allegations to tarnish his reputation. Like him, he claims even Sanjay Gandhi, "more sinned against than sinning", was "the worst victim" of a malicious campaign. "He was certainly not the devil that he has been painted as," Jagmohan says. One can certainly understand his admiration for another "doer" like him.

But he’s on slippery ground when he presents his own blueprint of administrative, political and judicial reforms, even police reforms, corporate and e-governance. The merit of some of his recommendations, like the creation of a district unit of management and development under the charge of "noble and motivated persons", and a ministry of "ethics and social and cultural reforms" is debatable.

The most convincing part is where he draws on his own experience to argue that the situation need not be so hopeless. Undoubtedly, a lot can be achieved when political and administrative leadership is in the hands of committed persons of high integrity. Jagmohan gives an account of his own work as J&K governor for the improvement of the Vaishno Devi shrine and the pilgrim route. Even a corrupt, inefficient system can be motivated to deliver. People of Jammu recall his contribution even today. He has also included his own blueprint to refurbish the decaying heritage and tourist spots, which deserves serious study and implementation. Even Jagmohan’s critics, and they are many, admire his missionary zeal and his ability to complete a task against heavy odds. But isn’t he being too simplistic in believing he can persuade his erstwhile colleagues to emulate his example by appealing to their moral conscience? Preaching has seldom achieved much; it’s less likely to happen in today’s India. What we need is a political-administrative system that rewards performance and punishes inaction and corruption with no delay.