Sachin batted a food deal; it was Donna's summer again; fashion went Yana Na Na Na; orator AB read MF's bio ... And we don't know whether Ash and Salman are on again but neither do they. 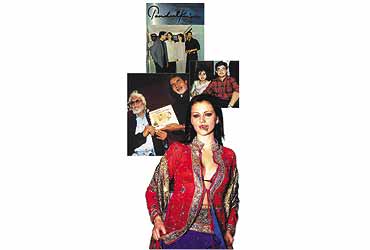 And yes, new age messiah Sri Sri Ravi Shankar appears set to put every other guru out of business with his sudarshan kriya. As beautiful socialites taught his breathing technique and lakhs throng his meetings, upper-class India appeared to have found the teacher of their mind and hearts.

Fashion designer Ritu Beri confounded sceptics by irrevocably conquering Paris as the designer for the French House of Scherrer. It silenced the flow of barbs from rivals who had made it a cottage industry to take potshots.