A lesbian couple decides to go for a baby 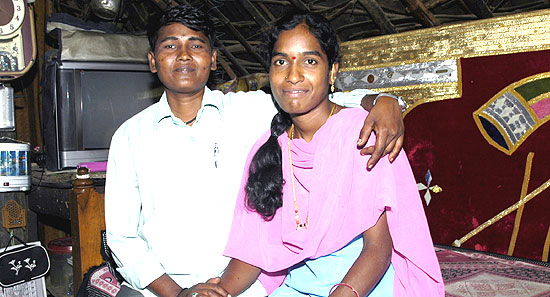 As Swapna rummages through a file, searching for a medical report and a prescription, her ‘husband’ Chandraleela neatly plaits her hair. They are at their house in Ambaripeta village in Andhra Pradesh’s Karimnagar district. After a hurried breakfast of idlis, they’re off to catch a bus to Karimnagar. It’s an important day for the couple: they have an appointment with a gynaecologist who has agreed to help Swapna bear a child through artificial insemination.

This lesbian couple has been living together for three years and is now longing...