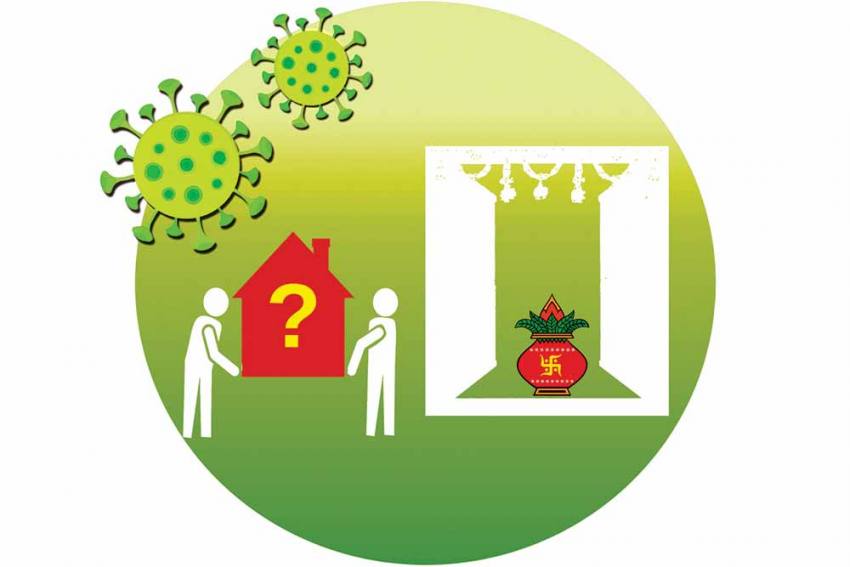 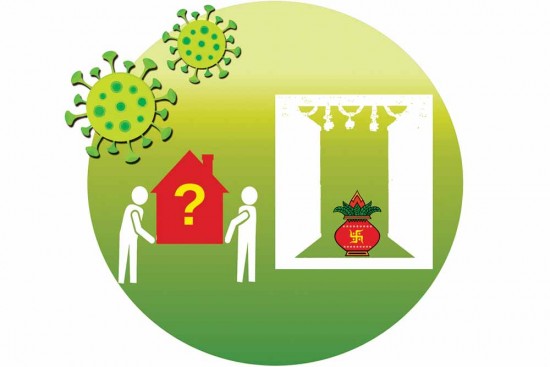 I don’t know if it was COVID-19 or the stupid lockdown that made my smooth home-shifting plans a three-month-long nightmare. I had been living happily for 27 years in a cozy Asiad Village flat allotted to my wife Mangala, but I lost her two years ago. My stay there could have been extended, but I decided against seeking such favours from the government. Luckily, I was able to get my flat in Mayur Vihar vacated and readied. In mid-February, I requested IGL to disconnect my gas connection. They promptly complied. I requested the DoT to shift the landline, but despite several reminders, the request remains unattended.

I was supposed to shift on March 25, the first day of Navaratra, as my two astrologers—one in Kerala, another in Delhi—suggested. Luckily, my astrologers were unanimous on the date, though they differed on the time. One wanted me to enter the house at six in the morning, light a lamp, perform Ganapathi Havan and boil milk before doing anything else. This was too early and too difficult. My Delhi soothsayer was more accommodating. He suggested that any day or time during Navratra was auspicious—I could go to the new house whenever it was convenient and organise Ganapathi Havan after settling down. He, however, added, “While leaving the house, go to every room, pray and thank Vastupurush for protecting and accommodating you all these years. Keep one light on in the front room while leaving.”

I had arranged movers and packers and asked friends to help me shift. For about a fortnight before that, I had moved my personal belongings—clothes, laptop, writing pads, papers, pen etc—in instalments to ensure they reach in one piece. This included Mangala’s, my son’s and my certificates, books, copies of articles, musical instruments (which Mangala had a passion for) and a few photographs. I hoped to transition into the new house without taking much time to set it up.

On March 22, came the ‘Janata Curfew’ with its drum-beating. The harrowing lockdown began the next day. If there was a week or at least a few days’ notice, I could have moved in with poojas, havans and all the other paraphernalia. However, with the sudden lockdown, things went topsy-turvy.

“All workers have left for their homes. We have to wait,” declared the packing company. In my enthusiasm, I had shifted all my air conditioners to the new place. So till June, I had to suffer the Delhi heat, which led to skin rashes. That was the least of tragedies. I had moved most of my clothes and personal belongings. As time passed, I had no dhoti to change into at home. I had to ask my neighbour, Professor Chandrasekharan Nair, to get a few from a Malayali store.

I was counting days for a letdown in the lockdown. When I consulted the astrologer for a second date, he said, “Get ready for a long haul. In a national trauma, all personal fortunes get suspended. Your individual horoscope will not work now. It’s crisis time,” he said. I am not superstitious, but it is our traditional family practice to do grahapravash (entering a new house) on an auspicious occasion. But when I finally moved, exasperated, I could not care for the puja, the auspicious moment or boiling milk first.

The movers and packers were prompt. “I will come to oversee. All labourers will come with masks, hand wash and gloves,” the supervisor assured. In the first week of June, they came with all the permissions. Both the outgoing and incoming resident welfare associations have to permit you to move out and get in.

Workers suffer the most. Friends cannot be asked to help because of the risk. When one’s most valuable possessions are books, files, magazines and bound volumes of paper cuttings, even the most patient packer gets frustrated. As they lug the cartons up and down the stairs, I’m sure they wonder if we have been collecting junk all our life—bags and bags of cassettes, CDs and pen drives. These days, who plays cassettes? Shall we take or dump these?

The virus has taken us back to the Dark Ages. Neighbourhoods are practising new forms of discrimination. People who know nothing about the disease act as if they were experts. Official propaganda has only helped cement this mindset. It is debatable if the lockdown has succeeded in containing the virus, but the propaganda has spread fear psychosis. COVID-19 patients and essential workers have had to bear the brunt of prejudices.

The pandemic has taken humans back by hundreds of years, when families used to ostracise and abandon their own to merciless isolation and bizarre burials during an outbreak. They were even denied cremation for fear of spreading the disease. History seems to be repeating itself. The pandemic has taken away all mirth known to civilisation. And cynical, mirthless rulers seem to enjoy this widespread discomfort.

R. Balashankar is a political analyst and former editor of Organiser Weekly