Our country can’t have more of the present. AAP may have an answer. 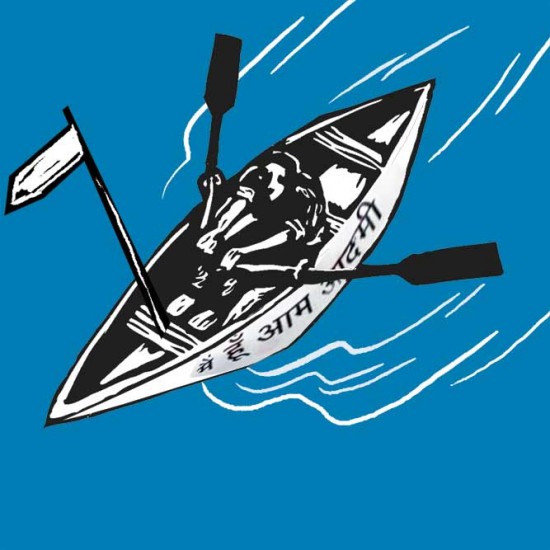 This general election will be remembered for the return of the BJP, a centre-right political force under the leadership of Hindutva icon Narendra Modi, the decimation of the Congress-led UPA and the rejection of the claims of Rahul Gandhi to be a worthy successor of the Nehru-Gandhi lineage. The Americanisation of the campaign process—its focus on personalities, rather than policies—is another game-changer. Also remembered will be the unusually active media-money nexus. The resilience of regional political parties in eastern India is another feature. But it will also be remembered for the entry of a new all-India party—the Aam Adami Party—with claims of engaging in “alternative politics tow­ards participatory democracy through citizen activism”.

AAP is a party in the making. It aims at ‘swaraj’ through a second freedom movement. It promises to provide constructive and ‘out-of-the-box’ solutions to the twin challenges of communalism and corruption. It doesn't stand for any pre-existing ideological formulas and refuses to accept the hegemony of crony capitalism. It caught the attention of voters due to its miraculous performance in the Delhi assembly elections. It is strange but true that a 15-month-old party ended the 15-year-long rule of Congress over Delhi and proved to be the ‘speedbreaker’ for the BJP. Now it has presented 430-plus candidates from Kashmir to Kerala and Ahmedabad to Arunachal. It has fulfilled the promise of low-cost campaigning with transparency of fund mobilisation. It is expected to get over three per cent of votes and hopes to net around 10-15 seats. It is interesting that AAP made its debut by overshadowing all other non-BJP and non-Congress parties due to its willingness to take on frontally the two most prominent aspirants for the PM’s post at Varanasi and Amethi by putting up its two popular leaders—natio­nal convenor Arvind Kejriwal and Kumar Vishwas. The AAP list of candidates also boasted the largest number of social activists, experts, businesspersons, women and Muslims, none with criminal records.