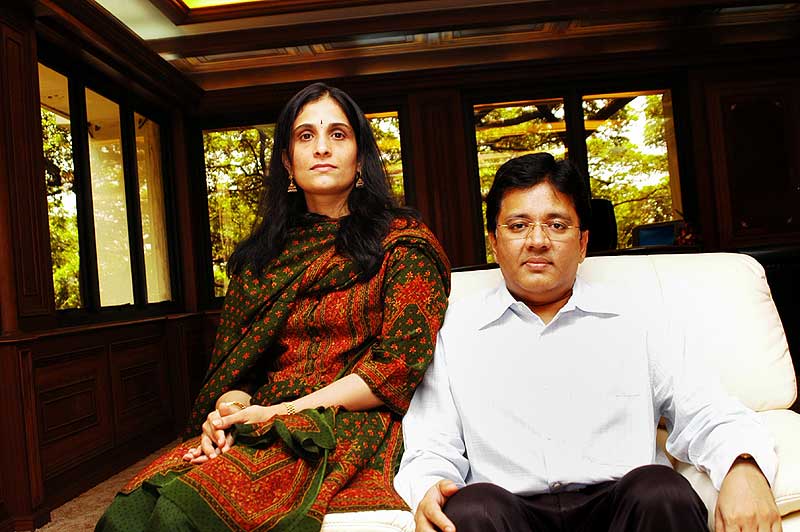 The walls around his house—and life—are higher than the usual, designed to keep away prying eyes. But on occasion the air of secrecy around Kalanidhi Maran, the billionaire founder of the Sun Group, does drop. In 2006, he was fronting a roadshow in Mumbai for the initial public offering (IPO) of Sun TV. As an analyst who attended remembers, at some point Kalanidhi got so irritated with the barrage of disconcerting questions coming at him that he burst out in Tamil (a polite translation went like this “Get lost, invest if you feel like it, I don’t really give a damn.”)

As news spread through the meeting room, people got up and left. But regardless of the display of arrogance, the IPO was a success—Maran raised some Rs 600 crore from it. All this matters now because his latest acquisition (IPL’s Hyderabad franchise) might finally bring Kalanidhi into the public eye. There is no evidence that he is crazy about cricket. Kalanidhi is not the kind to do business deals on the golf course, and probably rarely uses the gym at his bungalow on the tony Boat Club road in Chennai.

So it’ll be a change for the many observers who view the 48-year-old media mogul via the prism of politics. “Sun TV’s business is cyclical...not based on anything else but politics,” says a market analyst. This is a common perception—Kalanidhi’s links to the DMK (his late father was the former Union industries minister Murasoli Maran, a favourite nephew of DMK chief M. Karunanidhi) have given him the leg up to where he is now. “His companies did well under DMK rule,” says political analyst Gnani. But how did he continue to prosper even when the DMK was not in power? Gnani adds, “Don’t forget, the DMK has been part of the Centre for the last 15 years.”

At the same time, there are many who insist that Kalanidhi is just a savvy businessman who likes fishing in troubled (though familiar) waters—and does it well. For a man “whose life starts and ends with business”, buying into a cricket franchise at a time when six of the nine other franchise owners are struggling to break even might seem suicidal but, says a source, “He thinks big, does his homework, is armed with great intelligence and is very hands-on.” His media-to-aviation group reported revenues of Rs 1,832 crore (for 2011-12) and a profit of Rs 694 crore. An IPL franchise, then, seems like small change.

In fact, while Kalanidhi’s middle name is circumspection, it was up to his CFO, V.C. Unnikrishnan, to corner the bragging rights. Asked how the group would fund the team, he laughed, “We earn profits! We will pay the BCCI through internal accruals.” Kalanidhi has no debt, in itself a big deal in these days of massive leverage. The core strength of the media group has been capturing distribution. And in these troubled times for aviation, his SpiceJet has recently shown a profit. Recently, Maran and wife Kaveri, who is joint group MD, were listed as the second-highest paid executives in India with a package of Rs 57.01 crore each.

“His political links are overrated,” says a close observer of Kalanidhi. His company did not fold when a feud erupted in the Karunanidhi clan with the Maran brothers (after his paper Dinakaran published a survey in May ’07 dismissing Karunanidhi’s elder son and Union minister M.K. Azhagiri’s chances as a possible political heir). And it’s not as if Kalanidhi did not flex his clout then—he even cosied up to CM Jayalalitha to send the right warning signals. A reunion happened in December ’08 because Karunanidhi and Kalanidhi realised that they brought to the table strengths that should be combined rather than divided.

Last October, Kalanidhi and Dayanidhi were raided by the CBI—the allegation is that in ’06 Dayanidhi, as then Union telecom minister, leaned on Aircel owner Sivasankaran to part with his holding in the company to Malaysia-based Anandhakrishnan, who is close to the Marans. Sivasankaran claimed that Anandhakrishnan, as a thank-you gesture, invested Rs 900 crore in the Sun Group. That case is still pending. There were other bruising battles too—it took almost a year of litigation before Tata Sky and Sun TV reached an out-of-court settlement on pricing and distribution in ’07 (there were many insinuations again about Dayanidhi’s role in this matter).

That Kalanidhi now sees himself as a businessman first and foremost is illustrated by Sun TV network concluding an agreement with the Tamil Nadu government-owned Arasu Cable TV Corporation Ltd recently. Initially, Sun TV was not on board—but Maran was able to finally (and after much negotiation) convince the state that viewer demand and revenues needs would be met by a deal.

Incidentally, when he was younger, Kalanidhi did not shy away from the spotlight. While doing his degree in Loyola College, he became the student’s union chairman and led an agitation on the Sri Lankan Tamils issue. “Now if you talk politics, he might say a few things, but will steer the conversation to business territory,” says an analyst who’s met him over the years.

There are stories that Karunanidhi offered the DMK office (Anna Arivalayam), a prime piece of property on Anna Salai, as collateral when Sun TV started with an investment of $86,000 bank loan. Whether that is apocryphal or not, what is true is that not only did Sun TV debut from Anna Arivalayam, it was allowed to use the DMK’s ‘Rising Sun’ symbol that gave it a certain brand equity.

“He has an excellent power base in Delhi. Nobody’s been able to touch him,” says a source. Last July, the media magnate was summoned by the police after a Salem-based film distributor complained that Sun Pictures cheated him of Rs 83 lakh. Kalanidhi quietly made the case go away after paying off the distributor. However, his close associate at the time, Sun Pictures COO Hansraj Saxena, who was arrested in several cases of cheating, is no more a part of his charmed circle, a collection of college buddies who work at high levels within the group. Kalanidhi reportedly began hiring professionals only after he acquired SpiceJet in 2010.

As an employer, he is believed to be a hard task master. “For the outside world, these companies may be professionally managed, but the market views it differently,” says M.S. Anand, president, Investor Relations Society. As far as the stock markets are concerned, the share prices are ‘volatile’ because investors believe political connections do have a bearing on their fortunes.

Ask Kalanidhi and he’ll insist he’s a visionary. Accepting the TiECon 2009 ‘Entrepreneur of the Year’ award, his much-quoted speech had these words: “If I’m going to follow the herd, I’ll be one among the crowd.... All my steps are calculated, I’m not going blindly by intuition.” Given that anything can happen—in business, as well as politics—those are brave words from the billionaire.

‘Respect Gandhi If You Will, Don’t Sentimentalise Him’