Cops With An Aim

Bihar's top cops are giving up chasing gangsters, and are quitting the civil services to go after their passions 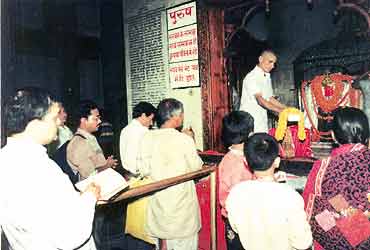 What's up with Bihar's senior policemen? The state's top cops are finding fulfilment in a bizarre variety of ways—one runs a temple, another is planning to teach computers and English to underprivileged children and yet another coaches IIT aspirants. There's also a singer in the ranks, another is a Supreme Court lawyer.

They don't say whether the problem is political interference, overwhelming crime, or even lack of anything meaningful to do. Given all this, maybe it's not surprising that a senior police officer has actually gone and asked the state to officially declare him mad. 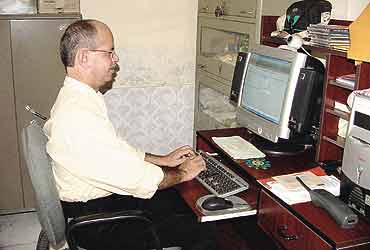 The elite Special Protection Group SPG still remembers Rituraj's sharp-shooting skills from his 1990-95 spell with them. Today, the DIG (BMP), Muzaffarpur, wants to take voluntary retirement as he and his computer-savvy south Indian wife want to open a full-time Rameshwari Memorial Trust in Bihar's Nalanda district. He plans to teach English to the poor and unemployed youth and make them computer-literate at affordable prices. "I now want to serve the needy full-time," he says.

In the last Lok Sabha polls, when Laloo Yadav was pitted against the then Union Minister Rajiv Pratap Rudy in Chapra, the Election Commissioner, ignoring a list of names sent to him by the government, had insisted on Ajit Joy's posting to Chapra as sp. Now, Joy is looking beyond the civil services. While an sp in Giridih (now in Jharkhand), he went to Harvard Law School to study law and got himself an llm degree. Now an sp in the state's vigilance department, he's taken six month's leave to practice law at the Supreme Court.

In the violence-ridden West Champaran district, residents still recall how Abhyanand had the gangsters on the run when he was their sp in the '80s. Today, the IG (economic offences) is better known as "IIT-Sir" than as the IG He teaches physics at a tutorial centre that selects 30 bright but underprivileged students a year and coaches them for the demanding IIT entrance exam—free. The strike rate is phenomenal—40 of the last two batches made it to an IIT.

Meanwhile, Rajiv Ranjan Verma, IG CID (weaker sections), of the 1978 batch, is busy every holiday with the Red Swastik Society. Verma, who focuses on health and education, gets funds from donor agencies to meet the cost of artificial limbs and tricycles for the handicapped and study materials for poor students and health camps in remote villages. 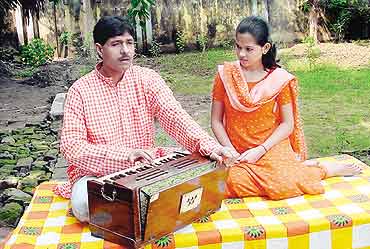 Arvind Pandey, Commandant, BMP 10, in Patna, loves singing and was good enough to get a contract from Mumbai's Venus Cassettes label. His group: his two daughters and himself, specialising in Kajri, Chaiti and devotional songs. "IPS is my profession, while singing is a passion," he says.

The Bihar policeman's extra-curricular interests probably began with Kishore Kunal. After hounding Patna's criminals in the '70s, he became a Sanskrit scholar and later became the vice-chancellor of Bihar's Sanskrit University. Though from the Gujarat cadre, he served in Bihar and also helped set up the Mahavir temple in Patna.

The trend seems to have accelerated in the last 14 years, which has also seen the rule of the RJD government in Bihar. It may just be a case of seeking a better life for one's family. Another scourge of Patna's crooks—Ajay Kumar—quit the service in 1996, added a business degree to his MBBS from JIPMER in Pondicherry, and joined Tisco. Today, he's the ceo of the American Heart Institute in Mumbai.

But it may be something else. Ajay Kumar Verma, DIG (crime records bureau) and an old hand at busting scams, wants the state to officially declare him mad, so that no law can keep him from speaking the truth. As he states in his letters to the Director General of Police, "IPS cadre rules are being violated while posting the 'chosen few' to 'lucrative posts', while 'honest' and 'upright' officers have been serving in non-cadre posts for years." It's not an approach that wins him many friends in officialdom, but he's still grateful to the government for giving him full salary for no work.