Is it an act of conscience or is Raju just securing his sons' future? 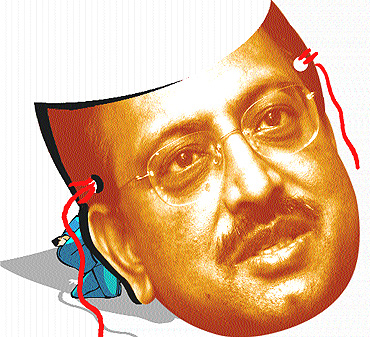 It was September 2008 and I was charting my path to be an entrepreneur. A mail to Ramalinga Raju seeking his time was responded to immediately—he would rather meet me in Delhi at leisure and would keep me informed about his schedule. It so happened that the day never came. And post the botched acquisition of Maytas, I didn’t feel like meeting him. A person who has been an idol has let down most who idolised him.

You call it greed, stupidity, ‘riding a tiger’, trying to control a company from falling into outsiders’ hands—but none is a good enough reason for the biggest fraud that corporate India has ever seen. As corporate leaders search for words to express their outrage, as India Inc and Nasscom mount an offensive to dissociate from the Satyam Saga, as shareholders sulk and cry, as employees search and pray, the most obvious of questions has still not been answered. Is it so easy to show Rs 5,000 crore of non-existent bank balances in balance sheets?

Most importantly, there are two more questions that need answers: Why did the disclosure come at this stage? Who benefits from them? To find an answer, we should tackle the second question first.

Consider a situation where the aborted Maytas acquisition costing Satyam Rs 8,000 crore had happened. That would have meant the non-existent Rs 5,040 crore cash and bank balances, Rs 376 crore accrued interest and Rs 490 crore overstated debtors would have funded the transaction. That is Rs 5,906 crore being squared up. The balance Rs 2,100 crore would have paid up the 17 per cent public and institutional shareholders of Maytas Infra as well as the Rs 1,230 crore that the Raju family lent to Satyam. The Raju family would then release the pledged shares with the institutions and everything would be buried, forever. However, that was not to be. The valuation of Maytas was inflated—investors howled and scowled, and the Rajus retreated.

The current disclosure by Raju has nothing to do with guilt, a burdened heart or any such emotional surge. A person who has lied through his teeth for seven years does not really inspire belief today. These disclosures have a direct and material benefit to the family, including his sons who control Maytas and Rama Raju, Satyam’s MD, among others. Maytas Infra and Maytas Properties, which have physical assets, would now continue to be owned by the family. It would be left to Satyam to fill the gaping holes. By admitting to fraud, Raju has left Satyam shareholders and all of us to deal with the problems created by him while bestowing the two Maytas companies to his family.

There are many other questions that need answers:

Most of us can only speculate. The only people who know the answers are the company’s board of directors and Mr Raju. And both have been compromised.

No Mortar, Not Even Bricks