It is still skirting the contentious issues. But India finds plenty else to talk about with its neighbour. 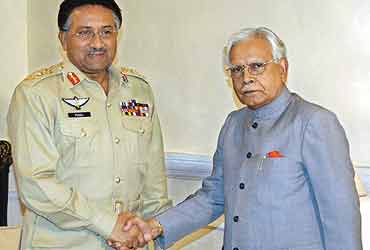 That, though, is no reason for Indo-Pak watchers to feel pessimistic. For, a nuanced forward movement is expected in other areas where discussions have been held. These relate to terrorism and drug trafficking, and promotion of friendly exchanges in various fields. New Delhi has made over 30 proposals (see accompanying list) to promote such exchanges. Sources say both India and Pakistan have already agreed in principle to expand the list of religious shrines their citizens can visit and increase the annual quota of pilgrims. A more enlightened policy on prisoners in each other's custody too might emerge.

Sources claim there is a distinct possibility of India and Pakistan working together on tackling transborder organised crime, cross-border smuggling, funds transfers, and cybercrime. There is also a proposal to expand cooperation between the CBI and Pakistan's FIA.