'Congress Is Now A Mean Machine'

Punjab Congress president Amarinder Singh is tipped to head a Congress government in Punjab, should it come to power. He spoke to Outlook. Excerpts 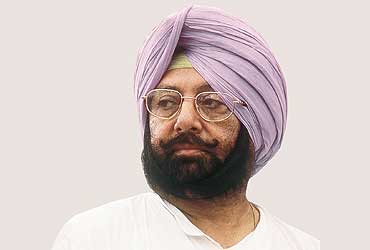 What are the Congress' chances?
We'll get an absolute majority, without much difficulty. People are fed up with the Akalis. The writing is on the wall. You'll be surprised at the number of Akalis, some of them sitting MLAs, who have approached us because they know which way the wind is blowing. Even Parkash Singh Badal's cousins have joined us.

Isn't that an overly optimistic assessment?
On the contrary, it's a realistic view. The Akalis have declined. This regime is the most corrupt and inefficient one in the history of the state. Most government posts are up for sale. There's no future for the youth. Over two lakh of them pass out of colleges and institutes every year. Punjab was once considered India's grain bowl. But this year alone there have been close to 600 farmer suicides in the state.... Almost all industries around Ludhiana and Jalandhar have shut down.

How is this any different from the record of earlier Congress regimes?
Non-performance was never institutionalised before. In 1997 when we were voted out, Punjab's total debt was...