We invoke Gandhi and claim that we are non-violent; we build statues for Ambedkar to claim that we are inclusive. We are none of this, let us admit it. Churchill could have been right when he called us beasts and our religion beastly. 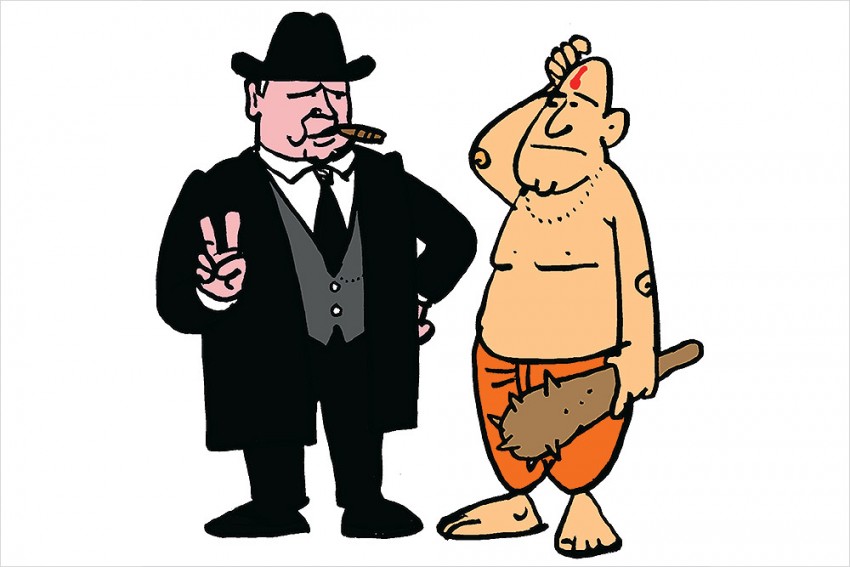 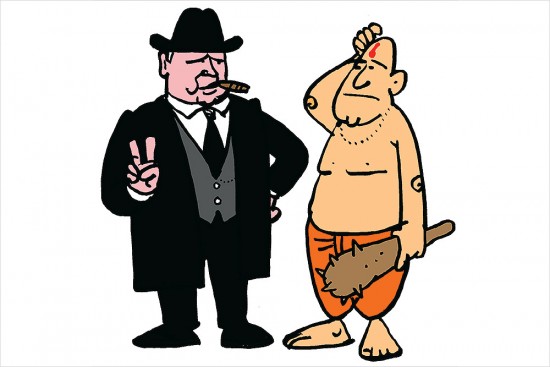 In this 2015 Hollywood thriller on Chronic Traumatic Encephalopathy caused by concussions in the football field, Will Smith, playing the neuropathologist Dr Bennet Omalu, tells his future wife that as a migrant he picked up a role model, a dignified, balding White man, and faked his attitude. “Need is not weak. Need is need. You have to be the best version of yourself. If you don’t know what that is, you pick something and fake it,” says Omalu in the movie. Migrants or otherwise, isn’t that what we do all the time: picking up someone and trying to be him or her, faking it all the time. But unlike in the movie, in real life, the faking happens not to present the best or the ideal version. We fake it to ape successful versions. In corrupt, queue-jumping societies like ours, the successful ones are often those who have bent rules or made new flexible ones. I have a friend who, after migrating to Delhi, had faked not just himself but created an entire fictional family—father, mother and siblings—to suit his new aspirations.

In fact, whole societies do it. That is called history writing, the favourite pastime of the Hindutva Right. A couple of days ago, the venerable British news agency, Reuters, broke the story on a new government-appointed committee of scholars to prove that Hindus are descended from India’s first inhabitants, headlined, ‘By rewriting history Hindu nat­ionalists aim to assert their dominance over India.’ What are these scholars trying to prove? Why are they so insecure? Not even Marxist historians have ever claimed that there was any other religion in this part of the world. Still, the committee will try to prove relentlessly that only Hindus were the original inhabitants of India. That suddenly reminds me, did Reuters have a similar story about the movie Darkest Hour, about some whatever-nationalists’ att­empt to whitewash the sins of the British wartime Prime Minister Winston Churchill? Many people, at least one of our columnists, believe that Churchill was directly responsible for the Bengal famine that killed 3 million or 30 lakh Indians. Hearing about the Oscar for Darkest Hour, Shekhar Kapur, the director of the brilliant movie, Elizabeth, tweeted, “I hate Indians. Beastly people with a beastly religion. The famine was their own fault for breeding like rabbits. Winston Churchill on learning 3 million Bengalis died in the famine of 1943, largely due to British policies. Congratulations on winning the #Oscars2018 though.” I am sure, Reuters will sooner or later do a story on this British obsession to airbrush Churchill to remove his racism and bigotry.

But there are reasons to believe that Churchill could have been right when he called us beasts and our religion beastly. Who else will burn to death a weaker neighbour, just because he belongs to another caste? Soon after Holi, the festival of colours and drunkenness, there were reports of two murders of Dalits from Rajasthan. There was a picture of a roasted human form getting circulated on WhatsApp two days ago. Yet, we invoke Gandhi and claim that we are non-violent; we build statues for Ambedkar to claim that we are inclusive. We are none of this, let us admit it, we are merely faking it. As a society we know that we are beasts. We try to act like human beings. But when nobody is watching we burn and rape and wave young girls’ entrails wrapped around an iron rod. Will we ever prove Churchill wrong? I doubt it.