Can the single-brand retail sector rake in the FDI lucre? 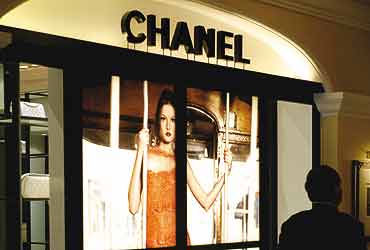 outlookindia.com
-0001-11-30T00:00:00+0553
It was touted as a major decision indicating that the UPA government was serious about reforms. On January 24, the cabinet committee on economic affairs (CCEA) liberalised the FDI policy for several sectors. Among them was organised retail. The CCEA allowed 51 per cent foreign stake in 'single brand' retail outlets. One pink paper headlined it: "Cabinet opens FDI floodgates." FICCI president Saroj Poddar said the retail decision marked a step forward in attracting foreign capital inflows and improving efficiency and cost-effectiveness of the Rs 25,000-crore organised retail sector. He said it would attract the best global players and create jobs.

But, as the finer details trickled in, most experts branded the 'single brand retail' policy as gimmickry. "It is an inconsequential change with inconsequential numbers like 51 per cent and 49 per cent thrown in. If the government thinks there will be incremental FDI by partly opening up the branded retail segment, it must be a joke," says Arvind Singhal, chairman, ksa-Technopak.

To understand why Singhal is so unimpressed, one must understand the impact of the partial opening up of the organised retail sector for foreigners. It means that single-brand MNCs like Chanel or Nike can set up their own stores in India, while holding a 51 per cent stake. But multi-brand retailers like Walmart or Tesco are not allowed. Doesn't it signify a move in the right direction?

Not really. Not when one realises that most single-brand MNCs are not interested in owning their stores. Globally, they go in for franchises for lower operating costs and to focus on marketing and advertising. Take Nike, the world's largest sportswear firm which sells through over 40,000 retail stores across the globe. It has only eight company-owned and employee-only stores outside the US. And within the US, the figure for such stores is 15.

Some doubters can contend that both Nike and Reebok own a number of factory stores which carry overstock and leftover merchandise from the previous seasons. But even the number of such outlets owned by Nike and Reebok globally are a minuscule 129 and 100, respectively. In the US, Reebok has 223 factory outlets while Nike has 157. Juxtapose these figures with the fact that Nike operates in 160 nations and Reebok in 170. Designer chains like Chanel too own a few stores to mark their presence. But most of their sales happen through retail chains or multi-brands malls or franchisees.

So, it's unlikely that the government's move will attract huge FDI inflows. One must remember that many brands are available in India via their franchisee outlets. Only global premium lifestyle products retailers like Zara, Mango, H&M and Dunhill may find the step positive as they operate through company-owned stores.

Probably that's why the voices of the supporters of the decision are subdued. Explains N.V. Sivakumar, executive director, PricewaterhouseCoopers, "The decision could be a positive step forward in the eventual freeing up of the retail trade. By letting in branded retailers, the government will get a feel of MNC retailers. Once the government becomes comfortable with them, it can start looking at opening up the larger retail space."

However, the Left parties still smell a rat. In its statement, the CPI(M) voiced its apprehension that single-brand shops will be able to sell a wide range of products under the umbrella name. "Through this decision, the UPA government has opened up the retail trade to MNC giants. The decision to open up the key areas will have serious deleterious effects on the economy and the life of the people," it said. One Left leader felt the government announced the opening up of the sector to send the right signal to the developed world before the Davos meet.

If that's true, the CCEA did a smart thing. It made the developed world happy, it realised that the decision wouldn't change the realities at the ground level in a major way, and still didn't allow the entry of powerful MNC retailers like Walmart, Tesco and Carrefour.

The Spoils Of War