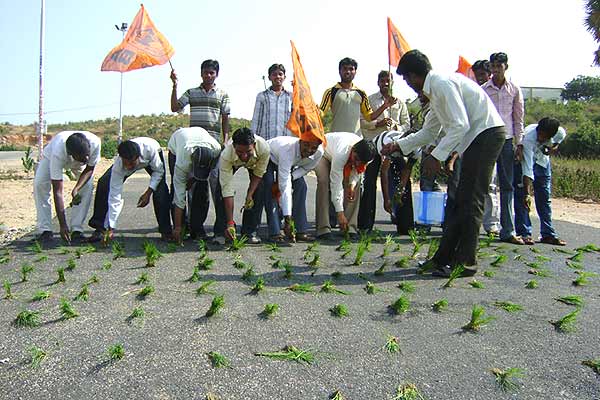 Political agitations that drag on and on fall into a set groove—usually, one tired rally after another, with a flagging media attendance. Not Telangana, where the fight for statehood refuses to be monochromatic, and is expressing itself in a riot of colours. The violence that raged across the 10 districts of Telangana in December has given way to a burst of innovation and colloquial creativity. From cooking on national highways to planting paddy on the roads, from washing clothes on the streets to weaving saris on a moving tractor, there is never a dull moment in T-land.

In Amanagallu in Mahbubnagar district, indoctrination is in full swing—village leaders have established a Telangana school, where students are given lessons on the movement’s history. One zilla parishad school in Adilabad district even hosted a daylong ‘election’, in which nearly a thousand people voted on the question of statehood for Telangana. No prizes for guessing the results.

Telangana ideologues like Professor K. Jayashankar calls this the genius of the common man at work. “Strikes, rallies and seminars are the usual ways to generate awareness in political agitations across India,” he says. “The citizens of Telangana are devising a new format for expressing their views peacefully. It heralds a new maturity in the movement.” 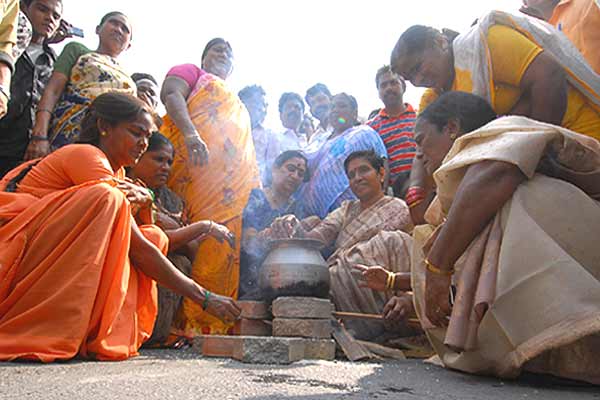 Describing how a TV crew from Delhi filmed, fascinated, as people in his constituency cooked and ate on the road, Sircilla MP K.T. Rama Rao (son of TRS chief K. Chandrasekhara Rao), explains: “These are not...