"Children are the living messages we send to a time we will not see.” Resonant words, those…for, they speak to our will to endure as a species despite the ephemeral nature of our individual lives. But when former US President John F. Kennedy had thought of those words, he could not have imagined that a time would come when they would gather such deep, devastating meaning. A time when we know, as we live and act, that ­history is watching us.

What do we tell our children? It’s a deeply troubling question, because we ourselves do not know. COVID-19 is like an epoch that comes along once in an aeon: it has shaken us to the core, stripping away all our certitudes and guarantees. Death is now a part of life in a new kind of way—a sense of extinction now permeates every living moment in a way we have not known. How do we then redeem our pledge to life? How do we speak to the ­future—via our living messages? Our ­children are battling a complex medley of the darkest demons we know: loneliness, depression, sadness, pain, a myriad of unexplained emotions. Not to speak of the ever-present threat of disease. Even if the ratio of children getting affected during the second wave had statistically not changed, the absolute numbers are always horrific in India. And we may be headed for an even more challenging time if the predicted third wave zeroes in on an unvaccinated, young India. Presently, the trauma is just about bearable, but if the kids become especially vulnerable with a new mutant strain, we are looking at devastation. A higher child mortality will have deep-going consequences for our economy, not to speak of the social catastrophe it will cause. It’s ­entire communities that will suffer mutely. Will we, the elders, be able to cope with the emotional turmoil and emptiness?

But the onus is on us as a society: we have to keep our eyes on reality, think and act. What do we see?

We see our children caged within four walls. It’s been a cruel prison sentence that has already lasted almost a year and half. And still, the vulnerability does not leave them. We, the elders, go out and bring the disease home. If the kids succumb, it’s because of us, it’s a collective guilt that will not let you ­either live or die.

I remember a seven-month-old, premature baby in Uttarakhand infected by Covid. Imagine the horror! A life born into disease, for no fault of its own. I was approached for help. Nobody entrusted me with any responsibility, but I just could not walk away from that nightmare. I managed an air-ambulance; the baby was treated at Apollo Indraprastha Hospital, Delhi. He has recovered and will be back home soon. He is the youngest Covid survivor I would ever know.

There is an idea that resonates here, one that I, along with Dettol, have been ­proposing through all these years. It’s built around our campaigns ‘Dettol Banega Swachh India’ and ‘Dettol Banega Swasth India’. You won’t believe it, but we did not see it as a corporate opportunity for Reckitt, as a brand. It’s a motto we developed as a ­response to human suffering—and small ­hygiene practices that can save millions of lives. It’s a simple question of developing a certain life-affirming culture we believe in.

During the pandemic, I had the opportunity to work with several community campaigns, some in an official capacity, some at personal level. The one closest to my heart is where we got schools open and buzzing, with the kids back. What enabled that was our Swasth Mantra Kit, which contains all the vital tools: oximeter, thermometer, masks, Dettol Sanitizer and Handwash.

­History will ­recall the ­value we ­created by ­reaching out to a ­generation that was ­almost born imprisoned.

But soon, it was clear that schools had to be shut, and the only way to keep children mentally active and engaged was to go digital. We came up with a game ­series with Butterfly-fields called ‘Unlock 22’ where kids could unlock one game daily and play. Of course, it was based on learning modules and skills. This was a small initiative on our part. What we are observing of late is that the journey of young minds is becoming more and more complex. But mental ­engagement is key, I believe. Another initiative of ours is a Hygiene coding competition—50 of the winning kids will be awarded on Dettol Banega Swasth India. We also thought it appropriate that we keep gender equity front and centre in this initiative.

But again, our systemic limitations crept in on us. Inevitably, the focus of such endeavours seems to stay on those privileged enough to have access to digital means. What about the vast subcontinent of young minds outside that? How could we become more inclusive in our programming? How could our concepts of hygiene reach the families of, say, plantation workers? Or indeed, migrant labourers—whose lives are marked by flux? We cogitated and brainstormed, we went to NGOs, we plotted our paths doggedly, we went to schools ­beyond the pale of urbanity. When we started our journey, our reach was limited to 2,500 children. Today, we have reached 6 lakh schools across 14-15 states, where 40 million kids are studying. City, kasba, village…we have become the largest such campaign in India, reaching every part of this landmass. The idea is to touch every young life, nurture and take care of them, so that they grow up with a ­certain virtuous protocol instilled in them. There will come a time, we believe, that ­history will recall the value we managed to create by reaching out to a generation that was almost born imprisoned—and then co-evolving a set of tools that would set them free. All their sacrifices—of play with friends, of exploration and the outdoors—must bear fruit. And we learn with them. 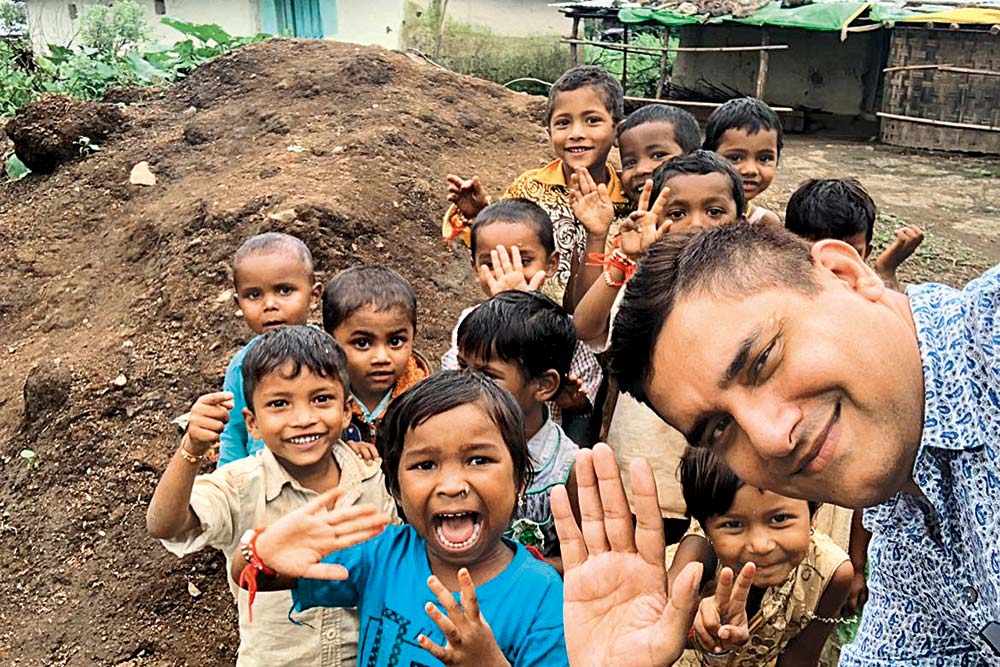 We would like to credit our partners like Outlook and NDTV for harbouring our programmes and helping convey our messages of hope. Messages that, in times of despair, made people think and helped turn them tow­ards positivity. People now understand that health is not just about physical well-­being: its emotional, social, spiritual and ­intellectual correlates are as important. And learning matters. Kids have behaved more appropriately than adults (many of whom practise what they nowadays call ‘Covidiot’ behaviour)! We believe our young messengers—having imbibed Dettol’s Banega Swasth India ethos—will endure and save the future.

Another personal note, an event that touched me profoundly. On May 8, a text ­arrived on my mobile. It said, “By the way…Happy Mother’s Day to you, for being the mother and father to all those HIV+ orphans. After all, motherhood is not about biology alone, but of complete inclusion. Stay blessed.” It was from one of the caretakers of the 70 HIV+ orphans I have adopted in my personal capacity. The words instilled a new hope and sense of power in me especially in these times when COVID-19 has brought more grief and sadness in our lives. I never expected my small gesture could touch a chord so deep! I also feel that, if it hadn’t been for Reckitt, I wouldn’t have got this golden opportunity to serve the community and repay my debt to humanity. 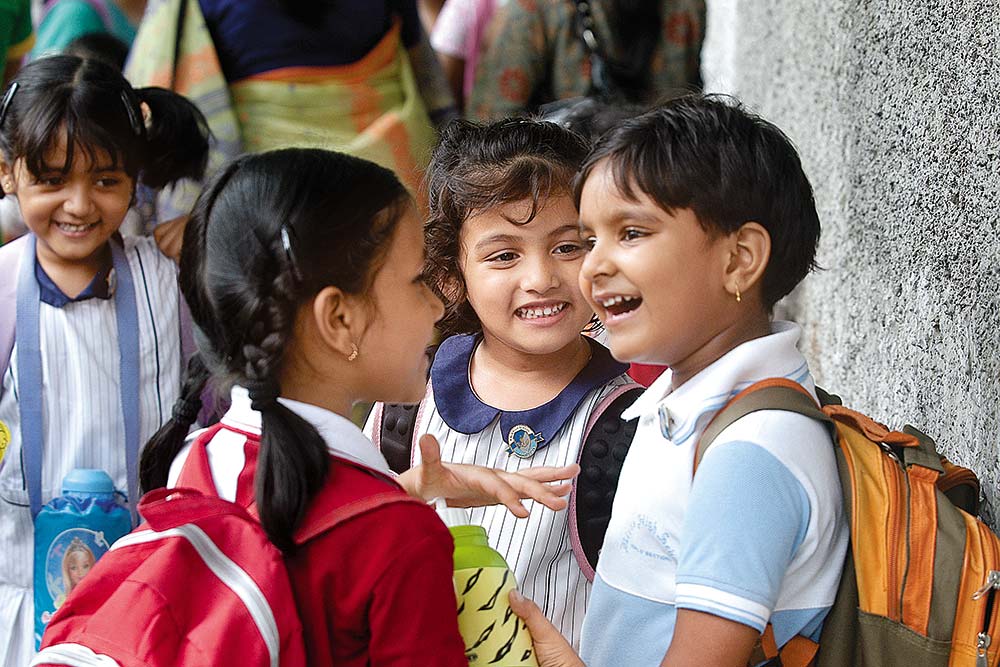 It wasn’t all happiness, of course. There were also sombre events, things that made me reflect sadly on the state of society. Once an Aligarh-based Muslim family approached me for plasma. I had called and informed them that I would be available. They did not believe it. I reached the hospital, donated plasma and later received a call saying, “Do people like you still exist in this world?” They had approached several people, but people were reluctant to help because of religious beliefs. A dilemma haunts me today. Can ­humanity be ever taken over by religion? Although the elderly man who required plasma eventually lost the battle of life, his wife is still in touch with me. She calls me often to enquire about me and my family, and showers me with blessings. This inspired me to back Bikers for Good, a motorcycle club originally launched to change society’s negative perception of bikers, and is now building India’s biggest blood donor database, providing services 24x7. They have partnered with Reckitt to raise awareness about the need for blood donors at this crucial hour.

But events can touch you, and connect your personal self to the world, in various ways. In the first week of May, when oxygen concentrators were in great demand, a bunch of my friends started a fundraiser on LinkedIn as a birthday gift to me. They managed to raise enough money for 8,500 oxygen concentrators that were distributed to various charities. When I asked them, “Why in my name?”, they said: “You inspire and surprise us with every effort of yours.” In May, Reckitt had ­decided to honour the sacrifices of Covid warriors—these are not people you see on television every day, but the ones who live in and around you. Someone asked me, “Are you not late on this?” I said what life has taught me is that we have to do our best today, and that best can be a game-changer. Dettol Banega Swasth India has given space to heroes, people like Jaitli behen and Rajdi Sardana, and has woven lots of stories of hope. Yes, everyone is a hero. We mark and celebrate that idea within our ranks also. Don’t be surprised if you see me in one of the campaigns! For, I too have been labelled by Reckitt as one of ‘Our Protectors’ for creating social impact. I would accept the honour with utmost humility on behalf of all those silent warriors out there. And in service of a world based on empathy, a future where we can again share our stories.