Our Penny Stocks, Our Tomorrow

The pandemic has left a ­generation-sized vacuum in the lives of our young ones, the most innocent victims of the Covid catastrophe. We must invest in securing India’s future—right now.

Each generation has to go through an ­era-­defining upheaval. It is mostly on a ­national scale, sometimes regional, and ­occasionally, as was the case in the two ‘World’ Wars, near-global. Some of us lived through Independence and Partition, some through wars, and some through the economic liberalisation of the 1990s. Nothing could have prepa­red us for this. And in turn, it would’ve been nearly impossible to prepare our children for it.

Nevertheless, they find themselves in the middle of it. An era-defining upheaval. A ­pandemic of a globalised world. A world where news of death, illness and misery across the ocean is barely an instant away. For the last year and a half, we have been united in the uneasy knowledge that we are all in this together, regardless of location, economic ­differences, religious beliefs and age.

The oft-repeated assertion entering the lay consciousness has been that children are safe from contracting COVID-19. A truer statement would be that they are relatively safer from severe forms of Covid. They aren’t ­immune to it, and the fact that the rate of mortality and severity is lower doesn’t mean we let our guard down. It also doesn’t mean we panic about a third wave where children are supposedly at disproportionate risk. As we have seen across time and space, the section of the population most at risk of contracting Covid depends on a number of factors—­behaviour, exposure, lockdowns etc. We have seen that even the most stringent of ­precautions and most secure bio-bubbles are not foolproof. If a city were to open schools and keep offices closed, the logical result to expect would be a higher number of cases being reported in adolescents compared to middle-aged men. The steps we take as a ­society have been seen to have more bearing on the risk of contracting Covid than ­physiological factors, which have not been properly studied yet.

This pandemic has exhibited a non-linear, complex nature; all predictions, whether based on complex mathematical models or past experience or even just instinct, have gone for a toss. It would be prudent, therefore, to be cautious against any speculation or prediction unsubstantiated by hard ­evidence, especially about the third wave specifically targeting children. All this can result in is unwarranted mental trauma to children and their caretakers, rather than preparing them for whatever lies in store. Usually, it is expected that every fresh wave would be weaker than the previous one, but the strange nature of the virus coupled with human behaviour has belied this. The second wave took a much heavier toll than expected and has given credence to the possibility that the third wave might be even stronger. The number of people infected has been much higher in the second wave; proportionately, the number of children infected also increa­sed. This remains a possibility even in the third wave, but there is no logical reasoning or evidence to believe the third wave will predominantly or exclusively affect children.

However, the impact of the pandemic on our children has not been limited to the ­actual disease, but a gamut of related issues and lifestyle changes forced upon them due to the pandemic. A recent study published in Indian Pediatrics, monthly journal of the Indian Academy of Pediatrics (IAP), found that almost a third of children had developed psychosocial problems, presenting as ­symptoms of anxiety and depression. The underlying problems for these ranged from the fear of acquiring Covid infection, not being able to attend school, to not being able to meet friends. The thing they missed the most, as well the activity they intended to ­engage in as soon as the lockdowns were over, was to meet friends.

Socialising for children is even more important than it is for adults, for it contributes to their overall development into young adults. It builds social skills, teamworking skills, communication skills, not to mention the ­natural build-up of immunity in classrooms and playgrounds. Children are exposed to common viral and bacterial pathogens in these settings and develop immunity against them. The fact that they have missed out on this is worrisome, but on the cost-benefit ratio, somewhat justified considering the cost is the unchecked spread of a pandemic. 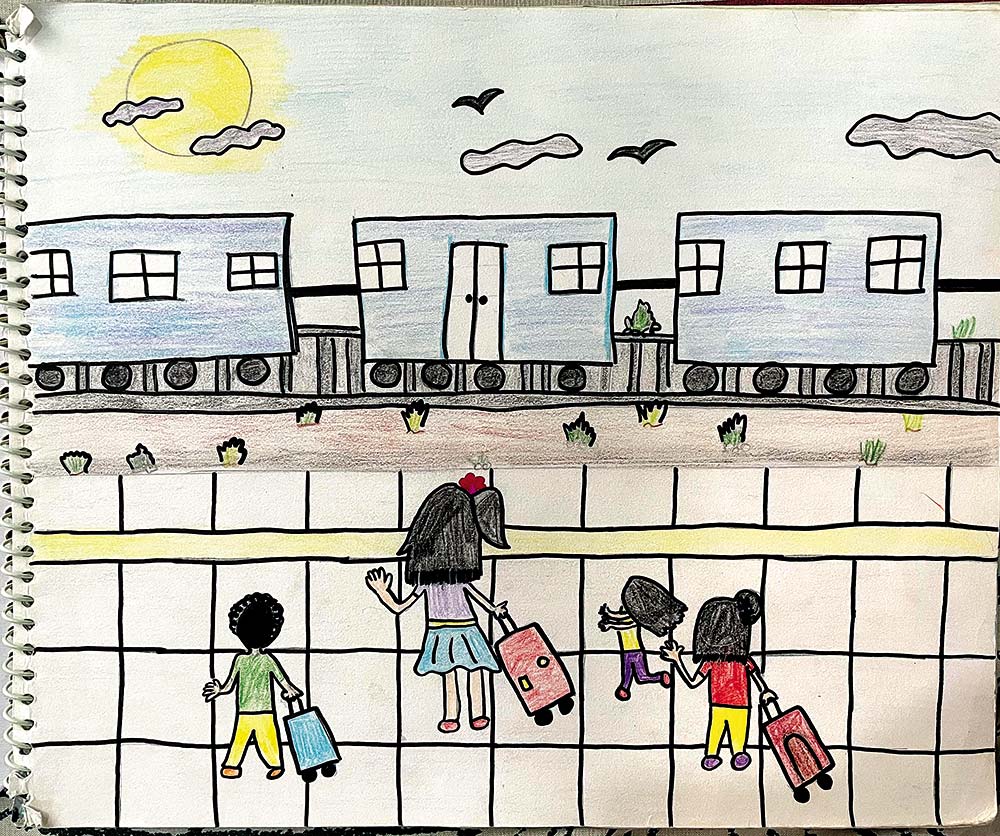 One of the more serious side-effects of the pandemic has been the reduction in child ­hospital visits. Hitherto, any paediatrician could attest to parents bringing their children more frequently to their doctors, either for regular immunisation or even in cases of mild illnesses, than they would themselves. These used to provide a vital stopgap in diagnosis and management of chronic illnesses, which would have otherwise gone unnoticed, since routine check-ups have been almost non-­existent in a large part of the country. Now, due to Covid, there is increasing reluctance to bring children to the hospital. Sure, telemedicine has taken over where it can, but there’s no denying the value of an in-person visit for diagnosis of an underlying disease. Even ­routine immunisation has suffered and this can be disastrous in the long term. The ­pandemic indirectly might end up aiding the proliferation of a host of other illnesses.

Then there’s the economic impact. Already marginalised communities have borne the brunt of it, with no jobs, no income, and savings exhausted. This will invariably have an impact on their child’s nutrition, and in turn, their overall health. The challenges are many, and therefore, there can’t be one solution.

The other vacuum children are left with for now is schools. Schools are an inextricable part of a child’s life; they spend at least a quarter of their day in school or travelling to and from it—vitally, being socialised all through. The stringent lockdowns necessitated by the pandemic brought a simultaneous need and opportunity for a paradigm shift in education.  We know, now, that self-­directed learning works, with children gaining more autonomy, responsibility and, in turn, more independence in setting goals and achieving them. The absence of an authority figure solely responsible for their education has provided a long overdue impetus in self-motivation and ownership in education. We also are more cognisant of the possibility that attending school is more important for socialisation and associated skills rather than mere learning. In view of this, and to better take care of our children’s mental health, which has been tested time and again during the pandemic, there is an imminent need to redesign school curriculums, as well as ­performance assessment systems.

A holistic approach to child mental health needs to be adopted by parents and teachers alike, who need to be sensitised into minimising the stress on every child they are ­responsible for. Equating excellence in ­academic learning to self-worth merely serves to inflate an already competitive ­environment and does not work towards ­discipline and results. These positive traits need to be self-motivated if they are to ­sustain for the long term, and the self-motivation can only come from a place of mental calm and security. To build this, screen-time needs to be reduced for children. Yoga, meditation and other forms of exercise need to be taken up. And since we have already seen the psychological issues emanating from the pandemic, an exclusive helpline to combat adolescent suicide is long overdue.

It’s true that the pandemic has wrought ­unprecedented misery and chaos everywhere, but it has also exacerbated existing problems like nutritional extremes. On one hand we are battling with issues such as ­malnutrition and anaemia. The Comprehensive National Nutrition Survey (CNNS) India 2016-18—which included data on 1,12,316 children and adolescents—­revealed that only 6% of infants are getting a minimum acceptable diet, the prevalence of wasting (defined as low weight for height, ­indicating acute malnutrition) and stunting (defined as low height  for age, indicating long-term malnutrition) in under-five ­children are 17% and 35%, respectively; and 41% of pre-schoolers, 24% of school-age ­children, and 28% of adolescents are anaemic. It’s highly probable that the problem has ­worsened during the pandemic, especially among children belonging to underprivileged communities such as manual labourers, ­daily-wage earners and migrant workers, who have been struggling to survive. There is an ­urgent need to address the lack of proper ­nutrition in these children, which can result in long-term ­stunting and developmental ­disorders. On the other hand, we have urban children living in ­economically stable ­households, who are at the other end of the ­nutritional extreme. In the last decade, ­options at home for junking have been on the rise, ­becoming ever-more ­prevalent during the lockdowns. A national consultative group ­constituted by the Nutrition Chapter of the IAP has suggested a new acronym: ‘JUNCS’ foods, to cover a wide variety of concepts ­related to unhealthy foods. Think ‘Junk foods, Ultra-processed foods, Nutritionally ­inappropriate foods, Caffeinated/coloured/carbonated foods/beverages, and Sugar-sweetened ­beverages’. Consumption of these foods and beverages, we conclude, is ­associated with higher free sugar and energy ­intake, and with higher body mass index, while intake of ­caffeinated drinks may be ­associated with ­cardiac and sleep disturbances in ­children and adolescents. In view of these ­conclusions, it’s necessary to have stricter ­policy on ­ultra-processed and junk foods, front-of-pack labelling, and creating ­awareness about their adverse effects. 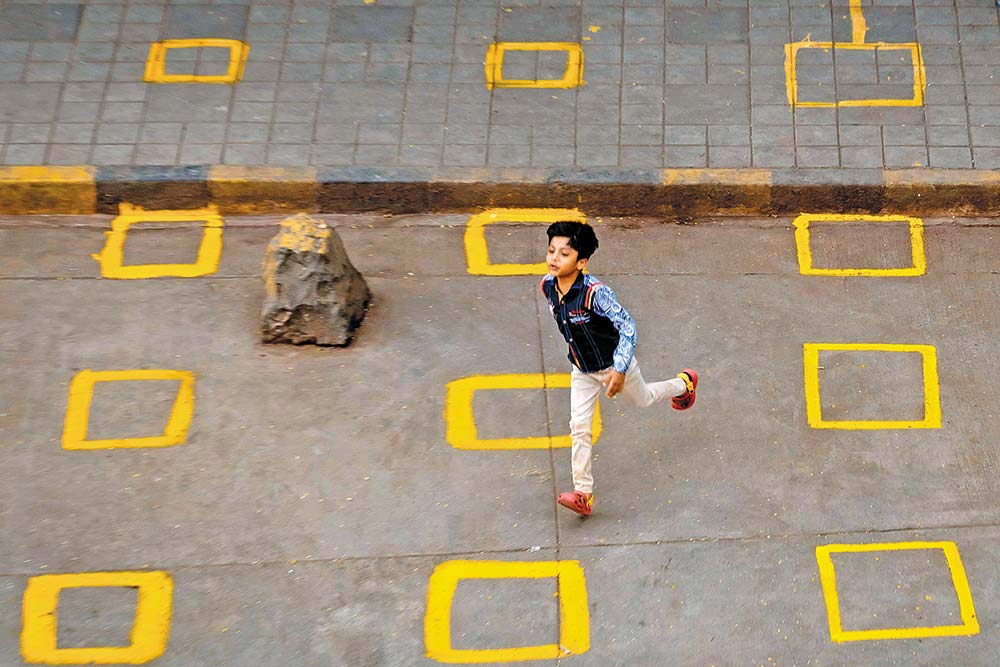 Exercising at home for children, including but not limited to yoga, is encouraged to ­increase physical activities, but it’s not a ­substitute for schools, which need to be ­reopened to provide them with a sense of ­normalcy. However, as an IAP Task Force ­recently put forth in its guidelines, they should be opened “only when the local epidemiological parameters are favourable, the administration is equipped with adequate ­infrastructure and healthcare facilities, and the stakeholders (teachers, students, parents and support staff) are prepared for the new normal. In the ­meanwhile, remote learning (media-based and/or otherwise) should reach the last ­student to maintain uninterrupted education.” School attendance will ensure that children are not leading a sedentary lifestyle, are ­mingling with peers, and developing a healthy immunogenic arsenal.

Speculation about a third wave that predominantly affects children shouldn’t be seen as a reason to panic, but an ­opportunity to better our paediatric healthcare ­infrastructure—historically inadequate in ­normal times, let alone during a pandemic. Not just district hospitals, but even many medical ­colleges in the country do not have intensive care services for children, be it in terms of trained specialists or essential equipment. The litchi epidemic was a stark example showcasing how woefully underprepared we are in dealing with a sudden spike of such nature. The motto has to be—build in peacetime, so that we are ready for war. Healthcare, especially for ­children, has to become a priority if we are to handle a ­pandemic. This does not simply mean buying more ventilators, procuring more equipment, creating more beds. It also means making sure the workforce responsible for our children isn’t scanty, starved or scared. 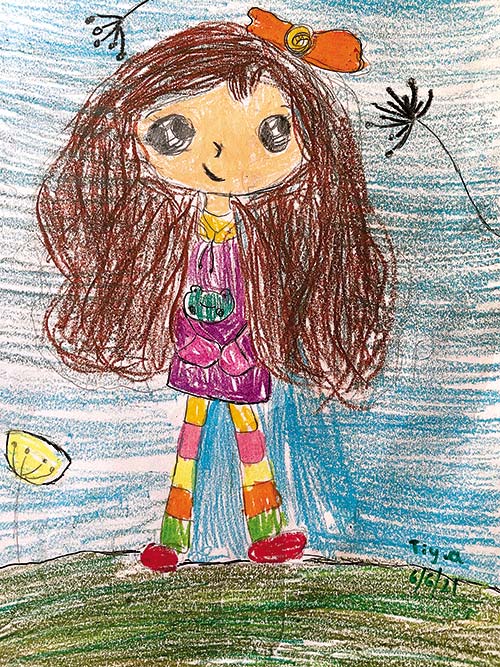 The writing is on the wall for anyone to read. We can’t think short-term and expect long-term gains. Dealing simply with Covid will not erase ­decades of under-investment in child health. There needs to be a long-term commitment from all private and ­public stakeholders if we are to be prepared for the next era-defining ­upheaval.