Lifestyle diseases threaten to destroy the socio-economic fabric of several nations, including the poor ones. Only a coordinated and comprehensive strategy that combines public and private policies can reduce them 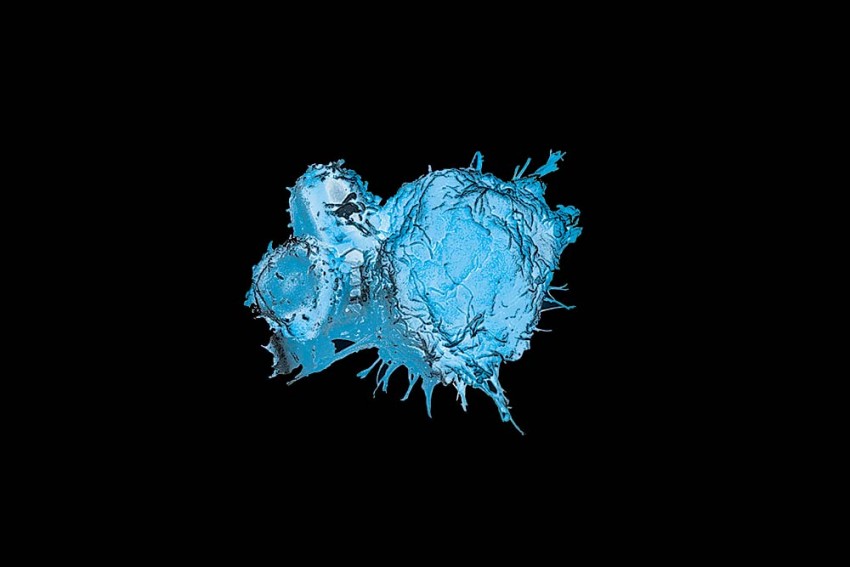 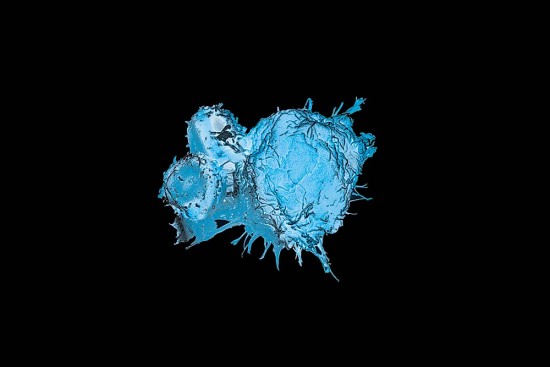 Imagine a day in your life. You get up early to send your child to school. There is a rush, and you have no time to make breakfast. You pack the child’s lunch with white bread and butter, or give her money to eat something at school, typically chole bhature, samosa, bread-pakoda, or packed snacks. Once the child has left, you light up your first cigarette for the day, and get ready for office.

After the car drive, you ente the centrally-air conditioned office, where the air is stale, and the same air is constantly circulated. Your meal is oil-laden vegetables, if you are lucky, or even worse, street food. You drive back home, tired after yet another monotonous, meaningless, and hectic day. You relax with a peg of whiskey, stretch out your legs, and watch TV alone, or with your wife and child. Or you may see some dramatic serial on your laptop. The dinner is sometimes a cooked meal, but mostly a mix of homemade rotis or rice, with daal, vegetable, or meat ordered from outside.

You probably have not realized it, but you are the most prone to ailments dubbed as lifestyle diseases. These include cardiovascular diseases, strokes, diabetes, and forms of cancer, which are related to people’s lifestyle choices. Not only the rich nations, but also the poor ones are prone to them. A study said that these diseases denote “a vicious cycle of risk where the poor are increasingly exposed to behavioral risk factors… and these diseases play a significant role in driving people and their families towards poverty”.

In your case, you did everything, almost everything, wrong. You didn’t exercise, and you spent most of the time in the office, pored over the laptop. Your diet was unhealthy, fatty, and unhygienic. Your commute was through polluted air, amidst noise pollution. You smoked, and you drank — tobacco and alcohol are among the biggest factors behind lifestyle diseases. You watched TV for hours, which too is a major source of the ailments. Your social interaction, except in an officious manner in offices, or on weekends, was minimal. 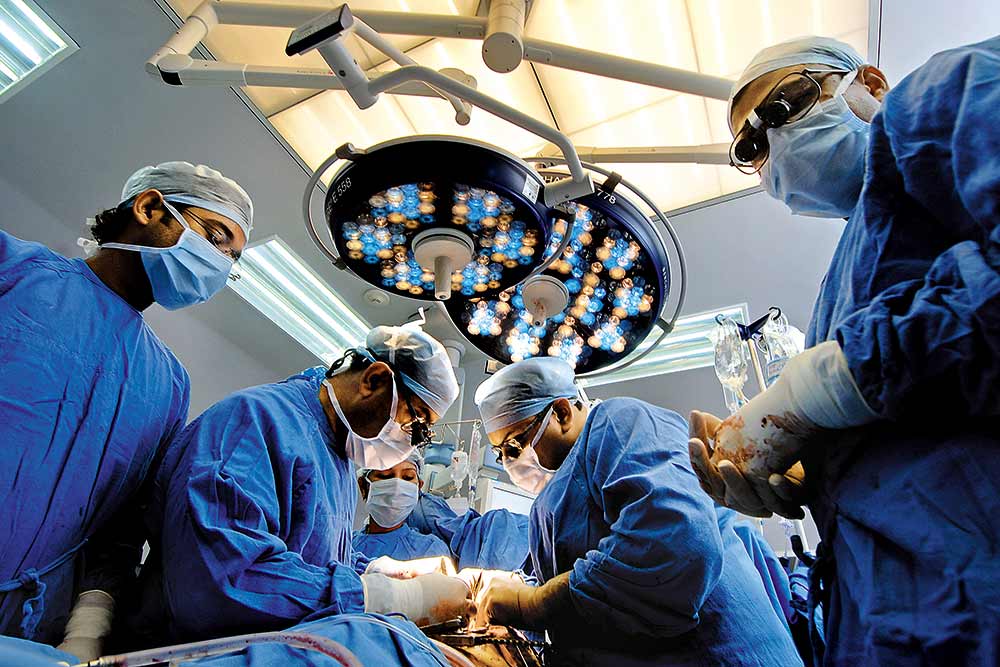 Photograph by Tribhuvan Tiwari
If key messages are integrated with the classes, and woven into courses related to math, social studies, science, and language arts, they can prove to be good interventions

The traits of these diseases are obvious — they are not related to external microbes and viruses, but to your diet, and daily routine. They are not transmitted from one person to another, but grow inside your own body and mind, independent of the others. Your behavior is what puts you to risks. The latency periods of lifestyle diseases are long, and so are the prolonged courses. It may take years before a patient is forced to opt for expensive, and time-consuming medical care. Despite this, the consequences can be lethal — death.

Experts agree that only a coordinated and comprehensive strategy of combined private and public policies can tackle these malaises. It requires interventions at multiple levels. Education is critical, not just in schools, but also among adults. The involvement of health workers, and health stakeholders, is crucial. Urban transport policies need to be tweaked and reformed. Urban planning and environment comes into play. Economic incentives, against unhealthy food, and to promote healthy ones, can yield results. Food-processing norms can be stronger to chase away obesity. Corporate workplaces can push for behavior change among their workers.

Education: Clearly, young students can be educated about the benefits of healthy food, nutrition, physical activity, and the harmful effects of tobacco and alcohol at an early age. The negative impact of prolonged TV-watching can also be drilled in, mostly by making them interested and engrossed in other activities. Even the policy makers can intervene in an effective manner. In several countries, school programs have reduced TV watching, and also resulted in lower average weights among the children. Most of the components of the programs are driven through the teachers, who incorporate messages into various courses — mathematics, social studies, science, and language arts. Its efficacy can be judged by the fact that one of these programs in the American middle schools achieved amazing results, especially because the crucial messaging was integrated into the existing classes and courses.

Worksite plans: Companies can encourage healthy diets, as well as urge their employees to walk, cycle, or workout in office gyms. For example, as early as the 1990s, Johnson and Johnson introduced “Live For Life”, with the goal of making its employees the healthiest in the world. According to a study, “In 1993, the company integrated its health and wellness program with its disability management, employee assistance, and occupational medical programs. Instead of using physicians and nurses to treat symptoms, the combined program sought to change individual behavior and improve health status. Employees were offered $500 in benefit credits for participation. The program included routine health assessment, health promotion after recovery from a medical event, and support when returning to work after a major illness.” Within a few years, the company attained savings of more than $400 per employee per year.

Local healthcare providers: In India, most of the healthcare interventions in the villages are done by the anganwadi workers and ASHAs. They can be trained to inculcate behavior changes using behavioral sciences, and the science of cognitive biases. As the government found in several other schemes, like Swachh Bharat Mission and Beti Bachao Beti Padhao, it is easy to use certain principles to avoid cognitive biases that are inherent in human beings. This learning can easily be applied to healthcare schemes like POSHAN Abhiyaan. Some of these principles, which were mentioned in Economic Survey 2019, include:

Transportation and environment: There are several sub-issues related to urban transport and environmental design. There is a need to limit the use of automobiles in the cities. One of the ways to do this is to follow the Singapore model, where “a combination of limiting the number of licences issued, implementing a vehicle quota system, and introducing a road-pricing system has limited personal car ownership and congestion throughout the country.” Other nations and regions are now enacting similar road pricing systems or congestion taxes. For example, London has taken several measures to limit traffic and congestion in the central parts of the city.

The other model is to enhance public transport, and other means, as Brazil has successfully done. Decades ago, in Curitiba, Brazil, the city planners adopted a master plan to virtually eliminate the need for automobiles. “Minibuses are used to quickly and efficiently transport individuals from residential neighborhoods to express bus lines. The bus lines run almost every 90 seconds, and can carry up to 270 passengers each.” During the 1990s itself, compared with other Brazilian cities, Curitiba used 30% less gasoline per capita, and its air pollution was among the lowest in the nation. 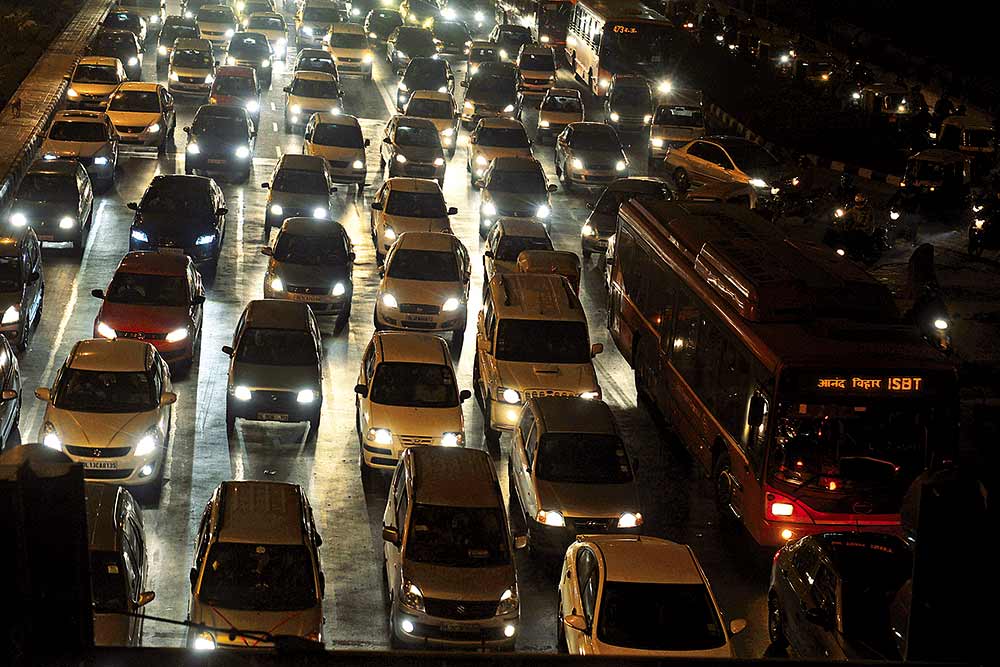 Urban planning, when combined with urban design, land-use patterns, and transportation systems that promote walking and bicycling can help create active, healthier, and more livable communities. According to a study, “The so-called smart growth movement has resulted from concerns about urban sprawl and unsustainable development and is encouraging governments worldwide to rethink how they develop new areas and redevelop older suburbs and cities. Smart growth principles include mixing land uses, using compact building designs, including a range of transportation and housing choices, building walker-friendly neighborhoods in attractive communities with a distinctive sense of place and implementing a philosophy of directing development towards existing communities and the preservation of open space.”

Economic policies: The policy makers can influence the incidence of lifestyle diseases through interventions in several ways. As we mentioned above, auto policy, and those related to urban transport, can influence pollution levels and physical health of a nation. According to one study, “Subsidies can favor the consumption of less-healthy foods, such as sugar, refined grains, beef, and high-fat dairy products as opposed to fruits, vegetables, whole grains, nuts, legumes and fish.”

Similarly, high taxes on tobacco and alcohol, apart from physical restrictions  that they cannot be located near schools and colleges, along with age restrictions (they cannot be sold to people below 25) can impact consumption. Prohibition is an option. But in both cases, experiences prove that such stiff measures can lead to smuggling, both across the borders, and across different states. Hence, state intervention is required, but in a balanced way.