Having concentrated his energies on a strong Lokpal bill, Arvind Kejriwal expresses disappointment at the current shape of the draft bill. 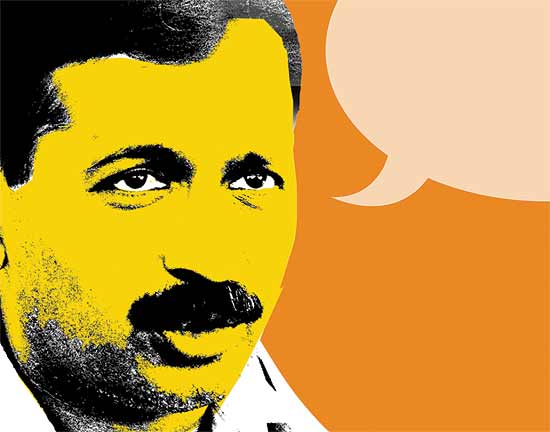 “We don’t see any substantive change by the standing committee on the government draft. It would be better not to impose a weak Lokpal bill on the states, some of which, Uttarakhand, for instance, have a strong Lokayukta bill.”

What has changed between August, when the Anna Hazare-led movement succeeded in pressurising the government to commit itself to passing the Lokpal bill, to November-end—the point at which the standing committee has finished its deliberations on the draft bill?

Parliament made three commitments in August, conveyed to Annaji by the prime minister in a letter. They were: a citizen’s charter, Lokayukta to be set up in every state and inclusion of the lower bureaucracy within the ambit of the Lokpal bill. However, the reports emerging from the standing committee seem to indicate that some parties on the committee have not followed the resolution in Parliament.

What were your expectations from the standing committee when it began working on the draft bill?

What do you think were the sticky points for the committee? As 11 of its 31 members are from the Congress, did you expect the decisions to be different?

The inclusion of the prime minister, lower bureaucracy, citizen’s charter, judiciary, protection to whistle-blowers, making CBI accountable, transparency and accountability in appointing a Lokpal—the selection process and removal from service—and a whole gamut of issues have been left out.

We don’t see any substantive improvement suggested by the standing committee over the government draft. If a weak bill is presented to Parliament, it is better not to impose it on the states. We’re hoping the Centre will pass a strong bill, otherwise states like Uttarakhand, which have a strong Lokayukta bill, will have to replace it with a weak Parliament bill.

Did you expect the committee members to do an about-turn on the inclusion of the lower bureaucracy? Not just the Congress but members from other parties too have opposed its inclusion. On the other hand, three Congress members want its inclusion.

The inclusion of Group C & D employees in Lokayuktas is welcome. But the exclusion of the same in the central government is worrying. Besides, putting them under the CVC is not a good idea as the CVC has neither the resources nor the power. The standing committee is also fracturing the mandate of anti-corruption agencies. So far, the CBI too was looking at C & D employees. Now it’s confusing.

The about-turn of the non-Congress members seems to have been done under external pressure. Normally, standing committee members are expected to rise above party lines. But they seem to have followed their party diktat.

If the government fails to introduce the bill on time, will you resume your campaign?

We’re committed to a strong law, protests will continue.

There is criticism that you have appropriated for yourself the role of being the custodians of civil society, despite the differing views on the Lokpal. Have you initiated a dialogue with different sections of society and other civil rights groups, for example the NCPRI? Has any consensus emerged from such a dialogue?

It is wrong to say we have become the custodians of civil society. We are ordinary citizens as agitated about corruption as anyone else. We have a solution in Jan Lokpal—which has found resonance among many; that is democracy. We have had serious discussions with NCPRI and have only one area of difference: including C & D employees under Lokpal.

Get Ur Swoosh On