Delhi University has of late seen a sustained charge by the RSS brigade. What of the future? 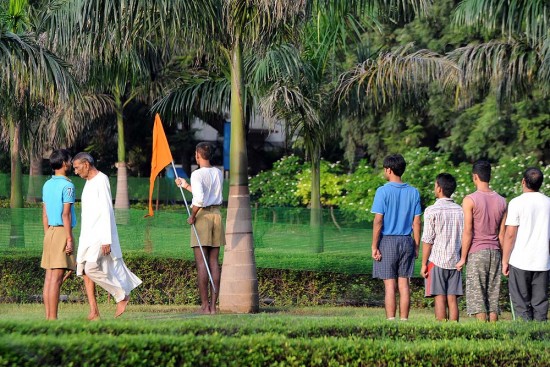 What’s wrong with Delhi University reprinting an old Hindi book on the 16th century saint-scholar and reformer Sankar Dev from Assam? Nothing really, if it is deemed in isolation. But once one takes into account the record of Delhi University’s publication wing in reprinting old manuscripts, eyebrows were bound to rise. This was the first time, claim old-timers, that the Hindi directorate had reprinted a book not published by itself. The decision to print or reprint books generally follows a procedure, is referred to an expert committee and takes over a year or more before the final publication. But in this case, nobody knows who was consulted and how the selection was made. Nor was it clear what the urgency was.

The DU went a step forward by holding an impressive function last month to launch the book—again an apparent first. The invitation to RSS ideologue Krishna Gopal to speak on the occasion—though the invitation card carried only the name of journalist-editor Ram Bahadur Rai, a former socialist who has drifted to the RSS—intrigued many till Sangh sources explained that he had been deputed by the organisation to look after university affairs.