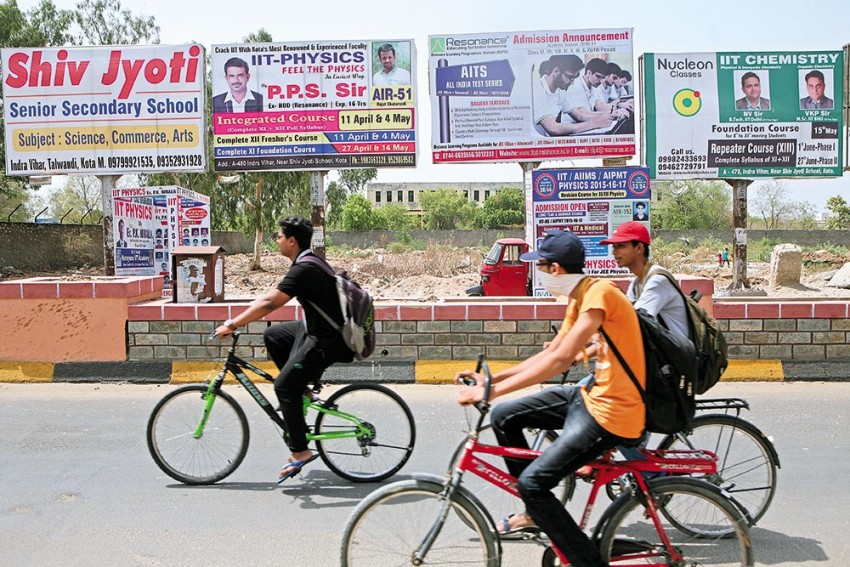 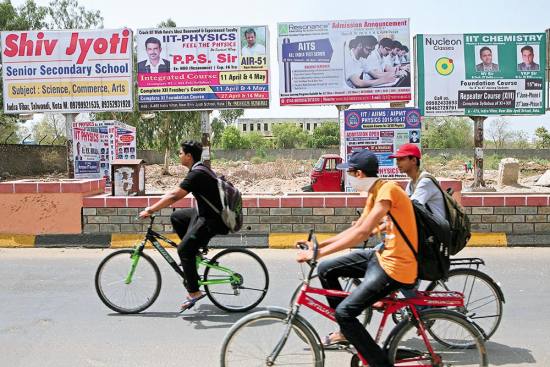 It’s okay if your talent is uploading rictus-stricken selfie smiles. It’s equally okay if you find a piece of music, poetry or a sunset beautiful, or if you want to let tomorrow take care of itself. But if your ambition is fat pay cheques and perks—more appropriately, if that is the dream of your parents—you can’t escape immersing yourself in mind-numbing science and mathematics in cram schools to crack the fiercely competitive entrance tests to IITs or AIIMSes.

Degrees from these premier technical and medical colleges are considered a lifetime of riches. No doubt, this has triggered a mad dash for the top institutes which have limited seats. The country has recorded rapid economic growth and numerous professional options are now available for the young Indian, but most families continue to stick to the traditional comfort zone. “My son will be an engineer and my daughter a doctor.” The old parental line hasn’t changed, even though the child may not have an aptitude for engineering or medicine.

Feeding on this IIT dream are the cram schools, or private coaching centres, in many Indian cities, especially Kota, the bland riverside town in Rajasthan that is at the centre of the country’s Rs 50,000-crore business of training thousands of teenagers intensively to solve complex multiple-choice questions on physics, chemistry or mathematics for the IIT entrance test. Teenagers spend 16 hours a day on an average doing the sums and calculus. But at the core of it is rote learning. Never mind so long as the child passes the all-important exam.

The coaching centres don’t come cheap. An average Kota cram school charges around Rs 3 lakh for a two-year programme. That doesn’t include food and lodging as well as other miscellaneous expenses that students have to account for in their budget. The fee doesn’t vary much across cram schools in various cities. This means, it’s extremely difficult for students from poor families and remote regions to enrol in these centres. 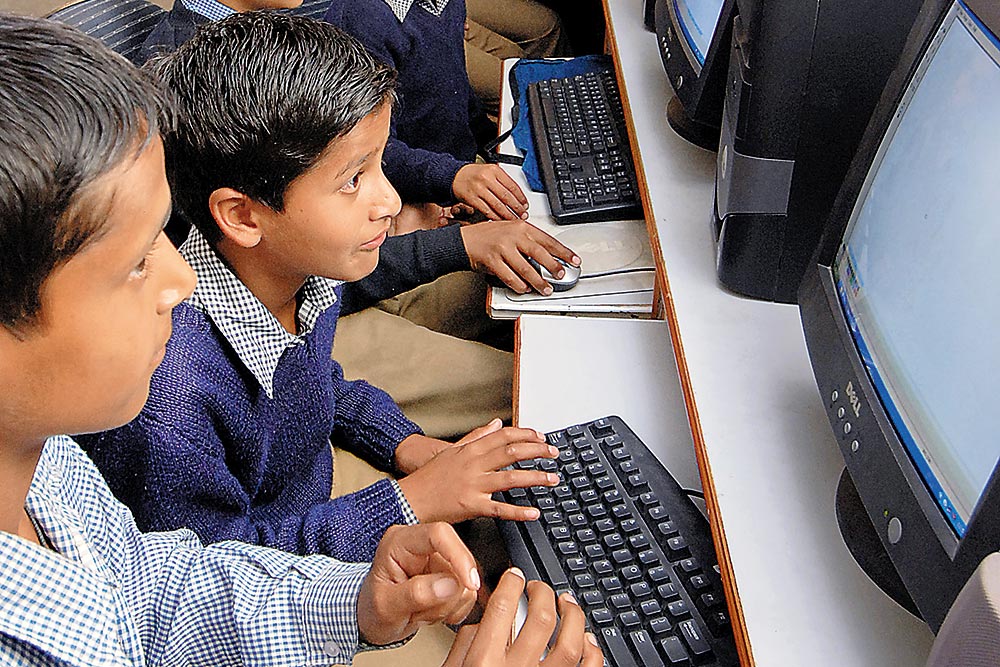 But that is set to become easier and affordable, according to a report in a leading newspaper in August, which says the Union government has proposed to provide free tuition to aspirants of IIT-JEE, NEET and UGC-NET entrance tests. The National Testing Agency, which conducts entrance exams to higher educational institutes in India, will convert its 2,697 test centres into free coaching centres from next year.

Quoting a Union human resource development ministry official, the report says teaching at these centres should begin from May 2019. As of now, the NTA will allow aspirants for the three exams sit for a mock test by registering through its app or website. The results can be evaluated and worked upon by mentors at the test centres where candidates will have to book slots.

The government’s attempt to help students from suburban and rural areas prepare for the tough competitive exams can be seen as a potential threat for the private coaching centres such as the ones in Kota and elsewhere in the metropolises.

“For a start, we will provide help to the students to take the JEE and UGC-NET exams. ”
Vineet Joshi, Dircetor general, National Testing Agency

NTA director general Vineet Joshi says the test centres, which have become functional from September 8, have been set up to familiarise students from remote and underprivileged backgrounds with computers and train them to take a computer-based test. “Students are going to be taught things such as how to navigate through the screen, what the buttons look like, how to save a question. For a start we will provide help to take the JEE and UGC-NET exams. Not NEET because only the other two exams are happening in the computer-based mode,” Joshi says.

As more than 2,600 computer training centres prepare to coach students for their first national online exam, more and more candidates are said to be lining up to seek help. “The number of students at the centres keeps fluctuating because it is driven by demand. Whichever centre is in demand for a particular week will be made operational during that particular point of time. They have been set up in cities and suburban areas as well, with classes on weekends,” Joshi says.

Registration is mandatory for a candidate to secure a spot for themselves, either via the NTA Student app, or through the NTA website. “We have also asked the centres to allow anyone walking in to train there. But one can assume that most people today have a smartphone, so registering through the app shouldn’t be a problem,” he says.

According to Joshi, apart from putting up preparation and mock test material on the websites, “computer teachers from different schools and colleges at the centres” can help the aspirants understand the challenges they will encounter after school.

The challenges are manifold and most grueling would be the rat race the teenagers are thrust into—the rigorous pursuit of an IIT or AIIMS degree. Critics argue that a child from the countryside would be punching much above his weight because of the abysmal state education system in India’s vast hinterland, which is plagued by poor infrastructure, teacher truancy and vacancies, and overall lack of quality. Most of these youth are poorly educated and end up with low-value jobs. 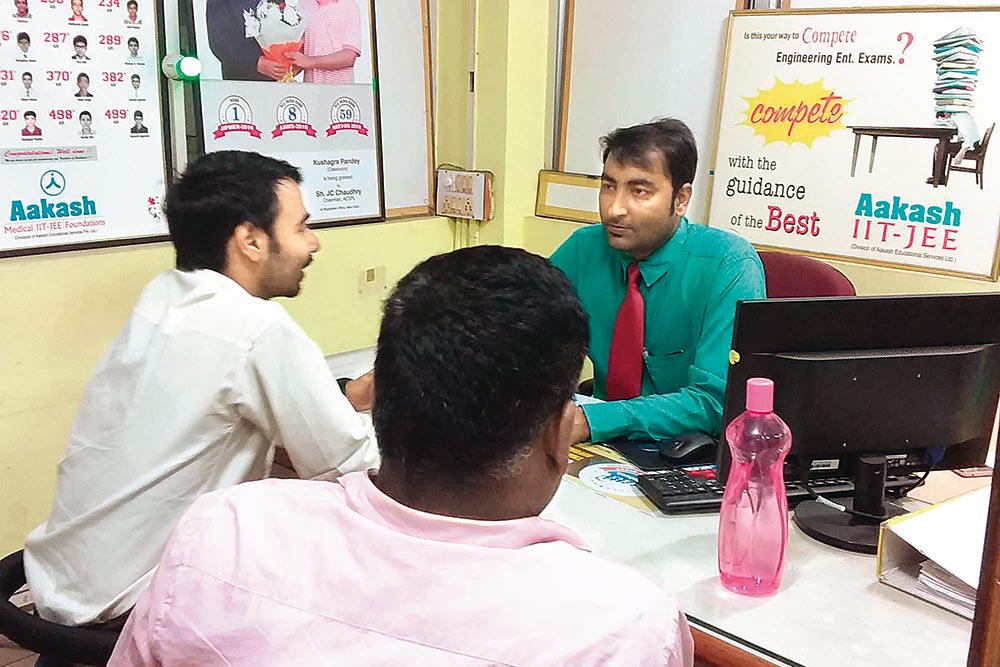 Dhruv Nath, professor at Management Development Institute in Gurgaon, says the government’s plans to revamp the system in the countryside will need a reboot. “Many government schools in rural areas have received computers but they are never used. The CSR programme of the government means people are willing to donate computers. But nobody will maintain them. These won’t be used. In some cases, they are used as students want to learn programming languages,” he says.

According to the academic, computers should be used to learn mathematics, science and the languages, and not just to produce programmers. “I don’t think the government should get into this. Rather, it should provide an environment to teach the arts and sciences through computers. But then, when it can’t provide teachers to primary schools, how can it hire computer teachers in rural areas?” Nath asks.

From Nath’s perspective, it will be a tough task to right the wrong. But the government has given hope to many parents and students who can’t afford the expensive private coaching centres. Doubts remain though about how the government will handle the project. “The state had lovely ideas before, but execution is pathetic,” says Nalin Pant, chemistry professor at IIT-Delhi. He agrees that rural kids are at a serious disadvantage and a level-playing field is non-existent. “The government should be doing this (closing the urban-rural education divide). But execution has been a failure across the board. We are in such a pathetic condition because we don’t have good faculty. On top of that we are suffering from a pandemic of first-generation learners across the country,” he says and calls the idea of online engineering entrance exams “very unfair to the rural kids”. According to him, the setting up of training centres is a knee-jerk reaction.

The response from private players is even more skeptical. The project is a remarkable idea, they say. And ask immediately, how will it be implemented successfully? Puneet Goyal, founder of iDream Education, a company that takes e-learning in local languages to the interiors of India, believes that it’s important to migrate to a computer-based test mode, but it’s being done at a stage when the country “is still used to pen and paper”.

“The government had lovely ideas before, but execution is always pathetic”
Nalin Pant, Professor of chemistry, IIT-Delhi

The founder of the Gurgaon-based organisation working in the sector for nearly a decade believes that the “intent of the government is absolutely right”, but issues begin to crop up when middlemen and bureaucratic red tape shroud such big ideas. “When government employees are allowed to set up centres, that’s when the system gets wrecked. Officers in junior levels will not be open to change, even if top-level administrators do,” Goyal says.

He also believes that the online test is unfair on thousands of students who have no access to computers or have rudimentary knowledge about its functions. This will be an additional burden for these students, taking the test in a completely alien, digital environment. “If a student from Darbhanga is being trained to use a computer for the first time three months before his entrance test, he won’t be able to take that exam confidently no matter how much you train him,” Goyal says.

Akshay Kumar, founder of TAO Academy in Noida, agrees. An IIT-Delhi alumnus who is now coaching IIT aspirants, Kumar believes there are only a few students outside urban centres who are tech-savvy. “Even teachers in rural and suburban centres take time to understand a computer.” He says smaller cities and towns are far from “being comfortable with computers and this move of taking the exams to an online platform by the government has really come from nowhere”.

The government seeks to venture into an unknown territory of coaching competitive young minds . And students from humbler corners of the country gear up to climb a steeper mountain, with or without the help of a government, which has yet to pass the test it has taken. The test of revamping the education system.