The teething period of the new tax regime begins on a chaotic note, cornering several traders 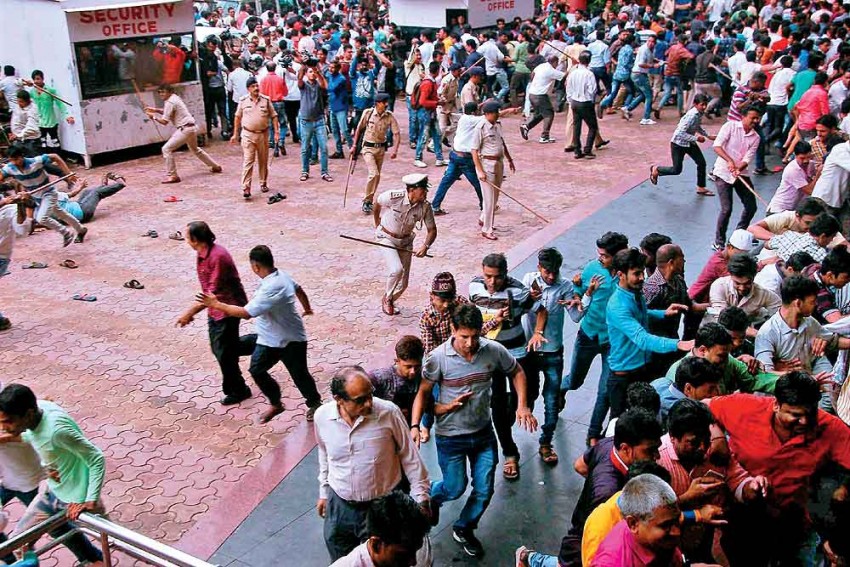 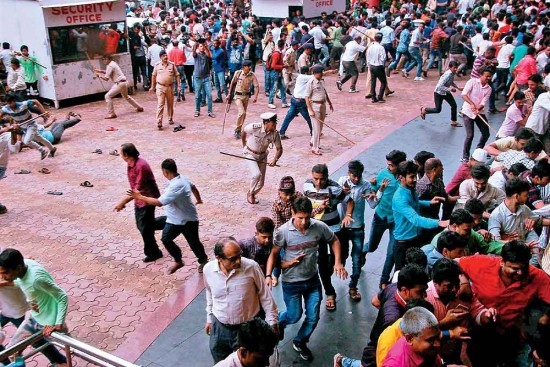 With the rollout of the long awaited Goods and Services Tax (GST) having become a reality, teething pains have begun for businesses, both big and small. Those having a computerised system for maintaining records are facing less hassle in transitioning to the new system, about which the awareness is still lacking. For the average consumer, the change is pleasing, with lower prices for some products, even though there are complaints of consumers having to pay more for services they don’t recall paying earlier for. For instance, some small restaurants that earlier did not mention any tax in their bill, are charging more with the implementation of GST.

For traders, a large number of whom were earlier maintaining ad hoc records and getting away without paying any or only part of the taxes, the new system seems too intrusive as it requires rec­ords of each and every movement of goods.  Last few days have seen protests in an increasing number of cities, starting from Surat, Varanasi, Bhopal and Coimbatore, among others, mostly by textile traders. These are traders who work with very little capital, take goods on credit and take credit risks. Tax has hit them for the first time. Most of them did not maintain books, so there was no transparent reporting. Only once a year would they sit with their chartered accountants and sort out their finances and file returns, if at all.

The GST necessitates transaction-wise record, something they have no prior experience in. “In Surat, most weavers buy yarn and sell fabric. They will no longer be competitive due to the differential tax on man-made yarn (18 per cent) and finished fabric (5 per cent). This will only affect small power loom units, not the big integrated ones,” states Mayank Jain, an IITian and textile trader who has served on the central executive committee of the Federation of Indian Micro and Small & Medium Enterprises (FISME).

Jain feels the government has failed to recognise the ground reality of how unorganised the textile trade is and hence the re-organisation cost has not been calculated properly. He points to the fact that there are thousands of agents in Surat alone. “A typical small agent relies on suppliers even for sales data, while the GST law mandates registration for agents of all kinds with zero thresholds. How absurd is that—and impossible for small agents to comply with,” states Jain. For the textile sector, it is indeed a tricky situation as, typically, a trader sends the material to multiple jobbers—from dyeing, embellishment and packing—before the final sale. Everything is subcontracted. Now under the new rules, every stage which was earlier taken in routine has to be reported.

“The many anomalies in the tax slabs will ­impact the growth and even survival of several industries.”

Senthil Kumar, Chairman of the Southern India Mills Association (SIMA), emphasises that while the trade is not against GST implementation, there are reservations about the five per cent tax on the woven fabrics. Similarly, while the tax on natural yarn was only five per cent, the 18 per cent tax on synthetic yarn put them at a disadvantage. Urging a low tax slab of 12 per cent for manmade yarn, Kumar states, “The high taxes on synthetic yarn and woven fabrics will render the industry non competitive or even lead to a wipeout due to cheaper imports.”

K.E. Raghunathan of the All India Manufacturers’ Organisation (AIMO) points out that besides the textile sector, the new tax regime poses threat to other sectors such as fire cracker units, the match industry and the entertainment industry. “There are two major issues with GST. One is the lack of clarity and proper execution. Secondly, there are too many anomalies in the tax slabs which will impact the industrial growth and even survival of several industrial sectors,” says Raghunathan, alle­ging that the reason for so many anomalies is that there “have been no consultative meetings with respective industries.” Not ruling out more protests from textile traders, Raghunathan states that due to confusion over the tax slabs, around 70 per cent of the companies registered under GST are yet to commence sales.

The inability of softw­are providers like Tally—used by MSMEs for day-to-day accounting—to update their system to GST has further compounded the pains of tax compliance. “We have asked Tally to update the software, but they don’t have sufficient man­po­wer,” says Raghunathan, who also owns ­Solkar Solar Industry Ltd.

Alleging that the government had ­given inadequate time to the industry to adapt to the change, many traders and manufacturers expressed confusion about how to account for inputs or outputs. This being the beginning of the second quarter, companies, particularly MSMEs, are reporting financial squeeze due to pressure to meet financial commitments of the first quarter, which in turn has led to delays in salary payments.

Anil Bhardwaj, secretary general of FISME, says the knowledge gap in implementation of GST and the accumulation of taxes on raw materials, which is more than in the case of finished goods, is worrying many. What is however going to help the sector is the tax-harmonised system of nomenclature and the single tax across the country, such that a simple product like a pencil, for instance, will not be taxed differently across states. “Everyone’s learning on the job. Many companies have hired experts for help,” says Bhardwaj. FISME has launched a helpline and is also providing online support to members.

Bhardwaj stresses the need for more dialogue between the government and the MSME sector, which he feels needs to be unbundled to help small and medium companies become more competitive.

A major benefit expected from GST—promoted as ‘One Country, One Tax, One Market ‘—is the faster movement of goods across state borders, sans long waits at the check posts. Samir J. Shah, Chairman, FFFAI (Federation of Freight Forwarders’ Association of India)  points out that the cost of logistics in India is approximat­ely 14 per cent of India’s GDP­­­—more than double the world’s average logistics cost. A World Bank study has estimated that Indian businesses can save up to 30-40 per cent of logistic costs due to stoppages at various tolls. So far, 22 states have removed border posts to facilitate the GST promise of creating one mega market. “Seamless cargo movement by doing away with check-posts for tax collection would definitely reduce logistics/distribution costs. And, the same benefits would be passed on to Ind­ian manufacturers, exporters and ­domestic end users,” states Shah.

Even as FFFAI awaits introduction of the e-way bill across the country for fas­ter, hassle-free movement of goods, there remains the fear that flying squads may replace the naakas. As an official remarked, around six departments have the power to stop trucks for inspection.

The learning curve remains full of uncertainty. It may take at least another three months for GST to take firm strides. In the interim, market leaders assure that many FMCG (Fast-moving consumer goods) companies are ensuring price stability by re-pricing products to include GST without any hike.