“Clean Diesel Tech Is Not A Myth, It Is In Use”

An interview with the scientist whose findings exposed the biggest-ever scam in the automobile industry. 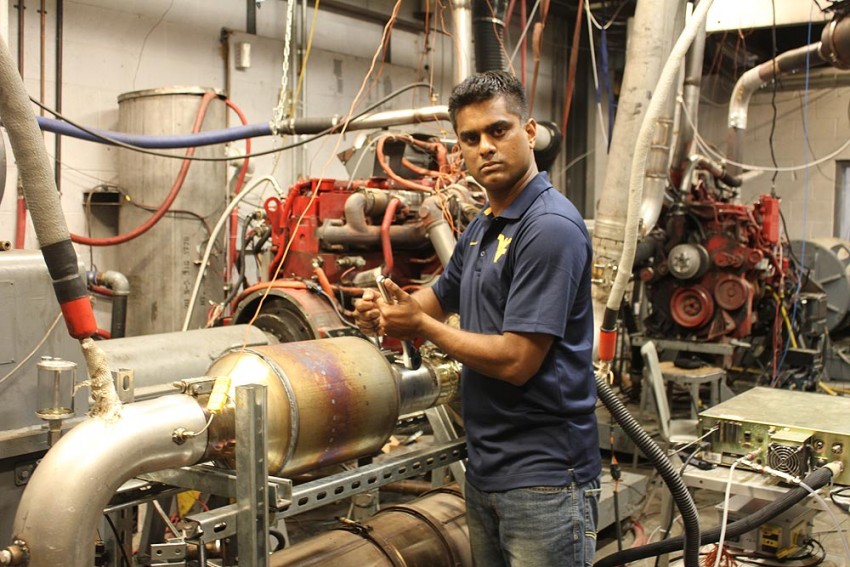 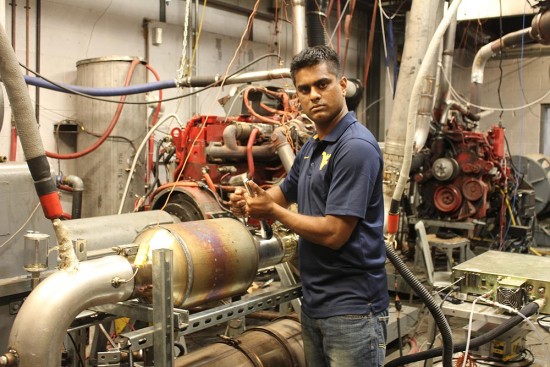 The Chennai-born-and-educated scientist Arvind Thiruvengadam’s findings exposed the biggest-ever scam in the automobile industry. It led Volkswagen to admit it had manipulated emissions during tests. Thiruvengadam was part of the scientific team at the West Virginia Center for Alternative Fuels, Engines and Emissions (CAFEE) in the US that had  found that Volkswagen’s cars were falling way behind claimed emission standards. Now, the scandal has reached Indian shores and Volkswagen has agreed to a recall of 3.23 lakh vehicles in India. Arindam Mukherjee interviews him on the implications. Excerpts:

Some Volkswagen cars failed tests conducted by the Auto­motive Research Associ­a­tion of India as well.

“Diesel car technologies sold in India are significantly old and only regulations can drive the inception of advanced technology in Indian cars.”

I was surprised to find that the cars sold in India were also affected. This should serve as a wake-up call for Indian regulators to develop regulations that are foolproof and aimed at achieving a low emissions target and contribute to a cleaner environment and to readdress emission testing procedures and standards. The regulation should set high standards that create an influx of the same technology that is used in countries such as the US. Clean diesel technology is not a myth, it is proven and currently used. Only tighter standards and periodic enforcements can improve air quality and lower health risk in India.

Since Indian regulations lagged behind the current European standard, it was exp­ected that the VW cars in India would be with an older model engine, possibly not affected by the defeat device. However, I believe there is a small population of the next generation VW engines entering the Indian market. I was pleased to know that ARAI proactively conducted this testing to find the same issue with engines sold in India. It is quite surprising, the extent of the issues associated with VW engines. Earlier it was thought it would be a problem only on vehicles made for the US and European markets.

There is a sizeable population of diesel cars in India. Is it possible that other car makers might be indulging in such under-declarations as well?

Regulators in India need to address their vehicular pollution with aggressive stan­dards and robust testing methods. Diesel car technologies sold in India are significantly old and only regulations can drive the inception of advanced technology in Indian cars. The cost of vehicles will surely increase with this change—but that is the cost a car owner has to pay to contribute to cleaner air.

In general, how will this episode affect the future of diesel cars?

I do not think the VW episode will spell danger to the diesel car segment. Diesel cars do provide certain advantages over gasoline cars, such as higher fuel mileage and engine durability. How­ever, a clean diesel car will be more expensive than a gasoline vehicle due to expensive exhaust clean-up technology. So the interesting challenge for engineers is to solve the trade-off for developing cost-effective, efficient, clean diesel engines. As I said earlier, clean diesel technology is not a myth—it is currently employed in all heavy-duty diesel trucks in the US. Diesel-friendly markets such as Europe, India and China will continue to favour diesel.

Will it change the way emission is monitored and tested?

“Clean diesel cars will be expensive. The challenge for engineers is to solve the trade-off for developing cost-effective, efficient and clean diesel engines.”

The recent events will definitely bring a change in the way vehicle emissions will be monitored. Real-world emissions testing will gain importance. The European Com­mission has already formulated the RDE (real driving emissions), scheduled to take effect in 2017. This will require rigorous testing of vehicles during real world operation to assess emissions compliance. In the US, the heavy-duty industry is already regulated by an in-use protocol. We could expect a similar path­way in passenger cars also. Also, there will be advancement in emissions mea­surement technology to quickly screen vehicles for any deviance.

Will all this help electric cars?

This could create opportunities for electric vehicles, but electric vehicles may not be an easy solution to adopt. Any alt­ernative technology will require a significant push in change of infrastructure to save the operation of the vehicles. In the case of alternative fuels such as natural gas, it will mean bringing up natural gas fuelling infrastructure. In the case of electric vehicles, it would mean the dev­elopment of vehicle charging stations. Furthermore, the nation as a whole must be prepared to bear the additional burden on electric grids. A blind introduction of alternative technologies without considering several other factors will not contribute to the overall goals of clean air.

How do you feel about having personally played a role in unveiling this global scandal?

Personally I am happy about the contribution of academia in bringing to light this issue. There is great sense of pride in the way a small research project was executed. However, there is a sense of disappointment with the manufacturer such as VW, who have been known for their sound engineering history.

What tests did you conduct on the Volkswagen cars?

The three vehicles tested in the study were VW Jetta, VW Passat and BMW X5, and the study was aimed at evaluating a lean NOx trap and a selective catalytic reduction (SCR). The vehicles were instrumented with a portable emissions measurement system (PEMS). This is a shoe box size emissions analyzer that can accurately measure CO, CO2, NOx and hydrocarbons at real-time from the tailpipe during real-world operation. We collected the most comprehensive set of data on the Passat over a 2500 mile journey between Los Angeles and Seattle covering every possible driving condition.

And what did you find in the tests?

Has your team done tests on other companies' cars as well?

Not yet. We just began testing on other VW models, Mercedes and some American car models. We are conducting this new study from our own interest without funding from any agency.

Is it normal for cars to fail such tests by a certain degree or do cars generally comply by the norms?

It is impossible for a car to perform the same on the road just as it performed during a certification roller dyno tests. Certification tests are highly controlled tests while on-road conditions present a variety of challenges for engine performance. So there is always a degree of acceptable difference between certification procedure and real-world operation. However, the magnitude of 30-40 times was alarming and certain operation where we expected good performance resulted in poor emissions.

What would you say are the key takeaways for automotive companies following this revelation?

The key takeaway in my opinion is that, although regulations might not be in place to monitor every aspect of vehicle emissions certification, as automotive manufacturers they should exercise some good faith effort in vehicle production. Although there is a trade-off between meeting emissions and meeting consumer requirements, the solution should always be sound engineering rather than beating the system.

“Would The NDA Have Us Believe No Welfare Is Needed?”