A trace-sheet of people and institutions that gave India a 3,000-year-older history 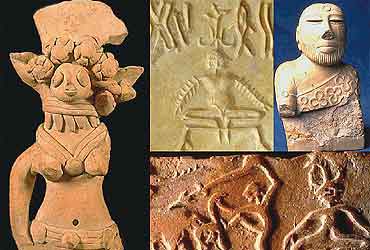 Finding Forgotten Cities: How The Indus Civilisation Was Discovered
By Nayanjot Lahiri
Permanent Black Pages: 354; Rs 750
In 1826, an adventurer named Charles Masson visited Harappa, a small village in the Punjab, and felt there was something significant about it. Over the next 100 years or so, Harappa and Mohenjo Daro (in Sind) were explored and excavated by archaeologists. There were many tantalising clues—seals inscribed with mysterious writing, unusual pottery, stone blades, bricks and structures. Yet it took almost a century after Masson’s visit for archaeologists to realise that these two sites represented a civilisation almost 5,000 years old. Nayanjot Lahiri tells the fascinating, unknown story of the long, winding road that led to this discovery.

The compelling flow of this book’s effortless narrative conceals the meticulous archival research it’s based on, making it accessible to academics and general readers alike. The book is, among other things, about people. There is Curzon, for instance, the viceroy with an imperial vision and a passion for conserving monuments. Rescuing the Archaeological Survey of India from a deep institutional crisis, he brought in John Marshall, a man with the youth, knowledge, and above all, the energy necessary to head it.

The new ASI director-general arrived in India in 1902, a mere 25-year-old, fresh from the study of classics at Cambridge and some archaeological training in Greece. Initially Curzon’s right-hand man, Marshall soon strode his own independent path, placing archaeological excavations in India on a more systematic, scientific base and giving ASI strong, committed leadership for 25 years. It was Marshall who was to announce to the world the discovery of the Indus civilisation in The Illustrated London News. Lahiri imaginatively reconstructs the likely trajectory of Marshall’s thought between the time he first held Harappan seals in the British Museum in 1901 till he finally unravelled their riddle in 1924.

These were the decades when Indians started playing an important role in the ASI. Daya Ram Sahni began excavating Harappa in ’21. Like others before him, he was not enthusiastic about the results at first. The brilliant and impetuous Rakhaldas Banerji excavated Mohenjo Daro in ’22. He was more excited about the Buddhist stupa on the mound than what lay underneath. Madho Sarup Vats was the first to recognise the many parallels between the finds at Mohenjo Daro and Harappa.

Lahiri also introduces us to lesser-known men. Among these was the Italian Luigi Pio Tessitori, bitten by the India bug from childhood. Circumstances turned his survey of Rajasthan’s bardic lore into an archaeological survey of Bikaner, in the course of which he stumbled on the important Indus site of Kalibangan. But Tessitori never told anybody about what he had found and the knowledge of this important discovery was buried with him.

This book is also about institutions, most importantly the ASI. It is a very real, human story of how the Survey actually functioned, replete with the problems posed by the resource crunch, transfers, jobs in jeopardy, personal ambitions, professional jealousies and financial indiscretions. It also tells us about pioneering research societies like the Varendra Research Society in Bengal and about the philanthropist Ratan Tata, whose financing of the Pataliputra excavations led to the discovery of a grand Mauryan pillared hall.

There are many heroes in this story, but Marshall stands the tallest. Lahiri presents him as a sort of mastermind, slowly but surely keeping the investigations at Harappa and Mohenjo Daro going, keenly aware of their importance throughout. Perhaps she is too generous. With all his experience and "uncommon intuition", Marshall missed many clues. And he never even visited either Harappa or Mohenjo Daro till ’25. Lahiri explains this away by citing the pressure of office files and telling us he wasn’t the sort of archaeologist who thought it necessary to go rushing about to see things for himself.

There is another possible explanation. Marshall seems to have inherited the hangover of 19th century archaeologists—their text-based moorings, their interest in historical cities, their fascination for things Buddhist and Greek. He had been plucked out of Greece as a young man and planted in India. Taxila, with its Greek connections, was for him a slice of Greece in the Punjab. From 1913 onwards, for 22 years, Marshall went back there almost every spring and autumn. Taxila was his obsession, one from which he couldn’t tear himself away, not even for Harappa or Mohenjo Daro. Also, till the moment he finally pieced together the Indus puzzle, like others of his time, he couldn’t visualise Indian civilisation going so far back. But the fact remains that Marshall left India 3,000 years older than he had found her.

(Upinder Singh is a Reader in History at the Delhi University.)