Circle The Wagons Around Drag On Hole

An Australian perspective on strategic developments in the Indo-Pacific 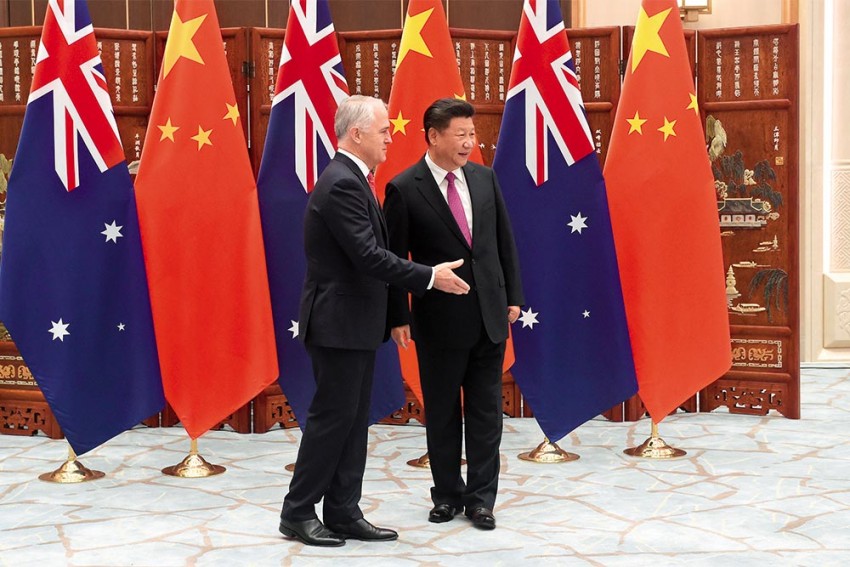 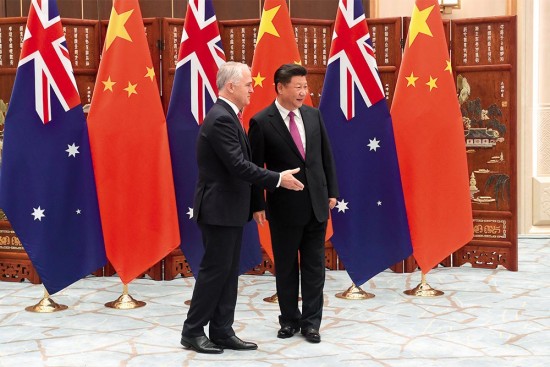 The curse that ‘may you live in interesting times’ hit with a vengeance in 2016. From the unexpected result of the Brexit referendum to different manifestations of a global rise of populism as reflected in the elections in the Philippines and the US and the continuing turmoil over free trade agreements, managing the geostrat­egic environment is becoming increasingly challenging for a medium power like Australia. The future of China and its coercive behaviour in the South China Sea provide more uncertainty as Austr­alia seeks to balance close economic relations with the Middle Kingdom and its alliance with the US.

Perhaps the greatest immediate concern for Austr­alia will be the Trump administration’s unpredictability, given the President-elect’s predilection for ‘one-liners’, whether in interviews, speeches, or tweets. As has already been demonstrated in the phone call between the President of Taiwan and Mr Trump, it will not always be easy to distinguish between naivety, opportunism and well-considered policy.

However good its intent, much of what Australia can achieve will be constrained by the financial situation, both global and local. The country itself is faced with the need to reshape the national economy after the end of the boom in the market for natural resources that had been driven greatly by China’s rapid growth. Whether that reshaping will work depends as much on external developments as internal effort and Australia will have to work hard to ensure that the benefits of international free trade are not eroded in the interest of protectionism. This is not something wholly new in Australia’s relationship with the United States. Although such voices will be loud in the new administration, the US has always had a strong protectionist element, most notably in agriculture.

Successive Australian governments have had a much more robust and free-speaking relationship with their United States counterparts in private than has sometimes been apparent to the public—or to other nations. This has been particularly so since 9/11, with constant and increasingly close exchanges allowing a common policy to be worked through behind the scenes on many questions—and the limits of Australian support made very clear. If the Trump administration pursues a less consultative approach, Australia may need to become more public in expressing its opinion on American initiatives that it does not wholly support. Given that this is a problem faced by all of America’s allies and long-term partners, however, its management is unlikely to be the subject of particular tension between Australia and the United States. A ‘conspiracy of selective moderation’ may well develop between the governments of America’s partners and elements of the Trump administration. That moderation will, however, necessarily be selective because Mr Trump’s domestic credibility is largely based upon his not accepting the status quo in any situation. This has relevance for the western Pacific, since there is an emerging view that the Obama administration may have been too predictable and too cautious in its treatment of China. As demonstrated by the Taiwanese phone call, taking the initiative away from China may not be a bad thing and this applies just as much to Russia and to the protagonists in the Middle East.

The trick will be to manage the second and third order consequences. Personal relationships will obviously matter a great deal in the years ahead. Here Australia has one small advantage in that its current prime minister is a successful businessman in his own right and someone not out of the political mould which Trump professes to despise. Reassuringly, and the nomination of retired General James Mattis as Secretary of Defense is an excellent example, there are people being brought into the cabinet and the upper levels of the administration who have a great deal of substance within their public form. Many are known to Australia and well respected in Australian government circles. 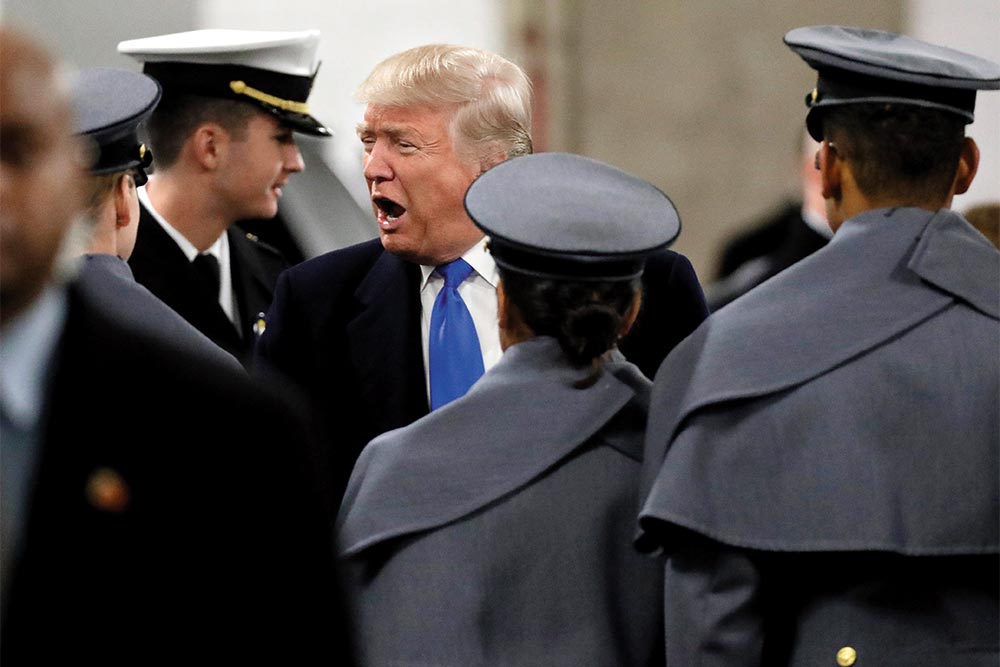 Nevertheless, there will need to be much more to Australia’s management of the strategic environment than just the relationship with the United States. Our uncertain future calls for a much more active and forward-leaning approach to the region. While India speaks of its ‘look east’ policy evolving to one of ‘act east’, Australia needs to ‘act outwards’ and encourage a collective approach to regional problem-solving.

In the maritime domain in particular, Australia should play an even greater part in fostering cooperation in Southeast Asia than it has in recent years. There is no simple way ahead for this, given the complex relationships with and between our most important potential partners, Indonesia, Malaysia and Singapore. Nevertheless, Indonesia has already made overtures to Australia about potential joint exercises in the South China Sea, while the Five Power Defence Arrangements (FPDA) have long provided a framework for increasingly complex and sophisticated Bersatu exercises involving large numbers of ships and aircraft from Australia, Malaysia, New Zealand, Singapore and (although to a lesser extent in recent years) the United Kingdom. 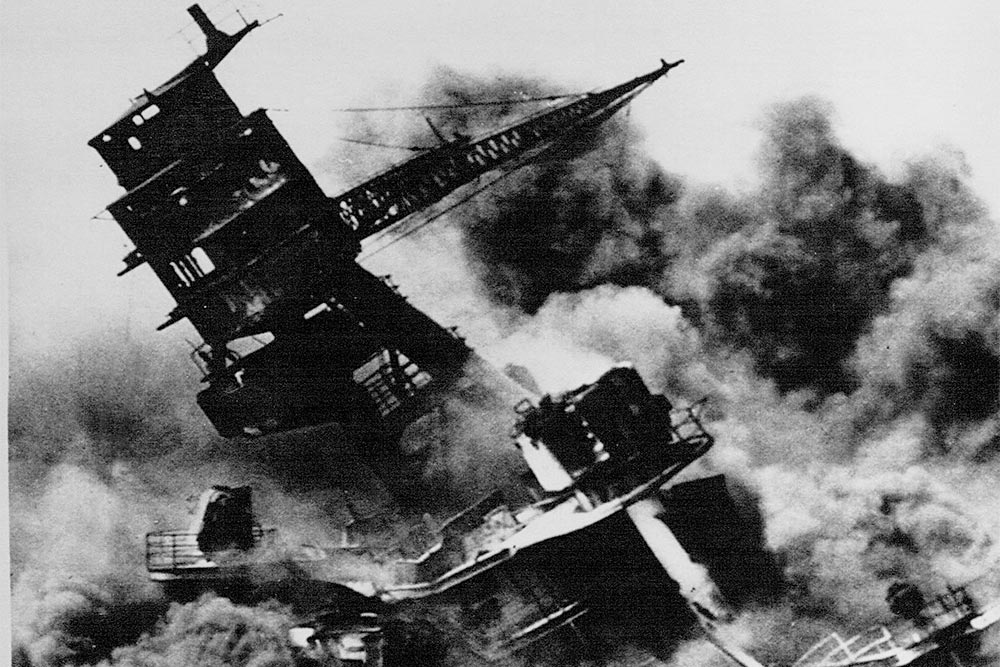 The ephemeral tactical victory proved to be strategic catastrophe for Japan after it struck at the US Pacific Fleet. The set of events in its wake brought into motion an expansion of the US naval fleet under its 1940 ‘Two Ocean Navy Act’ establishing its nautical primacy for the next seven decades and beyond.

Both the Indonesian proposal and the FPDA activities are particularly significant in that they relate directly to the real issue in the South China Sea. This is not the possession of individual rocks or reefs, but whether it becomes a sea closed to all but the Chinese and those who accept whatever rules China might set. The ambiguous ‘nine dashed line’ contains at least the implication that this is China’s long-term intent. For this reason, the key response should be not so much the simple assertion of the rights of passage within territorial waters, which has been the pretext of the United States Navy’s ‘freedom of navigation’ operations to date, but repeated and substantial naval deployments and joint exercises involving the other littoral states and their extra-regional partners. The FPDA has been in existence since 1971 and the first Bersatu exercise was conducted in the southern areas of the South China Sea the year before that. Regular FPDA air exercises began in 1973 and maritime exercises in 1981. These activities have contr­ibuted to regional stability for practically the entire post-colonial period and should continue to do so, a point that has already been well made by New Zealand in response to complaints in the Chinese media about its involvement in an FPDA activity.

There is another aspect to the South China Sea question. The Philippines have always presented unique challenges for would-be partners and the latest developments continue that tradition. For Australia and its allies, as for ASEAN as a group, much depends upon whether President Duterte will succeed in making a grand bargain with China, but any deal will be acceptable to his electorate only if it includes sufficient recognition of the Philippines’ rights at sea. Whether China has the sense to accept that its military goals of creating a network for the surveillance and potential dominance of the South China Sea in conflict have been largely achieved remains to be seen. Certainly, Chinese compromise over the Scarborough Shoal and fisheries would send a new signal to the region and significantly reduce the current tensions.

Australia also needs to develop closer relationships with India and Japan, since the potential problems which the actions of a Trump administration may create are likely to be shared. India and Australia have started to work more closely together in the maritime domain, with the creation of a bilateral naval exercise and a memorandum of understanding on the exchange of information on ‘white’ (civilian) shipping. Both have many other calls on their resources, but both could still do much more together in the Indian Ocean and both should be looking to involve Indonesia. The development of a shared maritime surveillance and response system in the north-west Indian Ocean would be well within the capacity of all three nations, as should more systematic cooperative programmes to support the maritime security efforts of the smaller coastal and island nations. 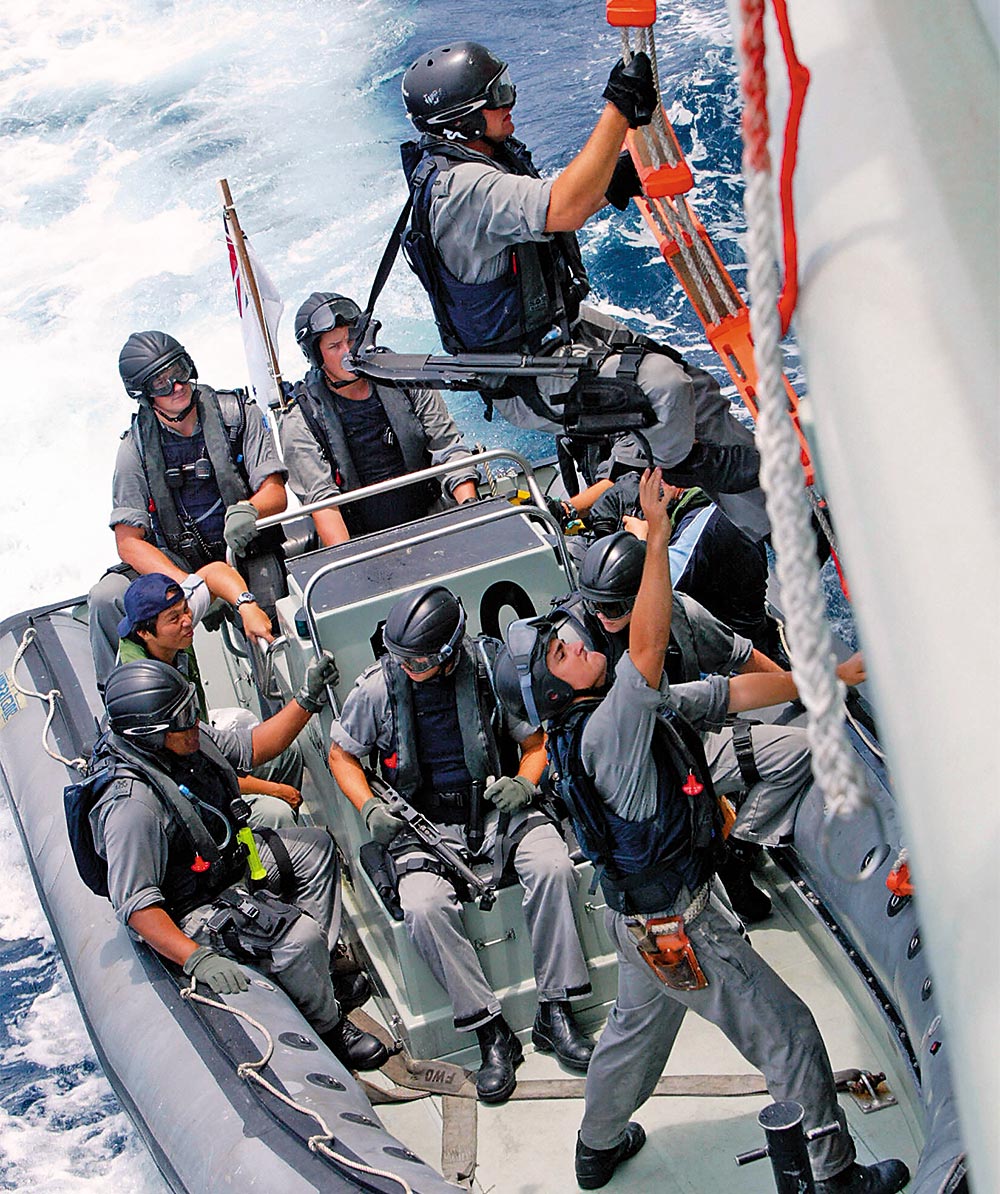 As for Japan, although the Australian submarine decision in April 2016 was a setback to the relationship, there is potential for much deeper cooperation in maritime operations, notably in the context of the alliance with the United States. Australia’s planned naval and air acquisitions will give it increasing strategic weight relative to the American commitment to the Western Pacific, while Japan already fields significant capability. Cooperation of this nature would add substance to arguments that America’s allies pay their own way, a demand that is likely to remain a theme of any emerging ‘Trump Doctrine’. Anti-submarine warfare is an obvious area for focus, since both Australia and Japan bring a great deal to the table and the proliferation of submarines in the region must be the cause for increasing concern for the United States.

The South Pacific and Micronesia call for continuing Australian attention, given the problems faced by Papua New Guinea and by the small Pacific Island states. All face challenges of governance and economic development, while they are particularly vulnerable to natural disasters and the effects of climate change. Australia’s Pacific Maritime Security Program should be just one element of a comprehensive effort to support PNG and the islands, which must also involve continuing cooperation with New Zealand and with the other members of the Quadrilateral Group, France and the United States—and with external donors such as Japan and China. The latter’s behaviour in the South Pacific will be a key indicator as to whether China seriously intends to play a constructive role in the region.

Complexity and uncertainty mark the str­ategic environment at the end of 2016. They call for a combination of caution and act­ivism and for a new effort by Australia to cooperate with other middle powers and do even more to support small and developing states within the region. There will inev­i­tably be surprises, some unpleasant, in the year ahead, but there can be no room for ‘masterly inactivity’ on the part of a nation so dependent on the continuation of a stable global system.

The Sea Where The Sun Rises