What one saw in Bisara was a false flag operation 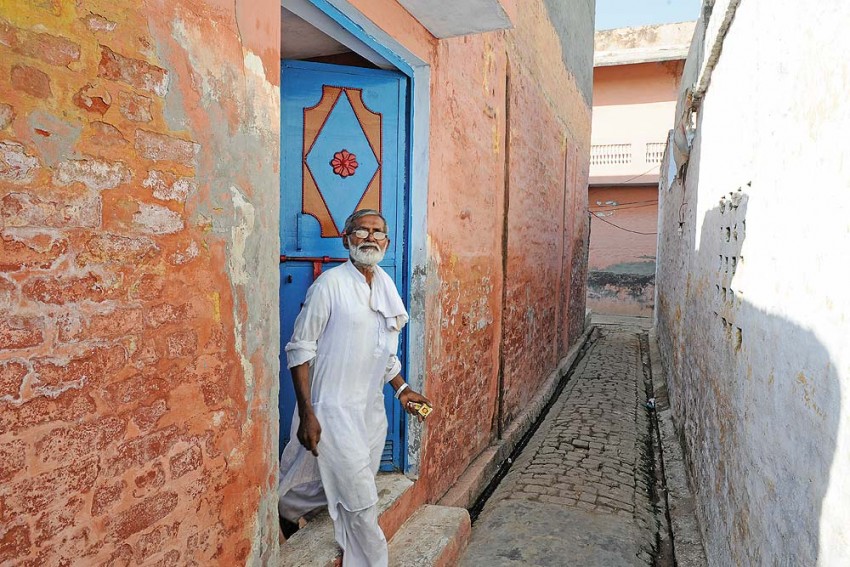 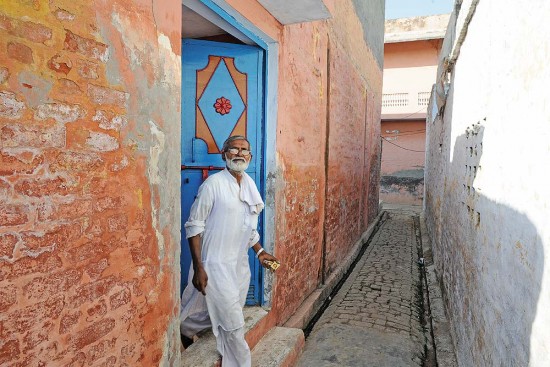 Two narratives have emerged to explain the brutal killing of Mohammed Akhlaq Saifi, and near-death of his son Danish, in Bisara village on the night of September 28, just after the “blood moon” of Sunday. The first is the expiatory narrative of the BJP: it was a tragedy and the law will take its course, but the family brought it upon itself by slaughtering a cow and eating beef at Bakrid.

The second is the condemnatory narrative: that the killing occurred because the BJP, and particularly the RSS, is bent upon destroying the religious and ethnic pluralism of India to create a synthetic, monolithic Hindu ideology. Akhlaq and his family were attacked for not agreeing with this ideology.

But a visit to Bisara last Saturday showed me that there is a third, uglier, explanation: that no cow was killed: that Bisara was an RSS false flag operation intended to  outrage Hindus, instil fear into Muslims, and destroy Hindu pluralism, that went wrong when Akhlaq had the temerity to die and bring the entire national media into Bisara.

The BJP did its best to limit the damage. Till October 2, when Delhi chief minister Arvind Kejriwal decided to visit the Saifi family, the village had been calm.  But when the BJP learned that both Kejriwal and Rahul Gandhi inten­ded to visit the village the next day, it sent Mahesh Sharma, the local MP and Modi’s tourism minister, to Bisara to initiate damage control. The stratagem the party adopted after two heated meetings, of using women to blockade the village, and the way the UP police brought the impasse to an end, has been depicted extensively by the media. My moment of epiphany came when I saw Akhlaq’s home.

The Akhlaqs could not have kept calf slaughter hidden from neighbours.

For it is a small pucca house, with a smaller walled courtyard, smack in the middle of the village at the right angle bend of a narrow lane less than ten feet wide, with Hindu homes and courtyards stretching away on both sides. To slaughter a calf the Saifis would have had to bring  it past at least half a dozen homes, hiding its presence, ensure that it did not bellow,  struggle, and alert the neighbours when it was being sacrificed, then wash away buckets of blood, and take not only the head and trotters but also the offal and  skeleton past the same homes again to bury them. And at the end of all of that, still have had to deal with the bloodstains.

Would any family in its right mind have acted in such a fraught manner after having lived side by side with Hindu neighbours for two hundred years? The Saifis were plumbers, who earned by working in the homes of their neighbours. Even if they did not fear being attacked, could they have faced the ostracism and loss of work that would have followed the discovery that they had killed and eaten a calf?

Once doubt flowered, other questions crowded into my mind.  Bakrid was on the evening of September 22. Why did the ‘evidence’ take six days to surface? Why were only the calf’s head and an unidentifiable leg bone found? Where precisely were these found and by whom?  The huge crowds, and high tension in the village as the police barred our way with only locked arms, stopped me from getting more answers, but by then I had seen enough.

The SP (rural) had earlier told me they had found what was almost certainly slaughterhouse waste. India exports over 4 billion dollars worth of beef from more than 30,000 slaughterhouses located far from the cowbelt of northern India. The home guard, Vinay, who had allegedly quarrelled with Danish, could not have alone made the priest announce that the family had eaten beef. But the priest would have agreed if Vinay had come with a crowd that included the two now arrested sons of the local BJP leader Sanjay Rana, who is Mahesh Sharma’s principal agent in Bisara.

Vinay’s allegation fits a diabolical pattern: it gave the self-styled champions of Hindutva a pretext to do what Sangh parivar extremists have been doing all over north India. The number of communal incidents in Bihar and Uttar Pradesh has tripled in the past 18 months. Meat of the wrong kind was thrown into four places of worship in Ranchi only ten days ago.  And,  at  a small town in Uttar Pradesh last week, a burqa-clad woman who threw meat at a temple, when apprehended, turned out to be a bespectacled, male RSS activist.

India is in great danger, and the danger is being incubated by our ‘see nothing, hear nothing, speak nothing’ government.  Speaking to Kejriwal, Akhlaq’s weeping younger son lamented, our father is gone, but we grieve more for  the do sau saal ka bharosa—200 years of trust that has gone with him. We know all our neighbours, and have worked in all their houses. That night not one came to our rescue.

Dusk Of The Hooves