The RSS begins to regain iron control over the BJP 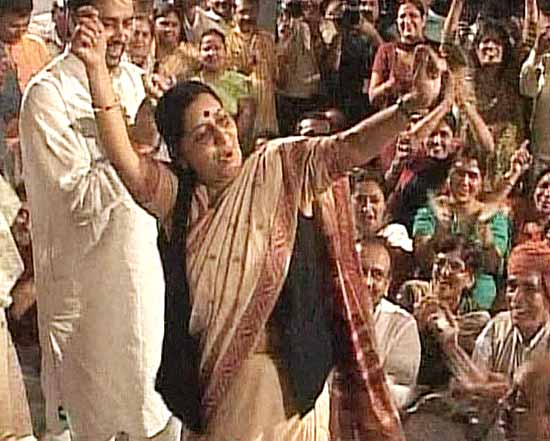 It wasn’t without reason that Sushma Swaraj, Leader of the Opposition in the Lok Sabha, on a visit to Haridwar, told the waiting media contingent, “I am here to see Baba Ramdev only in the capacity of a Leader of the Opposition. Where the government fails, I must step in.” Now, party sources confirm that her visit to the baba’s ashram “must not be seen as BJP’s endorsement of him, but instead as course correction for her own actions at the Rajghat last week”. Sushma had come under fire from the RSS for her impromptu dance at a one-day token satyagraha at Rajghat the party had held on June 5, protesting police atrocities on people at the baba’s satyagraha at the Ramlila grounds in Delhi a day before.

Party watchers confirm that the worst blow for the BJP comes in the form of the tightening of the RSS’s grip on the BJP. Says a party leader, “It’s the return of the RSS stranglehold. So far, the BJP seemed to be determining its own politics and course. With the RSS throwing its weight behind Ramdev, forcing the BJP to toe its line on the issue, the independence that the BJP enjoyed in political decisions has ended.”