Childcare In Jammu And Kashmir: Small Mercies In A Blighted Land

The infant mortality rate in Jammu and Kashmir went down by eight points in 2016-17, the highest fall among states in a single year. 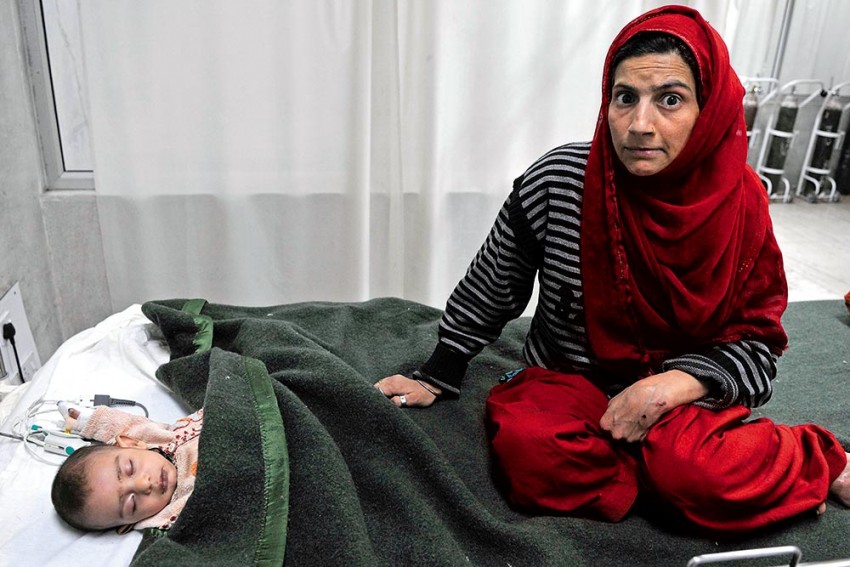 Upward Curve
J&K’s IMR went down by eight points in 2016-17, the highest fall among states in a single year
Photograph by Getty Images
Naseer Ganai June 21, 2018 00:00 IST Childcare In Jammu And Kashmir: Small Mercies In A Blighted Land 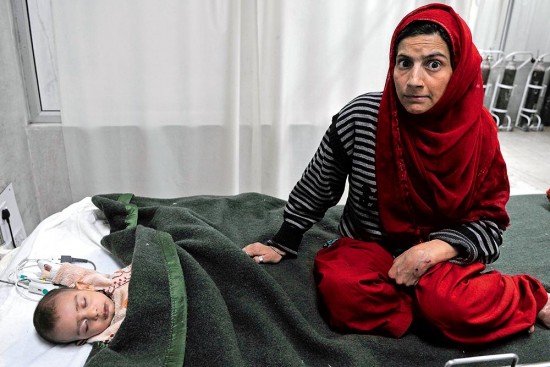 The lone children’s hospital in Srinagar “has improved”, but flies buzz close to its gates. Indoors, distraught parents operate nebulisers strapped to breathless little ones. They say the devices are “not difficult to use”. In Kashmir’s Govind Ballabh Pant Paediatric Hospital, the gap between despair and relief is narrow. Like in many other places, this hospital sets the bar so low and has been trying to overcome neglect so pervasive that almost any improvement is betterment.

Just outside the hospital, a beggar woman leans on a few attendants’ personal belongings, while the attendants narrate their stories to her. There is a water outlet nearby, which attracts the flies. Upstairs, in the much-cleaner Ward No. 2, children who are yet to be admitted can be found resting. Their attendants also relax, unmindful of the nurses. The Neonatal Intensive Care Unit ward is off-limits, especially for the press. One neonatal (baby less than 28 days old) is in the incubator.

In 2012, the year there was an uproar after 787 babies died here in nine months, at least two babies used to share an incubator and there was one bed for every three or four children. Though things were worse in the previous years—882 babies had died in 2009 and 883 in 2010—it was in 2012 that the media reported extensively on the casualties. The deaths were due to lack of equipment such as ­ventilators and baby warmers, and the then Omar Abdullah-led government fired many in the administration for staff absences and general negligence. An inquiry by the then director of the Sher-i-Kashmir Institute of Medical Sciences in Soura, Srinagar, Dr Showkat Zargar, ­revealed constant infighting among faculty members since 2005. The faculty and head of department would not coop­erate with each other.

“Basic infection control guidelines were not followed and life-saving equipment such as incubators, ventilators and warmers were not maintained,” the inquiry found. There were only six ventilators for more than 30,000 patients admitted every year. The infant mortality rate (IMR) in the neonatal intensive care unit was above 20 per cent. The proposal for a new children’s hospital with a 200-bed maternity wing in Srinagar, to make up for the rush of patients from rural Kashmir, was shelved by the government.

“The hospital doesn’t stink the way it used to in 2012,” says medical superintendent Dr Kan­warjeet Singh. IMR is down by 50 per cent. There are 21 ­ventilators—16 more than in 2012. It also has 11 non-invasive ventilators now, while there were none six years ago. Over the same period, the number of syringe infusion pumps has gone up to173 from 40, and baby warmers, from 25 to 110.

All this happened because a group of lawyers, activists and journalists approached the high court with a public interest litigation (PIL). The high numbers of infant deaths at G.B. Pant Hospital were probed for five years, and directions issued regularly to upgrade the hospital. “In 2012, 14 babies would die every day. The number is down to three,” says Dr Singh.

The 254-bed hospital receives three lakh children annually. Many are from remote Kishtwar, Doda, Banihal and Poonch. Doctors say congenital malformations, or physical defects at birth, are the leading cause of death, besides birth asphyxia and late referrals.

But basic questions remain. Have the hospital and the government really brought down the IMR? The health and medical education departments are not revealing yearly infant death numbers, except those in the Natio­nal ­Family Health Survey (NFHS), a public document.

Dr Saleem Rehman, director general of health services, says J&K’s IMR went down by eight points in 2016-17, the highest fall anywhere in a single year. “The NFHS shows that mother and child health indicators in Kashmir have improved and are relatively better than the national average,” says Dr Rehman.

“No doubt facilities have been upgraded,” says Qadri. “The PIL had been launched to stop deaths at the hospital. That has not happened. Five hundred babies still die annually and there’s no plausible answer why.”