New Chhattisgarh CM Bhupesh Baghel is a political surgeon. He now puts his hand to the plough. 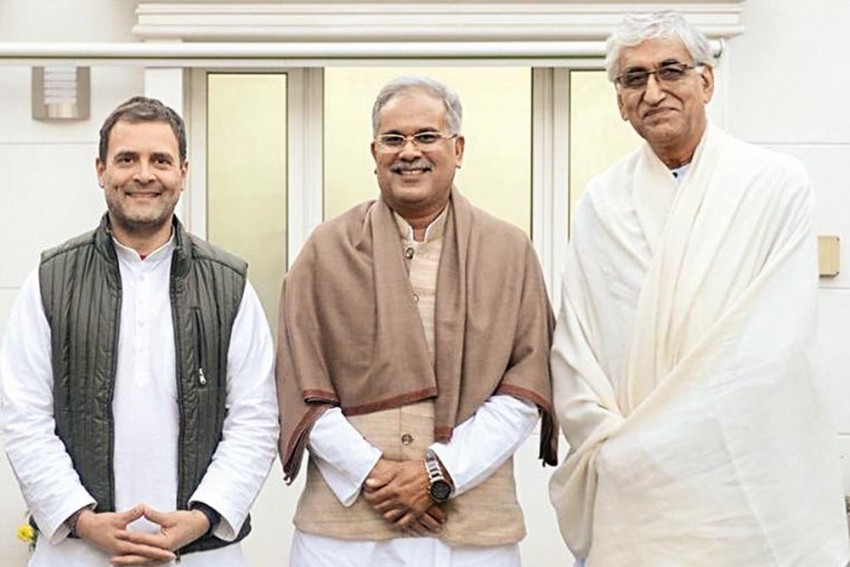 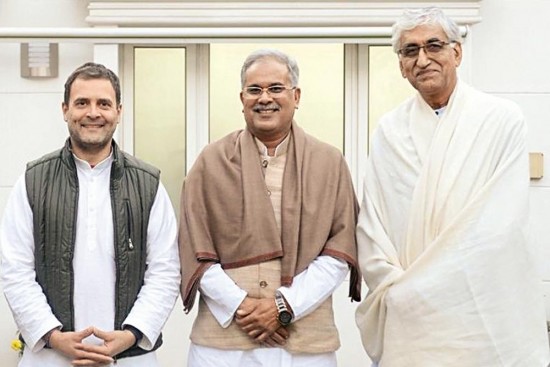 Of the records that new Chhattisgarh chief minister Bhupesh Baghel holds, there’s a couple that stands out. The rock-ribbed, nonconformist Congressman put two state strongmen in the pits when no one thought it is possible. They are former party colleague Ajit Jogi, the state’s first chief minister, and the BJP’s Raman Singh who ruled for 15 years until the Baghel-inspired Congress turnaround this assembly polls. The Congress swept to power winning 68 of the 90 assembly seats. And the five-time MLA for Patan in Durg district is credited with composing this much-awaited victory—sweetest for the party since the state was carved out of Madhya Pradesh in 2000—and efficiently segueing Chhattisgarh Congress from an internal infighting unit to a strong alternative to the BJP.

But fixing the disjointed Congress needed major and risky surgery, which 57-year-old Baghel and T.S. Singhdeo—the legislator for Ambikapur and former leader of the Opposition—perfor­med with precision. This happened after Amit Jogi, the son of former chief minister Jogi, surfaced in the Antagarh tapes controversy that purportedly talked about a horse-trading deal during an assembly bypoll in 2014. Antagarh in Bastar was catapulted to nationwide attention after Congress candidate Manturam Pawar withdrew from the contest rep­or­tedly without the party’s consent just before voting day. An audiotape apparently containing voices of the Jogi duo and then CM Raman Singh’s son-in-law Punit Gupta emerged soon after.

The audiotape triggered Amit Jogi’s expulsion from the party and resignation of his father. Expelling the Jogis was an audacious move. Baghel’s predecessors could not have dared such a thing because the perception was that Ajit Jogi had a legion of followers and any mutiny would wound the Congress. Baghel, who was a minister in the Jogi government between 2000 and 2003, dared and won. The Jogis tried to revive their political fortunes, floating the Janta Congress Chhattisgarh. But they won just seven seats this election despite an alliance with the BSP.

It wasn’t just the Jogis or the BJP’s popularity that Baghel had to deal with. He shouldered the burden of putting the Congress from the ground up after its entire state leadership was wiped out in the bloody Maoist attack at Jheeram Ghati in 2013. Leaders, including then party chief Nand Kumar Patel and former Union minister V.C. Shukla were among 30 people killed. Baghel was appointed president in 2014.

Known as a street-fighter for his tenacity, he began his political career as a Youth Congress member and won his first election in 1993 for the undivided Madhya Pradesh assembly. He won from Patan again in 1998 and 2003, but lost to the BJP in 2008. He contested the Lok Sabha seat for Raipur in 2009, but lost. The defeats, however, didn’t deter him and he bounced back in 2013, winning Patan which reelected him this time too. Baghel is an influential OBC leader, an electorate that accounts for 52 per cent of Chhattisgarh’s 25.5 million people, and is a vocal critic of Jogi as well as the BJP. He has often waded into controversies but managed to make a clear exit. He along with senior journalist Vinod Verma and a few more people were charged with doctoring a sex video purportedly featuring a prominent state cab  inet minister of the BJP. But Baghel was declared clean in the case, though he chose to stay in jail for a few days which headlined as political stunt.

Before his oath as CM on Monday, Baghel said his responsibility is to build “a new Chhattisgarh”. He reaffirmed a promise that his government will begin by writing off loans of farmers. He waived off short-term farm loans, together about Rs 6,100 crore. The decision will benefit about 1.7 million farmers. He raised the minimum support price of paddy to Rs 2,500 a quintal. Baghel—a farmer’s son—has put his hand to the plough as promised; time will show the harvest.

By Ankit Mishra in Raipur