A money-lending community, once in decline, picks itself up slowly but surely 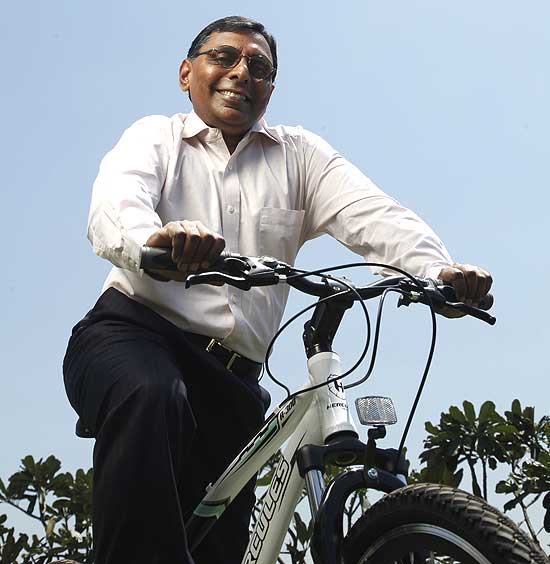 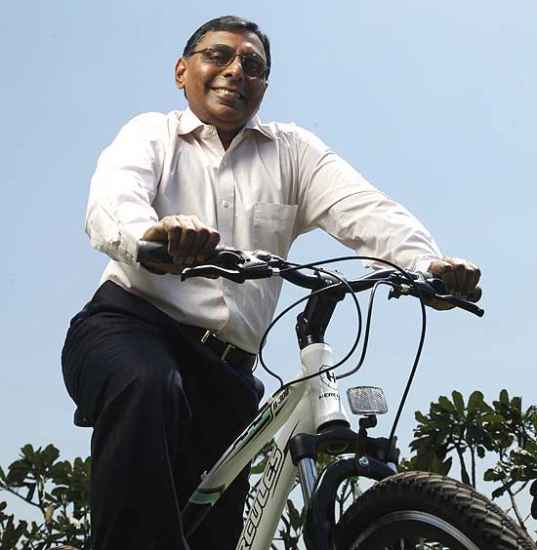 V. Nagappan, director of the Madras Stock Exchange, recounts how his father Vellaippan Chettiar, a trader, reacted when he asked him for Rs 25,000—this was in the 1980s—for enrolling in an MBA course. “A course?” his father had said, collapsing with laughter. “Why do you need to enrol in a course to learn business administration?” Nagappan, nevertheless, got himself an MBA. What his father had meant, in all seriousness, was: why a business course for you  when business courses through you?

The decades before 1950 were when the Chettiars—also known as the  Nagarathars or Nattukottai Chettiars—were at their flourishing peak. They rode risk to Burma,  Ceylon, Malaya and other South Asian and African countries to return rich from investments in plantations and estates; the ivory, teak, timber and gemstone trades; and, above all, banking and finance. “Much of their capital was parlayed outside the country. They owned vast tracts of land in Burma and other countries,” says Prof Raman Mahadevan of the Institute of Development Alternatives, Chennai, who has written a book on the Chettiars. Prosperous Chettiar families turned their 70-odd villages near Karaikudi into opulent clusters of mansions, colonnaded with pillars of teak, windowed with stained glass, ornamented with carved-wood roof trimmings. Marble from Italy and foreign objets d’art were common.

Besides Chettinadu architecture and cuisine, the community has contributed by bringing quiet elegance to doing business. Tradition holds strong. Every Chettiar wedding is held in the family house and is registered at a village temple. In many households, girls are still named after their grandmothers and boys after their grandfathers. Names and initials repeat themselves: Ashwin Chidambaram Muthiah, for instance, heads the global operations of a business founded by his grandfather, Dr M.A. Chidambaram and inherited by his father A.C. Muthiah. His daughters are called Devaki and Alagu—after his and his wife’s mothers.

The years in which the British and other Europeans left the colonies saw Chettiars returning to India from 58 countries. Many businesses collapsed or were lost to new laws. Some families returned with nothing but the clothes on their backs, some had to foot it to Bengal before getting home. “Since then, it has been a decline of sorts...except in small and medium business ventures, the community yielded space to the Gounders, Naidus, Nadars and even Brahmins, who are a force in the IT sector,” says Prof Raman.

But Chettiars are still an influential presence in business—textiles, pharmaceuticals, films, plantations. AVM Productions, one of the oldest film production houses, started by A.V. Meiyyappan, still remains a family enterprise. Many tea and coffee estates in Kerala, Ooty, Coorg and Chikmagalur are owned by Chettiars. There are Chettiar real estate businesses, and the community has a lot of holdings in the upscale Kotturpuram area of Chennai.

Young Chettiars now hone their business skills at B-schools rather than learn at their father’s work table. But Nagappan recalls how his business instinct sprang up on an opportunity when he was still a teenager without an MBA: his father offered to pay Rs 2 lakh for an MBBS seat in Manipal; Nagappan chose to do BCom but took the Rs 2 lakh to start a cement agency, his first business venture.

These days, it’s not unusual for Chettiar family businesses to be driven by theory and practices learnt at the best B-schools. A. Vellayan, chairman of the Murugappa Group and a fourth-generation Murugappa Chettiar, heads a company run by family members and professionals. It was former chairman M.V. Subbiah who first brought in professionals. Now, the group has 29 businesses—finance, abrasives, fertilisers, bicycles, engineering goods—most of them acquired rather than inherited. Families that tarried in modernising have not fared as well.

Although a political giant like Union finance minister P. Chidambaram has emerged from the community, Chettiars hardly have a high profile in politics. By and large, they have supported the Congress. Independent India’s first finance minister, R.K. Shanmukham Chetty, was from the community. But it’s a small community—about 1.25 lakh families—and Dravida politics has been the dominant force in Tamil Nadu. This may explain why the community’s influence is largely confined to the Sivagangai district. “Chettiars have almost no political heft,” says a community watcher. “They can’t count on votes from the SC/STs because of grudges from a time the community ruled the roost.”

A veteran journalist says, “The story of the Chettiars is the story of how a business community completely lost the plot.” But the mansions in Devakottai and Kanadukathan near Karaikudi are testimony to how some are moving with the times and embracing new businesses—many of the sprawling houses are now being run as heritage hotels, bringing in the money for the upkeep of the edifices and bringing worldwide fame to Chettiar cuisine and culture.

Being tradition-bound, the community hasn’t been very encouraging of women working or tending business. Says Vellayan, “At the moment, our women are not working in the Murugappa Group—for a good reason: we believe girls, when they marry into another family, will do better to be part of the husband’s family than take pride in the family they came from.” But Chettiar women are prominent in cultural and philanthropic activities, which the community is known well for. There are many educational institutions run by the community and the Tamil Isai Sangham, to promote ancient Tamil music, was founded in 1943 by Raja Sir Annamalai Chettiar.

“We can call ourselves a community of MNCs,” says Nagappan, referring to the travels undertaken by their ancestors to set up money-lending businesses. It was this that gave them the expertise to move into banking and finance—the Indian Overseas Bank, Indian Bank and Bank of Madura were started by Chettiars. There’s an apocryphal story about M.C. Muthiah, whose grandfather founded the Indian Overseas Bank. He employed a British architect to design the staff quarters, in the middle of which was a four-bedroom bungalow for himself. But when banks were nationalised, he had to give up the bungalow—much in the way the community has had to gradually withdraw from banking, its metier.

The Latters Of Thoma