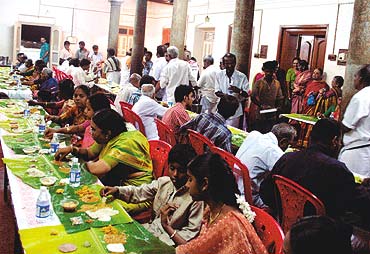 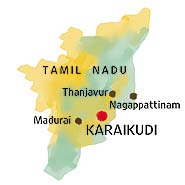 I will run miles from any restaurant in Chennai that offers me Chettinad chicken. Three hundred and four miles, to be precise, which is the distance between Chennai and Karaikudi, the home of real Chettinad food. After savouring the subtly spiced cooking of 60-year-old master chef R. Karuppaiah at the Bangala in Karaikudi, I gag when I recall the abused, bowdlerised version of Chettinad cuisine I've eaten elsewhere—yes, even in Tamil Nadu, the state of its birth.

In fact, every town in this state has restaurants offering 'Chettinad food' along with tandoori and Chinese. "In most restaurants, the food is oily, hot, and smothered with masalas and added colours," shudders Vislakshi Ramaswamy, co-author of the book, The Chettiar Heritage.

Real Chettinad food? It is the cuisine of the Nagarathar Chettiars, a trading caste that traces its origins to the Nagarathar (townspeople) who flourished in the Sangam-era port town of Kaveripoompattinam. At this point, they were apparently vegetarians. When a Pandyan king abducted a Nagarathar girl, the community moved to the 76 villages that comprise Chettinad, of which Karaikudi is the capital.

Here, they built magnificent fort-like mansions and hence came to be known also as Nattukkottai Chettiars (kottai means fort, in Tamil). The water-starved land yielded few vegetables and greens, so the Chettiars began to explore locally available meats. "Our ancestors took to eating kaadai (quail), rabbit and kovudari (partridge) and, of course, chicken and mutton," explains Meenakshi Meyappan, who runs the Bangala, a heritage hotel belonging to the MSMM family (all Chettiar families are known by their lengthy initials).

When the community saw the possibility of...