What Emperor Akihito’s visit should mean to India 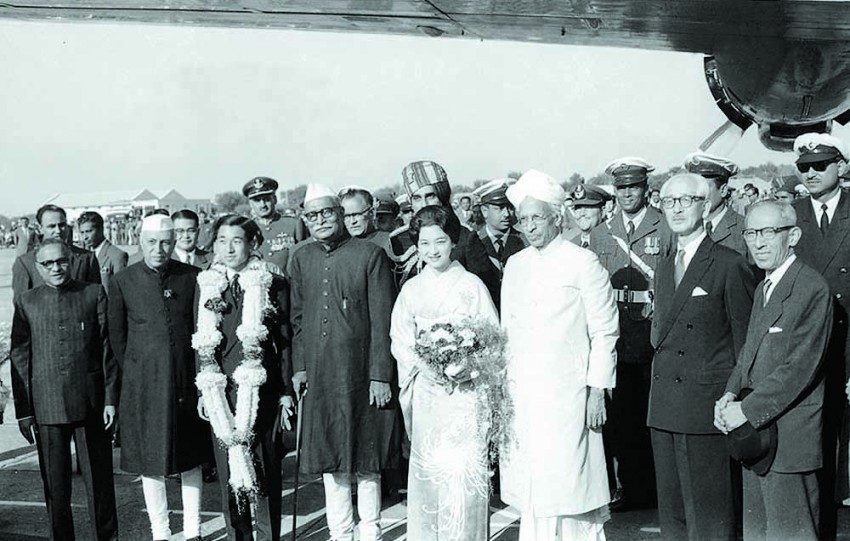 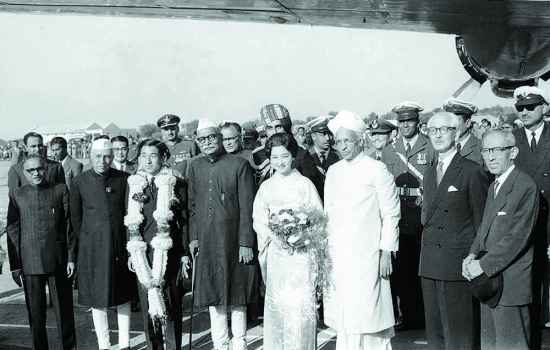 Japan has on quite a few occasions displayed amazing shakti to re-emerge from the ashes. Nothing explains Japan’s resilience better than its love of tradition and its faith in ancient institutions. Present-day Japan’s bonds with the past are underpinned by the haka­nasa philosophy: although everything, including life, keeps changing and is evanescent, memories are precious, and equally precious are the rites to honour ancestors. The attire and lifestyle may seem westernised, but because of an uninterrupted tradition of honouring civilisational icons, Japan retains its cultural soul and spirit. And to most Japanese, the quintessence of their culture—its humane face, as it were—finds representation in the emperor and empress of Japan.

Nothing can make Japanese society pay focused attention on any other nation or people as a visit of the royal couple. When Emperor Akihito and Empress Michiko arr­ive in India on a six-day tour, beginning November 30, all of Japan will be glued to the TV screen, watching India welcoming the couple they worship as living deities. The royals had visited India in 1960 as crown prince and princess and laid the cornerstone for the India International Centre in Delhi. Their second visit, as emperor and empress, comes 53 years later. It’s the most significant and strategically important visit of any foreign dignitary in many decades. It marks a new era of Indo-Japanese relations, which have the potential to definitively change the contours of power balance in the region.

If Japan and India are coming closer than they have been, it’s not because of the pressure of geopolitics, the Chinese factor or the need, as some pundits would sketchily emphasise, to strike an Indian presence in the growing competitiveness between the American and Chinese influence in the world. Instead, the coming together of Japan and India is the natural outcome of the “confluence of two seas”—the famous words of Japanese Prime Minister Shinzo Abe, who drew them from Dara Shikoh’s treatise on the Upanisads. Therefore, the visit of the royal couple is a gesture distinguishably singular and independent of any other strategic move.

In a widely appreciated speech at the United Nations, Emperor Akihito had underlined the importance of relations between people and connected it to water. He quo­ted from Hojoki, an essay written 831 years ago by Kamo no Chomei, a Shinto priest, and hoped that people of the world would continue a journey “towards better relations between humans and water”. He clarified the connection, saying, “Water-related disasters, which account for over 90 per cent of all disasters in terms of lives affected, can hamper sustainable development of the world.” Definitely, this is a perceptive emperor with his feet firmly on earth and an understanding of the world’s long-term problems.

What I fear, however, is that India—still driven by a colonial mindset that counts a discarded prince from London more highly than a time-tested ally, friend and soulmate from the continent—may not accord the Japanese royal couple’s visit the salience it deser­ves. This should not happen.

Indo-Japanese relations are measured more by trust than by economic data. It’s a relationship harking more than 2,000 years, even before Buddhism reached Japan. It’s believed there was a fair chance for the Japanese to use the Tamil script for their language, but a strange coincidence led them to adopt kanji (Chinese characters). Shintoism is close to Hinduism in the value placed on family, respect for elders and respect for nature. Then there is Japan’s help to Subhash Chandra Bose, its devotional admiration for Tagore, the chord struck in both cultures by temples and rituals—all of it capped by the eternally effervescent influence of Buddhism. All this puts India and Japan in orbits of mutual trust. It’s on this our future-perfect relationship has been based: the Maruti 800 revolution changed India in the 1980s. The recent Metro projects, the Western Dedicated Freight Corridor, joint military exerci­ses—they mark the future of bilateral ties.

The couple’s visit also announces, in a subtle, typica­lly Japanese way, a new assertiveness on the part of Japan, out of Washington’s foreign policy shadows. Already we have joint naval exercises. Now, Indo-Japanese cooperation will impact maritime strategies in the Indian Ocean, the South China Sea and the Pacific. The royal visit formally registers a paradigm shift, with a billion Sakuras blossoming for India.

(The writer is a Rajya Sabha MP and former member of the India-Japan Eminent Persons Group.)

A Taste Of Late-Season Cherry