It calls for no cinematic celebration, nor does it leave you with any major complaints and grievances. 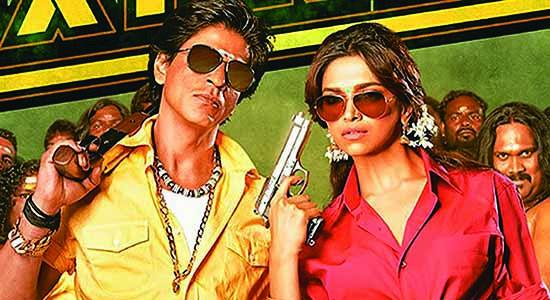 Looking for deeper meaning or cinematic profundity in a Rohit Shetty film is like searching hard for poverty in a Karan Johar flick or double entendres in the recently released and much-admired The Ship of Theseus. So Chennai Express turns out to be exactly what it was meant to be: a Shetty film with a touch of Shahrukh Khan. It calls for no cinematic celebration, nor does it leave you with any major complaints and grievances.

Rahul returns. Admittedly older at 40 years but still with a backpack slung on his shoulder and a train journey ahead of him in which he will discover the love of his life. SRK starts a trifle hemmed and subdued in a typically garish, comic-book and hitherto unfamiliar (to him) Shetty set. Things warm up gradually.

There’s a scene in where he yells “mummy” when, all of a sudden, he finds himself next to the villain. It had me chuckling. As did a few other self-deprecating moments. There are some genuine laughs when SRK spoofs himself and his own movies. Lines like “naam to nahin suna hoga”, “my name is Rahul and I am not a terrorist”. Or when he pulls the heroine inside the train a la DDLJ, and several other passengers too, capping it with “maine pehle bhi aisa kiya hua hai”. From Life of Pi to Singham, Shahrukh sends up many other films too. It’s this unadulterated, unapologetic madness that works. But never quite manages to get as sublimely silly as say a Baadshah. Primarily because the film wants to amalgamate other SRK personae as well—from the king of romance to the shameless peddler of Nokia and Airtel (like the “jo tera hai wo mera hai” moment). The result: a step ahead of Ra.One and Jab Tak Hai Jaan but a rousing Chak De India and a fun Om Shanti Om would be preferable any day.

There are interesting things SRK does here. Like how he amazingly allows himself to look small, puny literally. Forget the giant of a villain who he tells, “you are so tall, I am so small”, even the heroine towers over him. “Main to strong hoon hi nahin,” he admits. In the more emotional, romantic moments it’s the heroine who becomes the centre while he takes a backseat to her. He gets thrashed badly and doesn’t “win” the fights as any hero conventionally would to win the woman’s heart. But he still remains a star.

Most interesting is how the north-south divide, or rather the effort to bridge it, gets a lot more intricate in Chennai Express than it would seem on the surface. Yes, there are the geographical jumps and fake accents. But there’s no effort to dub or subtitle the Tamil portions for the north. Either you take it or leave it.