The Taliban regroup, a war comes full circle for the US. It can't lose focus. 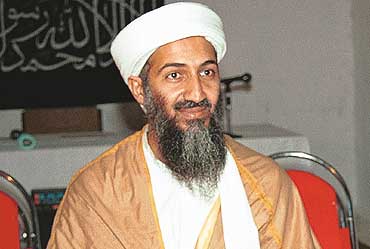 outlookindia.com
-0001-11-30T00:00:00+05:53
"It was just very, very exciting to be in that room with those men with their huge white teeth." Afghan warlords have often formed unusual alliances in times of conflict, but even by their standards, holding a war council with a clearly giddy beauty queen dressed in a pink jumpsuit and answering to the name of 'Snowflake' was hardly standard fare. Gulbuddin Hekmatyar has now been formally designated, by Executive Order 13224 of the United States government, a 'Global Terrorist'. But in January 1984, in the Pakistan frontier town of Peshawar, Hekmatyar, who later became perhaps the only serving prime minister in history to bomb his own capital, was busy charming Snowflake's boyfriend. Congressman Charlie Wilson was, according to his excellent and apparently authorised biography, a notorious drunken philanderer. He was a man who represented everything that the hard-line Islamist Hekmatyar despised. But Wilson, more than any other man, was determining the course of the Afghan war against the Soviet Union. With messianic fervour, he had used his position in Congress to bully a reluctant CIA to accept and spend hundreds of millions of dollars to fuel the anti-Soviet jehad. And Saudi Arabia was matching the money he raised almost dollar for dollar. Men like Hekmatyar and his Hizb-e-Islami group were falling over themselves to get hold of the cash.

A lot has happened since. The guns and training camps Wilson's funding paid for drove out the Soviet Union but also radicalised and armed a generation of young Muslim men. It helped create the instability that produced the Taliban and Al Qaeda. And it eventually brought America back into an Afghan war, but this time with many old friends as the enemy.

Earlier this year, there was another war council and this time Hekmatyar was being represented by his son, Jamalaudin. Now though, they were talking about killing British and American soldiers, not Soviets. There were no beauty queens but some of Hizb-e-Islami's new best friends were equally as surprising. This year's war council met in the village of Barawal Bandey just on the border in Pakistan. Their aim was to build a closer alliance to try and kill as many as possible of the new British deployment of 3,000 in Helmand province next month.

At the meeting was a man calling himself Abu Khalid Al Misir, representing the Al Qaeda. He brought a message from Abu Musab Al Zarqawi offering support and expertise from the militants fighting in Iraq. That included training and materials to make the kind of improvised explosive devices that have killed so many western troops since the war began there in 2003. And he urged more suicide attacks against what were described as the 'crusaders and the agents of the Jews'. "We have," he said, "been washing the infidels with their blood, you should do the same. If Afghans defeated the Russians, why not the Americans?" It seems to confirm the link between the militancy in Iraq and in southern Afghanistan, something the Americans are increasingly concerned about. At present though, it seems to be only ideas and techniques that are being exchanged, rather than fighters.

What was given out at this meeting though was money. Just like in 1984, Hekmatyar and Hizb-e-Islami were at the receiving end, although it was also shared with the several factions of the Taliban attending the meeting. The Harkat-ul-Mujahideen were there and would have spoken for the Pakistani militant groups. And, allegedly, also taking part were two Iranians but it's unclear who they represented. The war council agreed to cooperate and increase their attacks in southern and southeast and southwest Afghanistan. This is an approach tried in Kunar province where the American army has suffered some of its worst casualties.

The truth is, there is nothing the western intelligence agencies would like more than to see Iran tarred with involvement in militancy in Afghanistan. And the Afghans are not even private anymore regarding their fury towards Pakistan. Afghanistan is a country where rumour and propaganda are as important a currency as the dollar bill. Intelligence services, whether Afghan or western, are paid to lie and discredit their enemies. But the source for this information has in the past proved to be extremely reliable.

However, even without this report there are other signs of covert meddling in Afghan affairs that are beginning to frustrate the people trying to put the country back together. A senior member of the Afghan government told me there was growing suspicion in Kabul about what Iran was up to. At present, he believed Tehran was simply keeping its options, and its lines of communication, open with all sides. But it didn't mean, he said, that Iran was necessarily actively involved now in supporting militancy in Afghanistan in the way the US has accused them in Iraq. Another Afghan official pointed out that Iran might be more interested in preparing for options against America if there was a military attack over the nuclear row. The best way of hitting back for Tehran wouldn't be by conventional means, he said, but by targeting US troops in the countries next door.

But the greatest suspicion of interfering in Afghan affairs is being directed at Pakistan. This was starkly illustrated when US President George Bush said in Islamabad in early March that "part of my mission today was to determine whether or not the president is as committed as he has been in the past to bringing these terrorists to justice". He did then go on to give Pakistan President Pervez Musharraf a clean bill of health but to even ask the question was an admission of serious concern. There is no doubt that General Musharraf has risked much, including his own life, by siding with the US post 9/11. But there is now a clear division between the government in Kabul and the West over the perception of the role Pakistan is playing regarding violence in the south. The West believes Pakistan must try harder to control cross-border militancy. Kabul believes Islamabad already has control of the militant groups but is simply turning a blind eye to their actions.

The question, though, that will be worrying Kabul and the western powers most is who organised the war council in Barawal Bandey? Who is attempting to pull together the various desperate groups to form a single focused entity?

There's no doubt that a lot more could and should have been done to stabilise what has always been the most troubled of Afghanistan's provinces. Five years after being kicked out of Kabul, the fact that the Taliban aren't consigned to the dustbin of history is an indictment of the failures of the international community. Afghans believe the war in Iraq is the biggest reason. The American resources that could have transformed Afghanistan and secured the whole country from Taliban resurgence were instead diverted into toppling Saddam and then trying to deal with the terrible mess that followed. The couple of hundred US troops that were in the south were only bothered about catching one man, Osama bin Laden. Special Forces are trained to kill, and that's about it. And in the south, what one Afghan described to me as their 'Shoot first and don't bother with the questions' approach alienated the local population. British officials acknowledge privately that the Americans did little more than carry out raiding parties against the Taliban and Al Qaeda. They left the locals to fend for themselves in one of the most lawless parts of the country. The British troops are deploying in much larger numbers and with much more interest in winning hearts and minds. They've already made a good start by refusing to move into Helmand until the worst examples of misgovernance in the province, by people like the former governor Mullah Shermohammad Akhund, were removed.

The newly appointed governor of Helmand, Eng Daoud, is considered to be clean and against the drugs trade which is fuelling the Taliban resurgence. The Taliban in Helmand have been promising the locals protection of their poppy fields, in return for support with their attacks against western troops. They are being led by a former Taliban education minister, Mullah Amir Khan Muttaqi. They operate in small groups of 10-20 although they can collect up to 70 for bigger attacks. The Maiwand district, which borders Kandahar with Helmand, is currently the stronghold of the insurgents. There are said to be between 300 to 500 fighters, including Pakistanis and Arabs. They are headed by Mullah Ghafar, who is from the neighbouring Greshak district and has his own force of up to 35 men. He is allegedly in regular contact with the Iranian secret service via an Afghan-Iranian Baloch tribal family which is heavily involved in the opium trade. Ghafar is likely to be a threat to the British and Afghan troops as they try and eradicate the poppy crops. There are also reports that Iranian-made heavy machine guns and rocket launchers have also been delivered to militants in the region which would make them much harder to fight. The Afghan government, though, says the majority of the weapons the Taliban use are not from Iran but from Pakistan.

The people who will ultimately win or lose this war against this new alliance of militants and insurgents are not the British and American troops but the newly formed Afghan National Army (ANA). They are trusted and respected by the local people and they, not the foreign troops, are really at the frontline of the war. But while the ANA are disciplined and dedicated, they are badly resourced. It's ironic that many of the Afghan soldiers are now hunting men they once fought with against the Soviet Union. What's worse, though, is that the ANA is still fighting and dying holding the outdated Kalashnikovs Charlie Wilson's money bought them last time around.