Trusts run hospitals on prime land they get at cheap prices. Then big chains take them over and enjoy tax breaks. 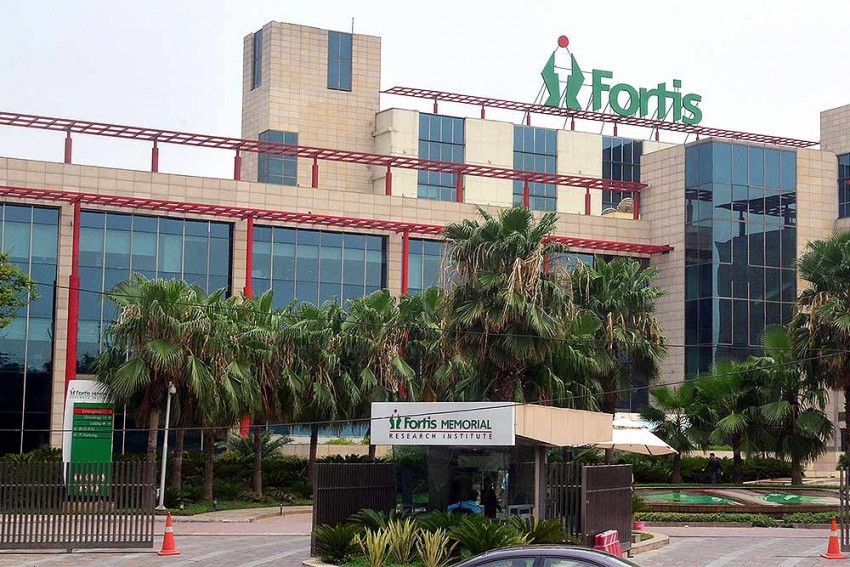 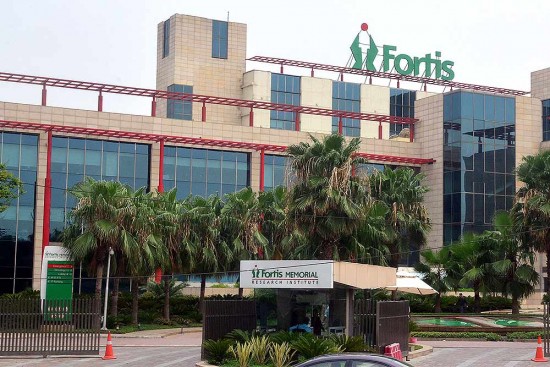 Seven-star facilities with swimming pool, auditorium, multi-cuisine food court, fully equipped gym, shopping arcade and a 3,000-sq-ft suite. Features akin to that of a luxury hotel will naturally hit the eye when a hospital comes under scrutiny for whether it offers the mandated 10 per cent of its 1,000 beds to poor patients. The Fortis Memorial Research Institute in Gurgaon, in the headlines after the Adya Singh case, stands on absolutely prime land. Hospitals get such land allotted at subsidised rates citing this social obligation. And RTI activist Harinder Dhingra—who fished out the details of this hospital (11.5 acres, allotted for Rs 19.77 crore on freehold basis in 2004)—expressed a commo­nly felt truth when he says “not many fulfil the terms and conditions.”

But there’s another tale behind how big private hospitals wangle prime real estate: a fact that visibly dominates the urban landscape. Mega healthcare chains like Max and Fortis have evolved a lateral way to mine for gold—taking over smaller hospitals run by charitable trusts. This is besides the smaller neighbourhood private hospitals they acquire through fresh investments and acquisition of shares from existing promoters.

In 2016, the Delhi government asked five top hospitals to deposit “unwarranted profits” of Rs 600 crore for refusing free treatment to the poor.

The figures are revealing. Nearly one-third of hospitals run and managed by Max and Fortis have been taken over from what were earlier charitable trusts. Max Super Specialty hospital in Saket, for example, is stated to be a unit of Devki Devi Foundation. “After Max took over the trust, the hospital bought adja­cent land at highly concessional rates and set up its west wing there. By this time, the management had apparently figured out the advantages of the model and took over the nearby Saket City Hospital, run by a trust called the Gujarmal Modi Hospital and Research Centre for Medical Sciences, and re-branded it as Max Smart Super Specialty Hospital,” reveals an activist. The gains are not to be scoffed at. As per an investor presentation that Max made in November 2017, the Saket facility—spread over 11.5 acres—presents the opportunity to create Asia’s largest medicity in the heart of South Delhi.

Other Max facilities taken over from trusts include one in Delhi’s Patparganj, a unit of Balaji Medical Diagnostic Research Centre, and in Noida, a unit of Four Seasons Foundation. The Max branch in Vaishali is a unit of Crosslay Remedies, which earlier managed it in the cooperative style as the 300-bed Pushpanjali Crosslay hospital. According to the Max investor presentation, Pushpanjali is strategically situated on National Highway 24, barely five minutes from the Patparganj facility. “It has the potential to dominate east Delhi and western UP,” it adds.

Ditto with Fortis, whose Mohali hospi­tal was its first commercial operation and which now runs five hospitals as part of the Escorts group in north India. The group took over the management of the Flt Lt Rajan Dhall Foundation-run hospital in Delhi’s Vasant Kunj. It bought the La Femme boutique hospitals from Sunrise Medicare. The group also signed an agreement with Khalil Public Welfare Trust for the operation and maintena­nce of Khyber Medical Institute, Srina­gar. Fortis had also executed a similar agreement with Seth Jessa Ram and Bros Charitable Trust for Jessa Ram hospital in Karol Bagh—one of the oldest in the capital—but the deal fell through. It acquired a relatively small Aashlok hospital in Delhi’s Safdarjung Enclave, as also Hiranandani Healthcare in Mumbai. Fortis didn’t respond to Outlook.

Senior advocate Ashok Agarwal, foun­der of lawyers’ collective Social Jurist, says big healthcare chains are gobbling up smaller hospitals to expand their footprint. “Taking over an established, running hospital—whether by a trust or a private entity—makes a lot of sense for them. They get the existing infrastructure and a customer base. Starting from scratch is not an easy task. The cost of setting up a hospital is very high…it comes to around Rs 1 crore per bed. So a new 100-bed hospital will cost Rs 100 crore,” Agarwal tells Outlook.

Hospitals run by trusts, he says, generally have prime land allotted long ago. When a big chain like Max or Fortis takes over, the existing trustees resign to give way to the new ones. “The trust remains as it is, with a new management in place. It is as per the law and above board,” Agarwal explains. The only thing, he adds, is that the new management must continue with the trust’s “charitable activities”, fulfilling the aims for which it was set up. Such hospitals also get tax breaks.

Trusts managed by bigger chains (as also those that continue to run their own hospitals) have frequently been pulled up by the I-T department and the courts for not fulfilling their obligati­ons. Chie­fly, treating EWS patients for free—10 per cent of in-patients (i.e. those admitted), and 25 per cent of all those who visit the OPD. 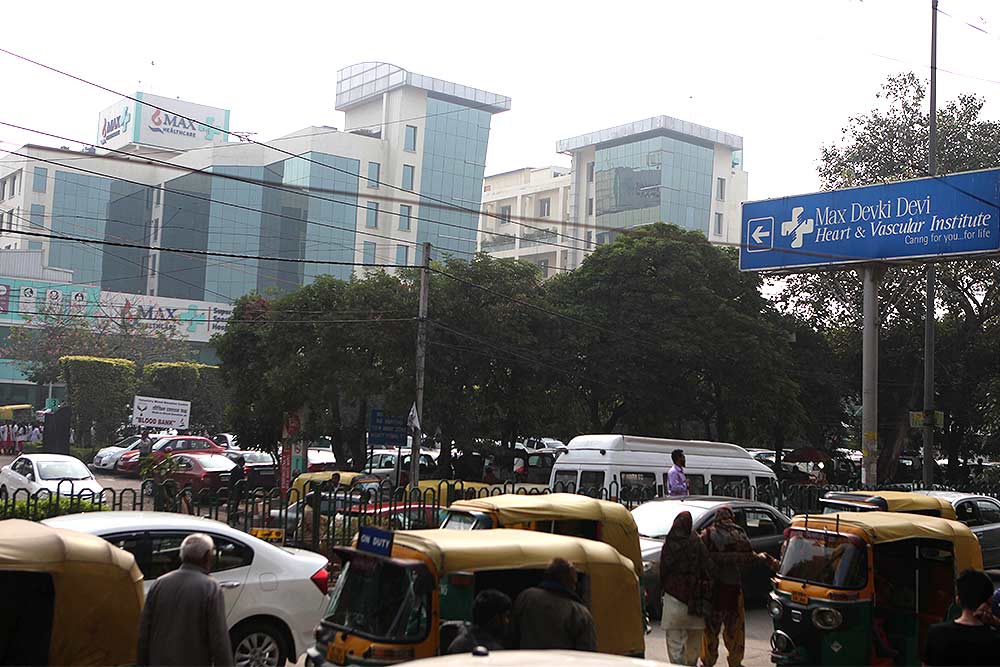 Max at Saket in Delhi

In Delhi, 51 hospitals are under obligation to treat EWS patients free, setting aside a total of about 1,700 beds for their treatment. Hardly any one of them fully abides by this part of the lease agreement. In 2016, the Delhi government asked five hospitals to deposit “unwarranted profits” amounting to Rs 600 crore for refusing free treatment to the poor. These were Max in Saket, Fortis Escorts Heart Institute, Shanti Mukand hospital, Dharamshila Cancer hospital and Pushpawati Singhania Research Institute. The same depressing pattern in Gurgaon: Rs 134 crore was recovered from Fortis, Medanta Medicity and Artemis.

A 2017 CAG report observes that so-called charitable hospitals have netted I-T exemptions worth hundreds of crores of rupees but do little or no charity. Various sections of the I-T Act allow hospitals, nursing homes and medical research institutes to avail exemptions and benefits if they are registered as trusts, the report says. These include: lower rates of import for equipment, land on long lease at low rates, subsidies in utility bills, income-tax waivers.

In an audit of 11 hospitals registered under the Bombay Public Trusts (BPT) Act, CAG found most did not offer free treatment to the poor. Most states do not have laws like the BPTA that cover trusts, and the latter are covered under the Societies Registration Act, 1860.

In Delhi, the director of I-T (Exemptions) had cancelled the registration granted to Devki Devi Foundation ­under Section 12A of the I-T Act in 2011. Devki Devi was no longer functioning as a charitable institute ever since it entered into an agreement with Max in 2001, the director stated, and Max was running the hospital with a profit motive—the foundation being reduced to a “special purpose vehicle” to take advantage of concessional land and to pass off profits to companies belonging to the Max group.

The land was allotted to Devki Devi Foundation by the government vide a perpetual lease deed in 1996. As per its terms, it was to provide 10 per cent free treatment to in-patients and 20 per cent to those availing OPD services. The OPD limit was later increased to 25 per cent by a high court order. The I-T inquiry found these terms had been violated. Also, the foundation’s title deeds were hypothecated to the bank to raise loans to benefit Max, a profit-making concern.

The foundation argued that it had made provisions for free beds and treatment but “if poor people do not come forward and avail free medical services, it could not be blamed for it”. The I-T appellate tribunal, refusing to buy the argument, stated: “It is a matter of common knowledge that poor patients are not given admission by private hospitals as they cater to only the elite…. These private hospitals have been made in a five-star style and do not allow even the entry to poor people in its corridors. In government hospitals, poor patients are lying in verandahs and open spaces in wait for their turn for admission for days together and it is not believable that they will not come forward for treatment in hospitals providing all modern facilities free of cost.”

The tribunal upheld the cancellation of I-T exemption to Devki Devi in a 2015 order,  stating: “The assessee is running…a hospital totally on commercial lines to extract the maximum revenue from its patients and, therefore, could not be said to be charitable in nature.” The matter continues to be in appeal.

A spokesperson for the Max group maintains “no EWS patients are turned back”—and they simply do not get enough people under the category. The hospital could not be expected to go looking for EWS pat­ients, the spokesperson says, adding they would be happy to treat them if government sends them there. The government should better maintain its “database on availability of free beds” so that “EWS patients can benefit,” he suggests.

A Devki Devi Foundation spokesperson told Outlook that as many as 1,02,421 EWS patients had benefited from OPD services in the last three years, and 8,337 in-patients. In a written response, Devki Devi says it has engaged Max as it has in-depth expertise in operating quaternary and tertiary care hospitals. It denies any activity by Max only for profiteering. “The genesis of our engagement is solely based on providing quality medical care and on established, prudent commercial practices. Our agreement terms with Max Healthcare do not allow for/lead to unreasonable profits for the latter,” the response said.

“Tertiary healthcare provision is capital-intensive in a talent-starved market and Indian healthcare costs are perhaps the lowest in the world,” it said, adding: “Most private healthcare providers in India are operating with single-digit ROCE (return on capital employed), which is even less than the cost of capital,” wrote the Devki Devi spokesperson. A statement that would strain the credulity of most.