Every party has one: a Brahmin drafting canny political strategy 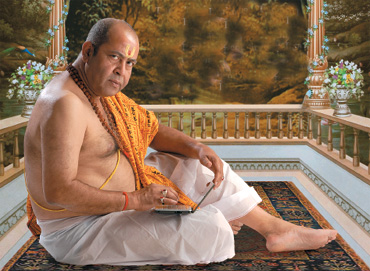 Indeed, over the years, as democracy took root in the country, and upper caste-led social combinations crumbled to make way for OBC/SC-dominated groupings, sheer numbers became a key political determinant. The political clout of the Brahmins, just five per cent of the population, withered. The current Lok Sabha may have 50 Brahmin MPs, 9.17 per cent of the strength of the house, but it is down from 19.91 per cent in 1984. Only four of the UPA’s 30 cabinet ministers and just three CMs—West Bengal’s Buddhadeb Bhattacharya, Uttarakhand’s B.C. Khanduri and Delhi’s Sheila Dikshit (by marriage)—are Brahmins.

But even though Brahmins are no longer as visible on the political landscape, a closer look at our parties, across the political spectrum, throws up an interesting insight. Most of the country’s political strategists and backroom boys—those running the country’s political war rooms, advising party leaders, drawing up electoral battle plans, negotiating tricky alliances, crunching numbers or just working on slogans and spin—are from among the ‘twice-born’. Evidently, Gadgil’s ‘Maharashtra model’ is not just an apocryphal story.