Star of the Indian team that won the ICC Under-19 World Cup recently, Manjot Kalra talks about his century in the final, bowling attack of the rival teams, and how he honed his batting skills under the watchful eyes of coach Rahul Dravid over the past 12 months. 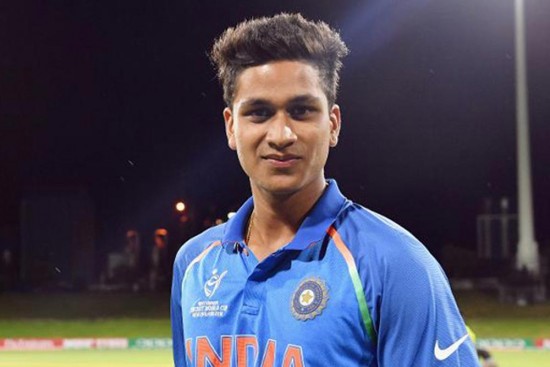 Say the word ‘January’ and you start shivering, and New Zealand sounds like a cold place anyway. But it’s on the other side of the Equator! January is the warmest month in Maori land—which means 20-22°C max. Our team had reached well in advance, primarily to get a feel of New Zealand grounds. It was my first time here, I’d only seen England and Malaysia before this. The first thing you notice here is the breeze. It’s strong, and it’s constant. The grounds we played on were open, no high stands around. So it was there all the time, that draught blowing across the face, across the ground. Never letting up, almost nagging. You have to get used to it. You also need to get used to its effect: the ball travels faster on one side, that is, towards the direction of the wind. This was true of all the grounds we played on. My favourite one: the Bay Oval, Mt Maunganui. Our first match was there (we beat Australia). So was our last (we beat Australia again, in the day-night final). Fast outfield, good floodlights...all good!

My Day at Maunganui

I will not try to be modest and not talk about it. The high point of my campaign has to be my 102-ball 101 n.o. in the final! How could it be not? It helped India win the title and fetched me the ‘Player of the Final’ award. I’ll remember that knock throughout my life. Australia’s bowling attack was pretty good. But we had faced them earlier in the tournament, in that first league match that we’d won by 100 runs. I’d scored a 99-ball 86 in that match, so I thought I was well prepped going into the final. Still, we knew there could always be a twist. Sure enough, rain briefly...