Canoe In A Sea Of Opportunities

Illnesses may have turned him into a figurehead, but the nonagenarian M. Karunanidhi has made sure the DMK can’t be imagined without him 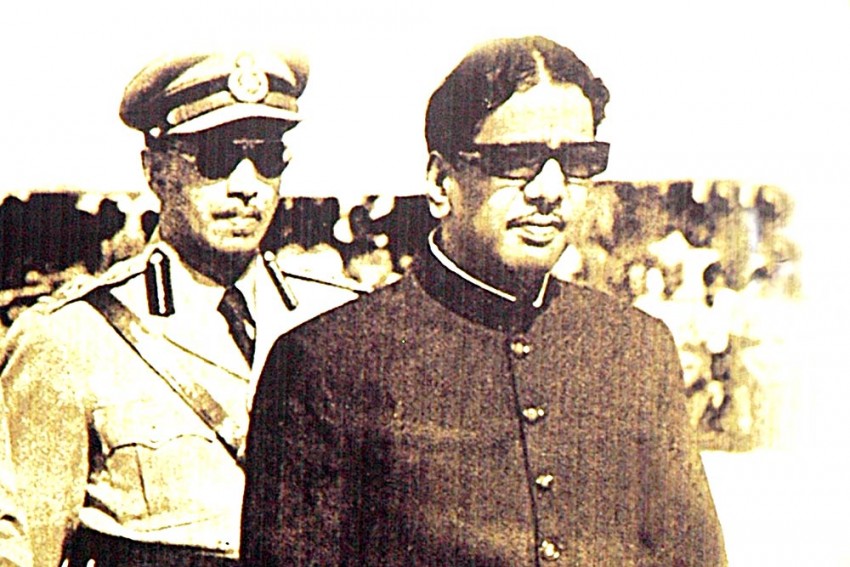 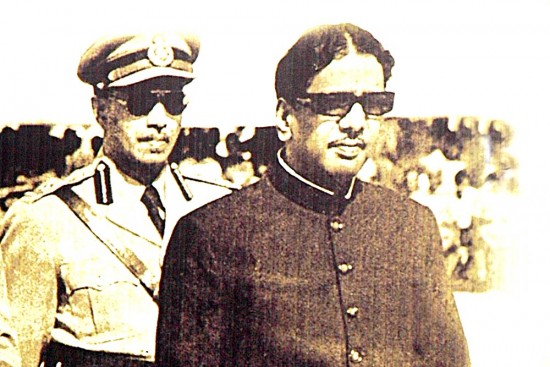 Among the leaders of modern India, Dravida Munnetra Kaghazagam (DMK) patriarch M. Karunanidhi, who turns 94 on June 3, has an enviable record of 60 years of a legislative career and 20 more in public life. In the Tamil literary tradition, aram paaduthal is when an intended or unintended poetic prophesy comes true. Karunanidhi, a poet among other things, may have done just that, albeit in verse, when on May 10 last year he declared he would retire “only if nature does something to me”. Only months later, age-related illnesses would turn the nonagenarian leader—whose life until then had been characterised by prolific writing, speaking and intense political activity—into a figurehead of the party he has led since July 27, 1969.

Today Karunanidhi is emblematic of World War II-era US General Douglas MacArthur’s famous words: “Old soldiers never die, they just fade away.” Until nature overcame him, Karunanidhi was known for his phoenix-like ability to rise from his political ashes. In 1971, when he was at the zenith of his first political innings, his followers compared him to Sheikh Mujibur Rahman of Bangladesh. However, his worst nightmare would also begin soon thereafter in October 1972, when ally-­turned-rival MGR broke away, levelling charges of nepotism and corruption that have dogged Karu­nanidhi’s political career ever since.

The crippling Emergency, the Sarkaria Commission probe, political wilderness, allegations of nexus with the LTTE, the discrediting campaign in the wake of Rajiv Gandhi’s assassination, the Jain Commission’s interim report and the hugely debilitating charges of family rule and scandals in the UPA-II government are only some troughs that Karunanidhi has faced. To bounce back, he has politically done the unthinkable at times: allying with Indira Gandhi in 1980 and the BJP in 1999, actions that were seen as unabashed political opportunism by his detractors and as ast­uteness by his followers.

Under his leadership, the DMK has seen unprecedented highs as well as lows. Karunanidhi once famously said, “I know my height,” when asked if he had prime ministerial ambitions. Though only five feet five inches in height, the politically consummate, charismatic and never-tiring regional chieftain has frequently punched above his weight (and height) nationally, not the least in 1999, 2004 and 2009 when the DMK’s support proved crucial to government formation in Delhi.

Karunanidhi has done the unthinkable at times: ­allying with Indira Gandhi in 1980 and the BJP in 1999, actions his detractors saw as political opportunism.

Karunanidhi’s success has not come easily. Hailing from a modest backward caste family, Karunanidhi had to constantly battle his way forward. At 12, as a boy, he threatened to drown himself in the town’s pond, making the Thiruvarur high school headmaster change his mind and admit him. This presence of mind and perseverance have stood by Karunanidhi as a leader. Even as a teenager, the Dravidian Movement’s precepts of self-respect and a casteless and egalitarian society appealed to the young lad, who would soon cut his teeth in films and politics.

But it has not been all shine for the DMK under Karunanidhi. The Emergency measures were so harsh that some advocated disbanding the DMK and turning it into a social-welfare outfit. Many senior leaders feared Karunanidhi was taking the party down with him. At this point, the then ­assembly speaker Pulavar Govindan wrote him a letter, requesting him to step down. In his lengthy reply, Karunanidhi said they could have given him poison instead and that a good politician should be like a captain who would not desert the ship even if it were to sink.

Despite what those leaders thought of him, Karunanidhi had long become the party himself. Notwithstanding the Emergency, men and women travelled to Madras (now Chennai) in buses and vans to meet their leader, get photographed and contribute to the party’s legal defence fund against the Sarkaria Commission. As the governor’s reg­ime then began to create difficulties for them, the DMK men and women dressed as pilgrims and tonsured their heads, except that their shrine was their leader’s abode. While party elders were so stricken with fear of associating themselves with Karunanidhi, droves of families came every day to hold his hand, shed tears and assure him that they were with him. It was then, on August 20, 1976, to be precise, that Karunanidhi said in Coimbatore: “Whether it is going to be criminal proceedings against me, or life imprisonment, or gallows, or any altar where I may be tortured or killed, I have this great confidence that I have a place in the altar of your hearts. Hence I continue to speak to you and write to you.”

In his 48 years of stewardship, the party has been out of power for 27 years in the state. And in 1993 the party split. But he held the party ­together during the lean years. In the wake of the DMK’s unexpected defeat in the Tamil Nadu assembly elections, Karunanidhi had said on June 1980: “Oh Tamils, if you throw me into the seas, I will float as a catamaran for you to use me to sail; if you throw me into the fire, I will become ­firewood so that you could cook and eat. If you strike me against a rock, I would not shatter into smithereens. I would bec­ome like the coconut thrown against the ground, become smaller pieces, turning into an eatable for you. Oh Tamils. You can do whatever to me; I will always serve you.”

Even until recently, Karunanidhi continued his five-decade-old practice of writing a missive ­instructing or exhorting his “siblings” whenever possible. Not a week passed without a well-argued statement from him on political and social issues. Karunanidhi is the only politician of his age and stature who at one point had a following of 4.8 lakh on Facebook.

In the 2016 assembly elections, despite his infirm speech delivery at times, cadres waited on cue to cheer him lustily at his ­customary opening reference to them as “my dearer than life siblings”. On his birthdays, thousands of cadres queued up to get a glimpse of him, touch him and wish him. Their pure and simple affection for their leader is extra­ordinary and seen to be ­believed. This birthday might be the first where they may not be able to see their leader because of his physical infirmities—that is unless his doctors permit him to grant an audience to his “siblings”.

(The writer heads the Basra office of the UN Assistance Mission for Iraq. His MGR: A Life will be published shortly.)