As farmers starve and die, an aloof government jumps to protect cows 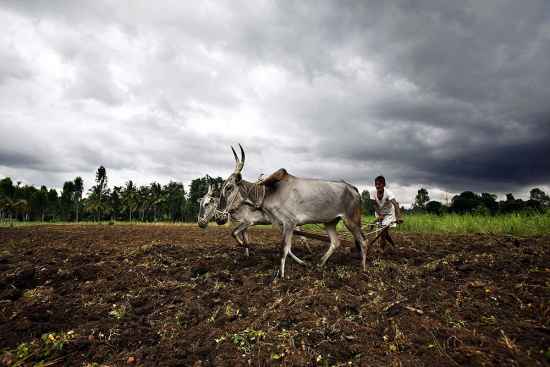 It is clear that not cows but small farmers are dispensable for the Maharashtra government. Though in the course of three months more than 600 farmers in the state have committed suicide, the state government has not taken additional, ameliorative steps to help.

Nitin Gadkari, a Union minister, has advised farmers to increase production, use improved seeds and not just depend on the government. Devendra Fadnavis, the chief minister, had alacrity enough to accept in principle a plan for a flashy nightlife in Mumbai and other cities, but has not taken cognisance of the tragic end of hundreds of farmers. Cows being sacred to him and his administration, he unearthed an old legislation and declared a ban on cow slaughter.

Drought and famine are frequent visitors to Maharashtra, but in the course of five decades no government had been so callously indifferent to them. During such calamities past ministries started public works, and all parties helped the government. Economists like D.R. Gadgil and later, V.M. Dan­dekar, organised relief camps. Opposition leader Datta Desh­m­ukh’s contribution was remarkable.

Though the incumbent government’s treasury has funds for lavish memorials and imposing statues, it lacks funds to help farmers. Hence, it wants farmers to fend for themselves. Utilising funds for various flyovers and for the bullet trains from Mumbai to what is now the second most important city in the country, Ahmedabad, is a priority.

Even if the state government is unable to undertake relief works for destitute  farmers for the want of money, it takes pride in giving priority to the ban on cow slaughter and shutting down abattoirs, thereby sacrificing revenue and adding to the already swelling unemployment the cost for the farmer to dispose of cows he cannot afford.